How to Create and Connect VPN Server Windows 10 - Detailed Tutorial

Nowadays, a virtual private network (VPN) plays an indispensable part in our daily life. People rely on it to hide online activities and improve internet security. But how can VPN users connect to a secured VPN network? The answer is VPN servers. It is a combination of VPN hardware and VPN software technologies especially configured to host and deliver VPN services. Without it, it is impossible to run a VPN client. 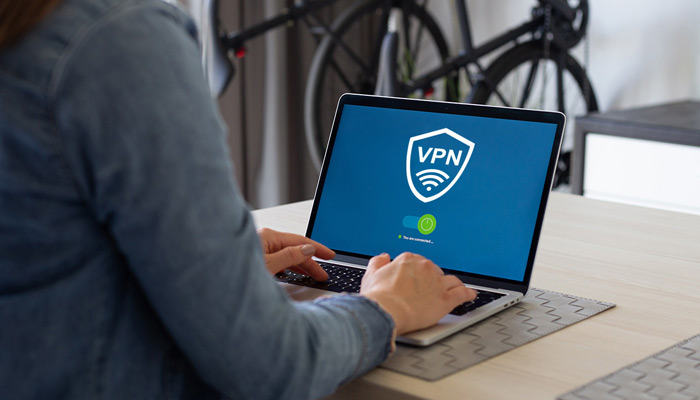 One of the fastest ways to connect to a free VPN server Windows 10 is via the professional VPN provider: iTop VPN. Putting people’s privacy as the top priority, iTop VPN provides free, high-speed, and secured internet access with military-grade encryption. It has more than 1800 VPN servers in 100+ locations, allowing people to break geo-restrictions and enjoy a global network. More surprisingly, iTop VPN sets no cap to limit bandwidth speed, which means people can always get accelerated speed for gaming, streaming, browsing, working, and socializing.

The followings are the main highlights of the free VPN you can’t miss:

Providing the VPN for Windows, iTop VPN is compatible with multiple Windows systems, including 7/8/10/11.

With dedicated VPN server Windows 10, people own a static IP address to access a single website hosting account. In this way, it is easier to bypass VPN blocks and login websites smoothly.

iTop VPN hides and disguises your internet traffic with military-grade encryption technology, preventing you from being tracked by advertisers, government agencies, internet service providers, and hackers.

Among all free VPNs in the markets, iTop VPN has shown a decent speed performance, and people can watch SD, HD, and ultra-HD quality videos buffer-free on Sling TV, BBC iPlayer, Hulu, Netflix, and the like through iTop VPN connections.

The Kill switch is an advanced security feature to prevent data leaks (IP address & DNS request) when the VPN service stops working. When the function is activated, iTop VPN will automatically close the connection tunnel so no traffic will enter or leave your devices.

Another shining point of iTop VPN is its DNS protection feature. It can not only protect your DNS configurations from being modified by malware but also make it possible to change your DNS to public DNS providers like Google, OpenDNS, Verizon, Comodo, and DNS Advantage.

Split tunneling is a practical feature that allows people to route some of the applications to the encrypted tunnel while other applications remain using the normal (and faster) internet connection.

Furthermore, iTop VPN has a handful of other features, including ads block, browser privacy, security reinforcement, no logging policy, quick access, etc. It is a functional, versatile, safe VPN that people can 100% trust.

Next, we will walk through detailed steps to set up free VPN server Windows 10 with iTop VPN.

Step 1. Download the best free VPN for Windows 10 and install it on your PC.

Step 2. Double click the iTop VPN icon to pop up the main interface. On the left column, click the All Servers option in the navigation panel and choose a free or VIP line as your VPN server Windows 10 for connection. 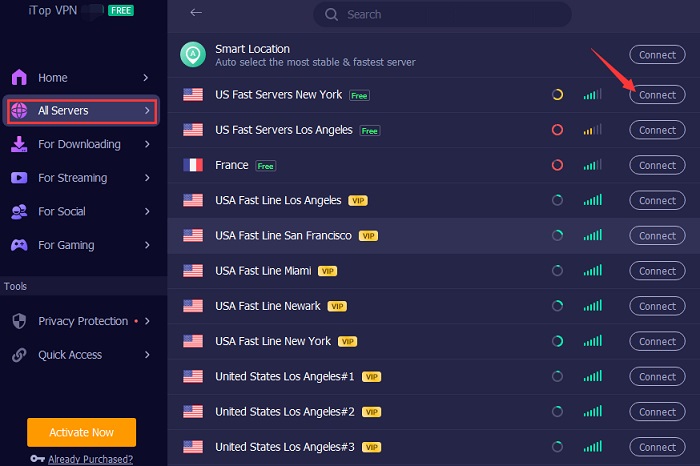 Step 3. Click the Connect button to get connected to the free VPN server you chose. 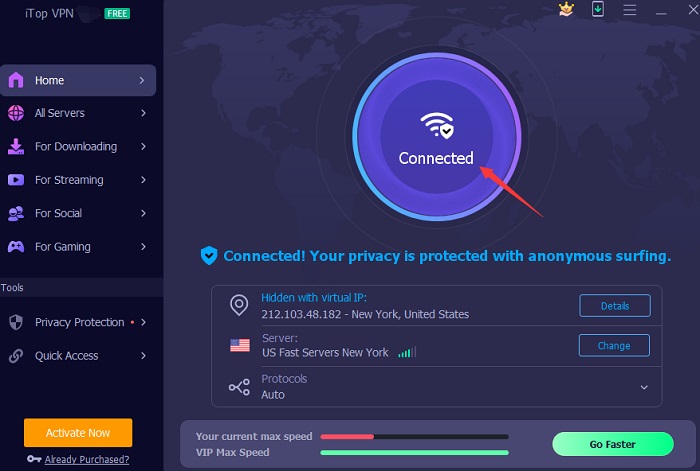 Also Read: How to Choose the Best Server Address for VPN >>

Windows comes with a built-in VPN service to help people create a free VPN server for Windows 10. However, it is a more complicated process and requires relevant tech knowledge to get things rolling. Below is a comprehensive tutorial demonstrating detailed steps to set up VPN server Windows 10.

Type ncpa.cpl in the search box in the taskbar to open the Control Panel. Navigate to the Network Connections window and press the ALT key to reveal the menu tabs. 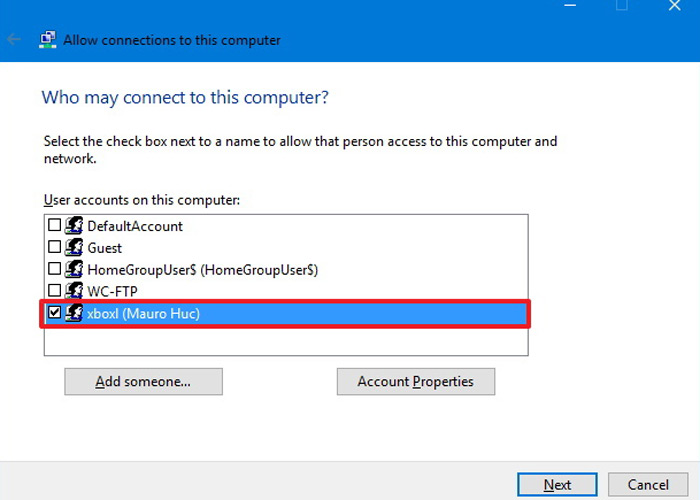 Select the network protocols for incoming connections, and hit the ‘Allow Access’ button to set up your VPN server Windows 10. 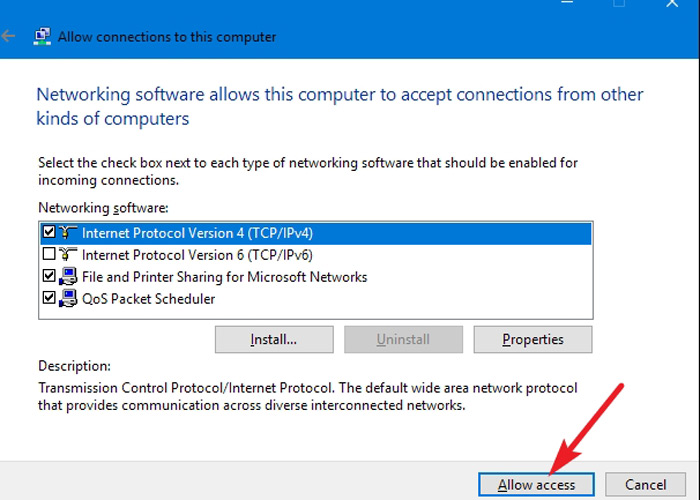 After the network and port configuration on your end, you need to allow VPN connections through firework to make the VPN server Windows 10 work.

Click on the Search icon in the taskbar and type ‘Allow an app through Windows firewalls’. Select the first result to direct to the Windows Firewall window. (If it doesn’t work, type ‘allowed app’ in the search box > Firewall & network protection > Allow an app through the firewall.)

Hit the Change settings icon, and scroll down the list to tick all the boxes (both Private and Public) of the Routing and Remote Access option. 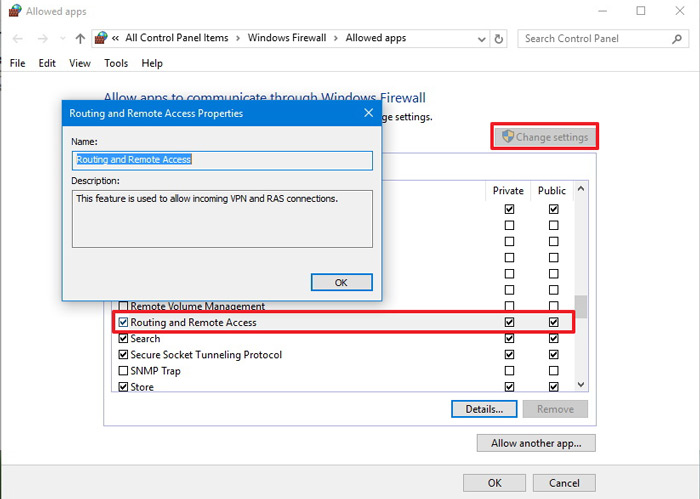 Confirm the change by clicking the OK button, so you have enabled the VPN server Windows 10 on your Windows firewall.

Fill in the following information one by one. 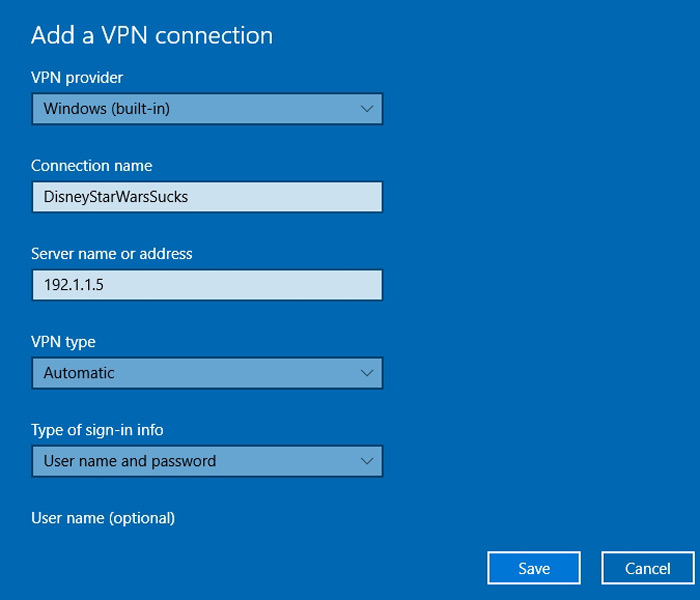 Once finished, click the Save icon. Now you can make the connection to your VPN server Windows 10.

To sum up, the article introduces 2 approaches to set up and connect a VPN server for Windows 10. After comparison, using iTop VPN is obviously an easier and faster way for a free VPN server Windows 10 creation. In addition, iTop VPN provides users with thousands of high-quality servers to choose from. Therefore, download the iTop VPN and take a try now!