WhatsApp has become an essential part of everyone's life to connect with their loved ones. This article explains the best WhatsApp VPN to break the restrictions.

While WhatsApp is the most popular app among the world's population, there are some regions that have banned access to the app. The app comes with a handful of features to communicate with people and the business community. Looking for an idea to get hands done on the app?

Fortunately, you have a WhatsApp VPN option for those countries or areas where WhatsApp access is limited. It is quite difficult to find the right service that would help you connect with your friends and family living abroad. This article will cover one free VPN service to break the geo-restrictions of WhatsApp worldwide. 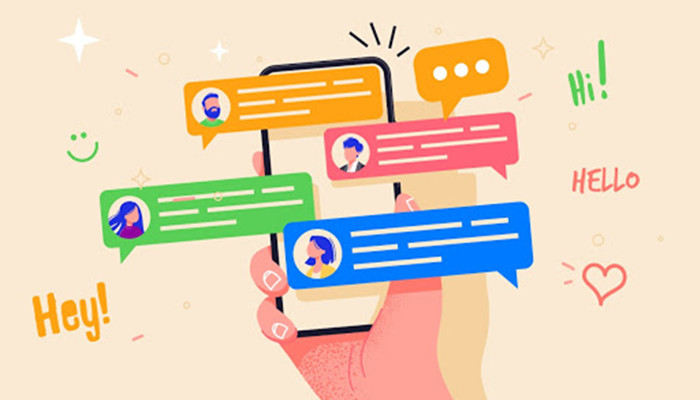 Why WhatsApp Is Not Available in Some Areas of This World?

WhatsApp is the most interactive messenger, where 55.6% of the world's population use it for communicating with each other. Meanwhile, there are some countries that have restricted WhatsApp features, or they have banned it. Several reasons have been seen for the ban or restriction of WhatsApp in countries like China, Iran, Cuba, or the UAE. With WhatsApp, you can get fast and secure messaging and calling because of strong encryption features.

Although these modern countries have legit rules and regulations, the residents can go for iTop VPN, which is an ideal WhatsApp VPN to enjoy unlimited access to a WhatsApp service.

How to Unblock Restrictions with WhatsApp VPN on Mobile Phones?

There are times when you are required to use VPN software to block the restriction from WhatsApp messenger. For this purpose, several VPN tools are launched in the market for unlimited access to the specific service. Are all of them ideal to choose for your needs? Of course, not because iTop VPN is the supreme WhatsApp VPN free for mobile phones.

This tool provides free access to WhatsApp messenger with secure and fast-working features. The users can take advantage of its privacy protection feature to save their device from viruses or hackers attack. 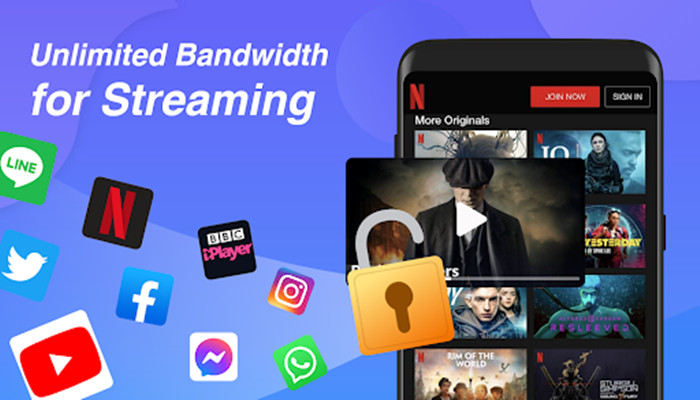 If you are keen on staying anonymous while using WhatsApp, then this minimalist WhatsApp VPN, iTop VPN, is feasible for you. It provides you a secure connection and privacy for VPN WhatsApp call and messages. This VPN for PC and Mobile simply prevents you from location-based restrictions and offers unlimited messenger services such as Facebook Messenger, WhatsApp, and Link.

How to Break Through the Block of WhatsApp with iTop VPN on Mobile Phones?

Wondering on how to break through the block of WhatsApp with iTop VPN on mobile phones? Follow the below step-by-step guide to using this WhatsApp VPN.

Step 1: First of all, you need to install the WhatsApp VPN, which is an iTop VPN on your mobile phone, which will be downloaded in a few seconds. 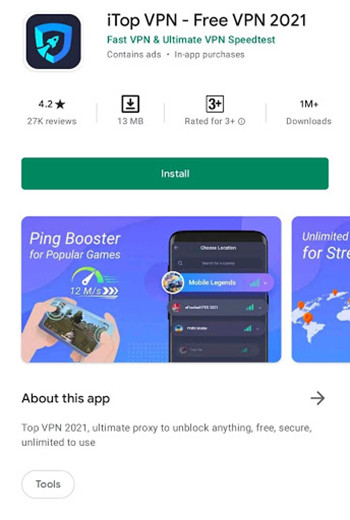 Step 2: Now, turn on the application, and choose the server from the ‘For Social’ list. In this case, select the WhatsApp server. 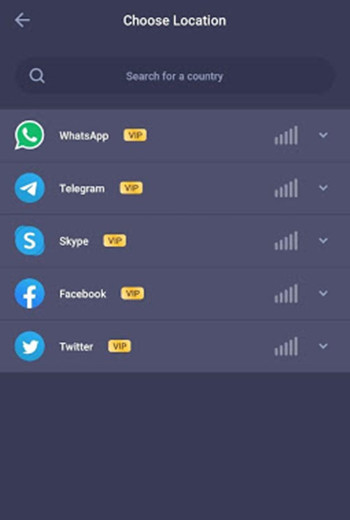 Step 3: After choosing the WhatsApp server, you are allowed to use it in a restricted area. 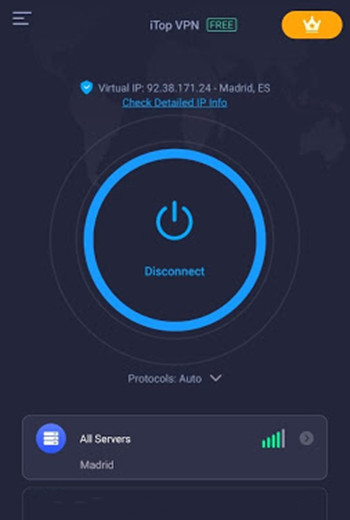 We have discovered the solution to use WhatsApp on mobile phones. Similarly, you can use WhatsApp VPN to use the app on your desktop.

Get private access to the WhatsApp app in one click using iTop VPN for Windows. It is a skilled VPN tool that solves geo-blocked problems and it lets you enjoy the WhatsApp app on your Windows. iTop VPN is suitable with all the latest versions of Windows. The tool is equipped with a stable network, which allows unlimited access without any risk of getting traced.

In addition, iTop VPN does not sell your data to third parties which makes it a secure VPN application. Along with that, you can instantly connect your device to the servers' network with the best encryption service.

How to Use WhatsApp on Windows with iTop VPN?

By following the below steps, you can use WhatsApp on Windows.

Step 1: Download iTop VPN and install it for your Windows.

Step 2: When you get the app, access the ‘For Social’ servers and select the ‘WhatsApp’ server for the VPN to connect. 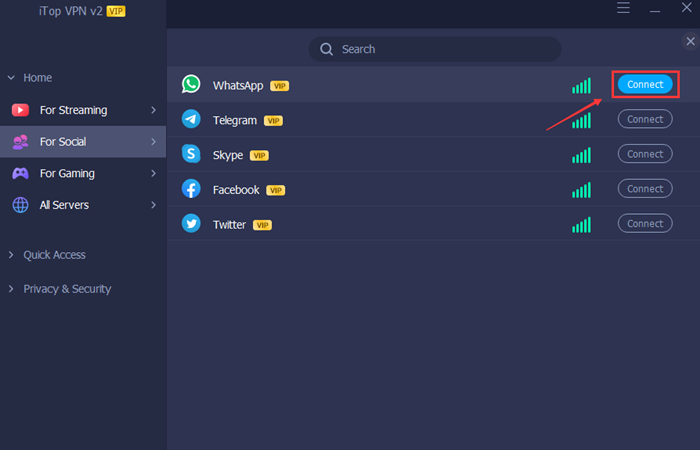 Step 3: After getting connected, you can access the WhatsApp web on your Windows. 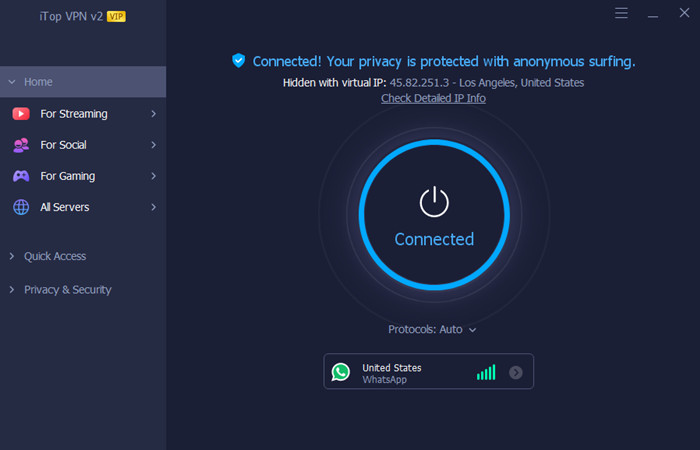 Why iTop VPN Is Qualified as Your Right-Hand WhatsApp VPN?

iTop VPN has a lot of features that have gained appreciation from users. In this part, we will briefly describe the features of iTop VPN.

One of the prominent features that the users look for in a VPN is speed. In this case, iTop VPN for Windows has ultimate fast speed and unlimited bandwidth so that you can enjoy WhatsApp hassle-free.

iTop VPN has worldwide servers, which allows you to access any server in the world. This feature is helpful to update the geographically locked content.

Another powerful feature of this VPN tool is the high-end and safe encryption. No matter where you are, it hides your location and activities from any third party. iTop VPN also provides an extra layer of security so that you can continue web browsing and streaming.

iTop VPN takes up the credit of providing an automatic kill switch to its users. It helps to avoid data leaks and ensures a protective environment with advanced security features.

The above article has gathered several best WhatsApp VPNs. With all the things that we have mentioned, iTop VPN is a handy option to access the WhatsApp service in a restricted area. It offers good quality features and a reasonable price, which makes it a top priority for users.

Moreover, we have listed the step-by-step procedure to get it on your Windows, Android, or iPhone. So if you are experiencing a WhatsApp ban in your region, download the app right now and enjoy unlimited access.