You TV series released season 3 full episodes in October 2021. Where and how to watch You season 3 or season 2/1 online from anywhere? Find the answer!

Season 3 of You, the hit American psychological thriller TV series, was eventually released on October 15, 2021 after having gone through a two-month pause for COVID-19 pandemic. As previous 2 seasons, You season 3 consists of 10 episodes and continues to narrating the story of the serial killer, Joe Goldberg. Peen Badgley and Victoria Pedretti reprised their roles as leading actor and actress who showed off astonishing performance. Meanwhile, new characters made the series more fascinating. 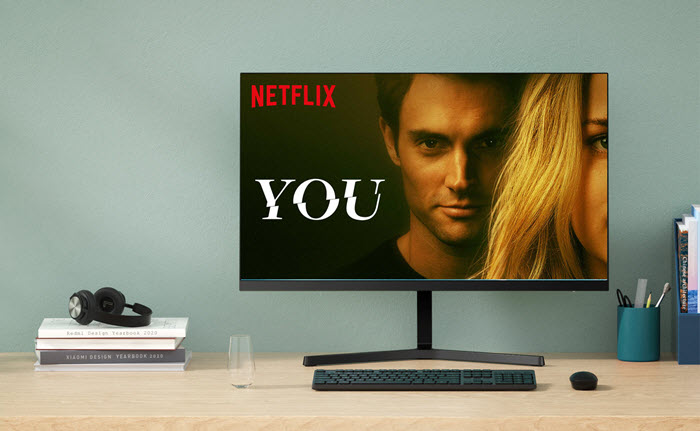 What happened in You season 3? You’d better check by yourself. Well, where to watch You season 3 full episodes online? If unfortunately, you are unavailable to access to the place for streaming You season 3 in HD, how can you do? Read on!

What Is the Story of You Season 3 [Spoiler Included]

The story of You started in New York. Joe Goldberg was a bookstore manager and obsessed with Guinevere Beck, an aspiring writer he met. He began tracking Beck through social media and technology. What’s worse, his twisted concerns on Beck stirred up murders on any possible obstacles who disturbs their romance, including Beck. Later, Joe moved to Los Angeles and lived new life with a new identity to escape his awful past. However, he relapsed to the abnormal emotions and activities for he was infatuated with the avid chef Love Quinn. Joe attempted to make an ordinary and happy relationship with Love at full effort and move to the new house.

Now, You season 3 arrived. Joe, his wife Love and their baby Henry lived in Californian suburb of Madre Linda. Actually, their relationship was inherently problematic. Joe repeated to obsess and stalk the neighbor Natalie Engler. So, Love got rid of Natalie but Joe’s attention turned to his boss Marienne. In order to maintain the relationship, Love gradually went crazy and intended to kill Joe. At the finale, Love was killed. Joe was free again and fled to Paris in search of Marienne. 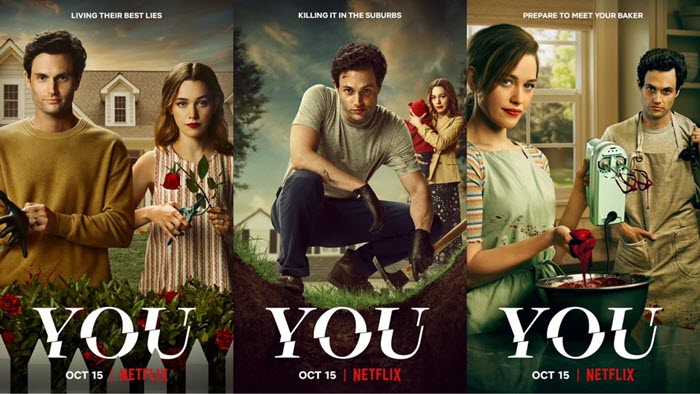 What will happen in Paris? Will someone be Joe’s next victim or “You”? Netflix announced that You season 4 is officially happening two days before the arrival of season 3. And, the release date of You season 4 is probably assumed to be late 2022.

Where to Watch You Season 3 Full Episodes Online [HD]

You TV series was originally premiered on Lifetime and moved to Netflix as a Netflix Originals before the release of season 3. Now, the full episodes of You season 3 is available on Netflix instead of releasing week to week. However, you are unable to watch You season 3 on any other streaming services except Netflix due to exclusive rights of Netflix Originals. To stream You season 3, you need to pay for the subscription, 1080P HD for $13.99/month, and 4K+HDR for $17.99/month.

Well, if you want to watch or stream You season 2/1 online, there’re some available services besides Netflix.

YouTube launched full episodes of You season 2 and season 1 with subscription from $1.99 for each episode. Otherwise, you can buy one season in SD for $18.99 or HD for $24.99. Simply open YouTube, input You season 1 or season 2 into search box and then you can get the info of this TV series on the right side. Click to enter detail page and now subscribe to watch You in HD or SD online.

Amazon Prime Video is another place to stream You TV series. It features similar subscription to YouTube, one episode HD for $2.99 and one season HD with 10 episodes for $24.99. SD purchase option is available as well, one episode for $1.99 and one season for$18.99. What’s amazing that Amazon Prime Video offers “Watch Party” so that you can watch You while chatting with others. Good discussions drive more interests during streaming.

Read More: How to Unblock Amazon Prime with VPN

Vudu is a streaming service owned by Fandango Media. It focuses on video on demand rentals and digital purchases. Full episodes of You season 2 and season 1 are also available on this service. The price is the same with other sites where you can watch You, SD episode for $1.99, SD season for $18.99, HD episode for $2.99, HD season for $24.99.

In addition, Mac, iOS and Apple TV users can watch You season 2/1 in iTunes while Android users can access the TV series in Google Play.

Netflix is officially confirmed as the only place to watch You season 3 in HD/4K online. However, the geo-blocking prevent people outside U.S., Canada, UK and Australia from streaming the new exciting TV series. As a matter of fact, the other sites available for watching You season 2/1 features geographical restriction as well. Therefore, if you want to watch the latest You season 3 or previous seasons without limitations from anywhere, a VPN can be the best fixer and iTop VPN is the solidest and most reliable tool that can perfectly meet your needs.

iTop VPN employs thousands of high-quality servers around the world which drive you to enjoy global internet in despite of geo-blocking. Once you connect to server, your original physical address can be replaced with the VPN server address. New IP is generated helping you bypass the location detection by streaming services.

It specializes in security protection. With a world-class level encryption, this VPN free create the tunnel to classify your data and online activities so that you can’t be tracked, stalked or attacked by ISP, hackers or malware and your privacy will not be exposed online. On the other hand, if you intend to watch or download You season 3 online for free through p2p or torrent services, for example Popcorn Time, iTop VPN can better protect you far away from online treats.

In the following, let’s get how to use iTop VPN to watch You season 3 or season 2/1 from anywhere.

iTop VPN supports multiple platforms. More than a VPN for Windows, it is a VPN for macOS, iOS and Android. What’s more, you can use it on up to 5 devices simultaneously.

Step 2. Launch iTop VPN and select All Servers. Now, find the server in USA, UK, Canada or Austria and click Connect. After Connected appears, you can access to Netflix or other available services to watch You online. 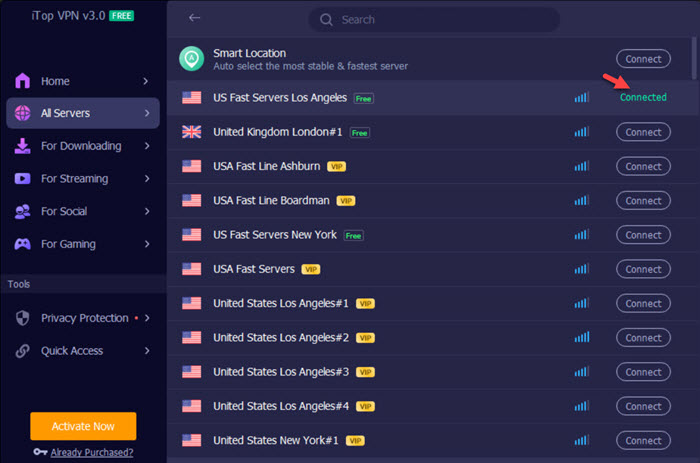 It’s not suggested to directly click Connect in the main interface because it will automatically connect to the fastest server for you which may be not a working server for unblocking website URLs. And, don’t worry about the performance. iTop VPN offers stable and fast VPN connection so that you can watch You in HD without lagging.

Geo-blocking becomes the only obstacle to watch You season 3 on Netflix from anywhere. iTop VPN - the best free VPN for Windows, Mac and mobiles - provides the best and easiest solution to change the IP address empowering you to access the restricted content while delivering fast connection speed. Moreover, it shows super ability to protect online privacy and security. Now, you can try this best VPN to use for Netflix in secure and hassle-free.