Kim's Convenience Season 5 is a Canadian television sitcom that talks about the stories of a Korean Canadian Kim family who runs a convenience store in the neighborhood of Toronto. This sitcom has got mostly positive reception since it aired. It's funny and true, touching but also sharp. Kim's convenience was estimated to have an average audience of 933,000 per episode. The first episode of season 5 aired on the 19th of January 2021 in Canada and the last episode aired on the 13th of April 2021. Fans of Kim's convenience from all over the world are all looking forward to watching it. This article is going to recommend a super convenient way to access Kim's Convenience Season 5 watch online. 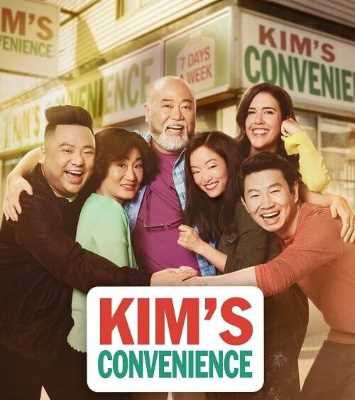 [Wonderful Plot Spoiler] What to Expect on Kim's Convenience Season 5

Kim's convenience series have been addressed some key social issues in an easy and relaxed way with genuine emotion which garnered a lot of praise for the past seasons. Kim's convenience season 5, continually spotlights comparatively serious social issues like the need for personal space, living with a chronic condition, etc. It will be the final season and for sure, sad news, especially for fans of the show who have grown to love the Kim family and their Toronto convenience store.

At the end of season 4, Janet gets a short-term job in Tanzania, where she will stay for four months. When she and Gerald realize that they won't be seeing each other for a while, they unexpectedly kiss. Can Janet find her life partner in season 5? Jung, Kimchee, and Kimchee’s girlfriend are going to stay in the same apartment, what interesting stories will happen when these three people live together? And how the relationship will develop between Jung and Shannon? Mrs. Kim has some bad news as the doctor wants to test her for possible neurological problems. In season 5, how Mr. Kim and Mrs. Kim are going to adjust their life to a new normal? 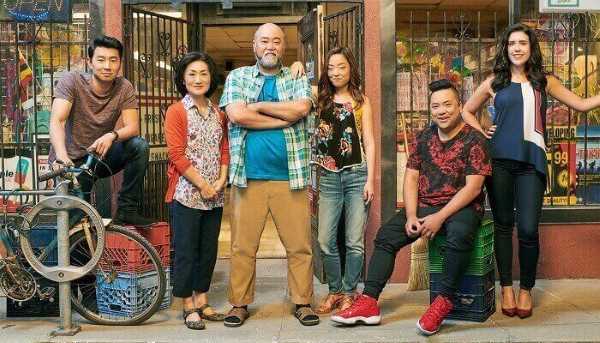 CBC Gem is Canada’s streaming service, offering more than 6500 hours of live and on-demand Canadian programming and a curated selection of acclaimed, best-in-class content from around the world, including more than 800 documentaries, 400 hours of ad-free content for kids and tweens, and a collection of over 150 Canadian feature films. Kim's Convenience Season 5 hits CBC and CBC Gem at 8 pm starting on 19 January 2021 in Canada. Audiences from Canada can firstly find out what happens between Janet and Gerald, Shannon and Jung, and of course Mrs. Kim and Mr. Kim.

Netflix, launched on August 29, 1997, is an American subscription streaming service and production company, offering a film and television series library through distribution deals as well as its own productions, known as Netflix Originals. The hit Canadian comedy series Kim’s convenience season 5 can be watched on Netflix in the US from 2 June 2021 onwards. However other regions have not announced when season 5 will drop, but you can change Netflix region with the best tool mentioned below. 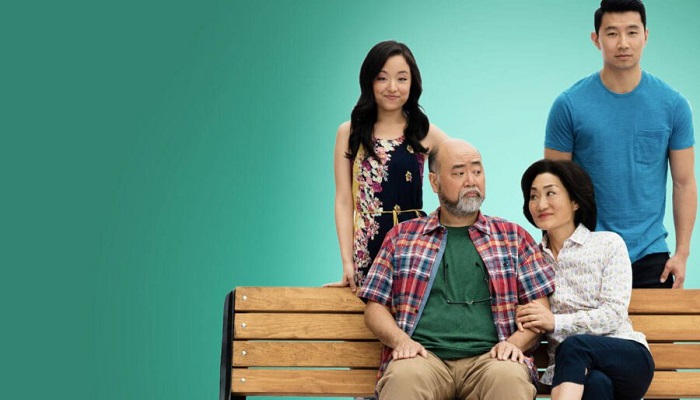 Now that there are only two channels to watch Kim's Convenience Season 5, it's easy to decide which to choose. However, it is not available in all locations which makes the fifth season unavailable to a worldwide audience. Whether the CBC Gem or the Netflix, it is only unblocked for a part of countries to enjoy their contents. So if you need to watch this TV series fluently online, you need a tool like iTop VPN to bypass the region restriction. With it, you can watch Kim's convenience season 5 anywhere without interruption.

Now we need to shed some light on the feathers of iTop VPN to affirm if it is safe and powerful to use.

iTop VPN is a high-speed VPN that offers 1800+ servers in over 100 locations including Australia, the United Kingdom, the United States, Russia, Germany, France, UAE, Japan, etc. Users can freely switch to a VPN server that is close to them and customize the network protocol depended on their needs. With iTop VPN, users can disguise their locations and watch Kim's Convenience Season 5 anywhere in the world.

iTop VPN is the best VPN tool for unblocking region-locked contents and securing your online privacy. It provides 10 useful tools for a higher security level. It defends against DNS attacks, auto cleans browsing privacy, and disables the internet connection with Kill Switch. With military-grade encryption, iTop VPN encrypts all the internet traffic and hides the real IP address from hackers and trackers.

It is free to download and supports systems like Windows, iOS, and Android. Users can enjoy the VPN free service. Let’s say goodbye to geo-restriction and get free access to any content wherever you are!

How to Watch Kim's Convenience Season 5 with iTop VPN?

Here are some detailed steps.

Open this safe VPN, and choose “All Servers” to see all the servers in different locations. For example, here we connect to a server in the US to watch Kim's Convenience Season 5 online. 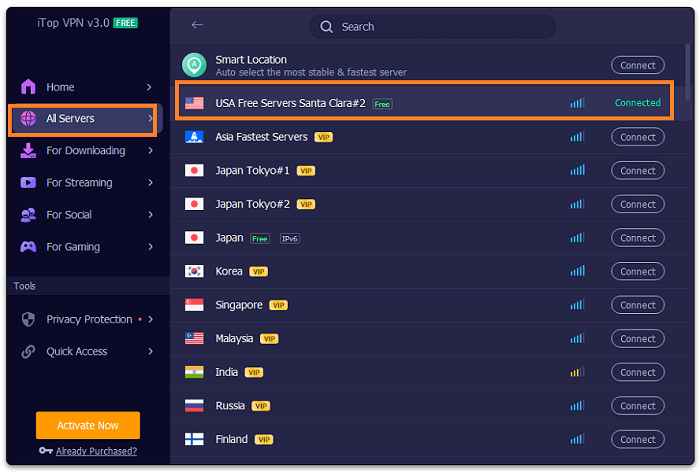 After connecting to iTop VPN, you can then go to Netflix to unblock content for Kim's Convenience Season 5. Sit back and enjoy the stories of the Kim family at home with the best VPN for Windows.

Are you feeling dull and tired due to the endless COVID-19 pandemic? Let your body and soul have a moment of relaxation with the Kim family’s fun and heartwarming moments. Kim's Convenience Season 5 Netflix can be done with iTop VPN, you can watch this interesting TV series anywhere in the world. iTop VPN always puts your experience in the first place! To ensure this, the support team is always on your service online! Go and download this free unlimited VPN for PC, Mac, Android, and iOS, today and give it a try. You will get a more enjoyable experience with iTop VPN!