3 Best VPNs for Xbox One, Xbox Series & How to Use VPN on Xbox One

Are you looking for the best VPN for Xbox One? This article gives you 3 best VPNs for Xbox One, 360 and other series and how to use VPN on Xbox One.

Xbox one is a popular gaming console in the family of Xbox series by Microsoft. This game debuted in 2013 and replaced Xbox 360. Compared to its predecessors, Xbox One has amazing features and offers an unmatched video gaming experience.  Having Xbox one console is one thing and using it is another thing. 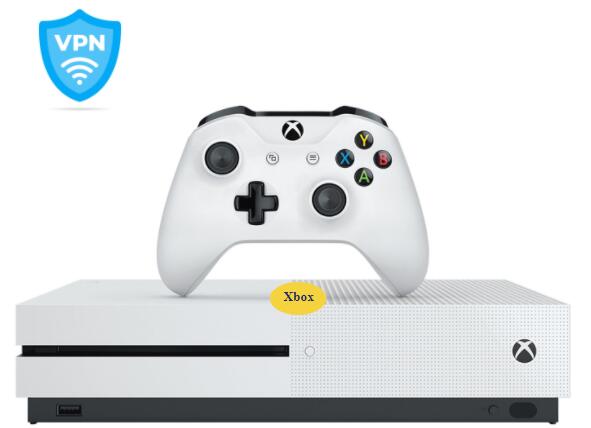 While you stream games from different servers, you could encounter several geographical restrictions. For example, prices in other countries could be lower than that of your country or you cannot access certain games because your region is banned or denied rights.

Since VPN hides your IP address and content from your ISP, it is easy to avoid DDoS attacks and ISP throttling. All these reasons justify the need for a VPN for Xbox One and other gaming consoles. Fortunately, this article takes you through some of the hot VPNs for Xbox One, 360 and other Xbox series, a step-by-step tutorial about how to use VPN on Xbox One and anything you need to know about them.

ExpressVPN is one of the highly-rated VPNs for Xbox One in the market and is genuinely so. This fantastic VPN service has nearly everything you would demand from a robust VPN service. Free of bias, ExpressVPN gives you secure access to the internet, irrespective of your location.

Unlike several VPN services significantly slow gaming, ExpressVPN improves latency and ensures unnoticeable speed drops. Because of the fast speed, ExpressVPN is a good choice for streaming and gaming experience across devices like Xbox, PlayStation, and Nintendo Switch. ExpressVPN media streamer provides a simple yet effective way to spoof your console’s location.

With the support of over 3000 VPN servers across 90 countries, you can’t miss a server that is closer to you. The good thing is that the setup process is easy, and there is no other additional equipment. If you want your Xbox console to have the maximum privacy power of ExpressVPN, connect it to a VPN-enabled router.

ExpressVPN protects you from DDoS attacks and reduces ping times between gaming servers by linking your device with the locations near the network hosts. Because of the array of excellent security and privacy features, ExpressVPN doesn’t come cheap. Prices range from $6.67-$12.95 per month.

How to Use ExpressVPN on Xbox One via PC

Setting up ExpressVPN is not a complicated process. You can set it up on Mac, Windows, or router. The following steps illustrate how to set up ExpressVPN on PC.

Step 1. Open your PC and proceed to Settings> Network and Internet. From the options given, choose “Mobile Hotspot” followed by “WiFi” in the “Share my Internet connection from”. Hit “Edit” and create a username and password for your network.

Step 3. Select the “Sharing” tab and tick the “Allow other network users to connect through this computer’s internet connection.

Step 4.  Choose the name of the network connection you just created, then press “OK.”  You have made a virtual router that you will use to share your internet connection with ExpressVPN.

Step 5. Now launch the ExpressVPN application and connect it.

Step 6. Enable the “Mobile Hotspot” option and find the network you created.

Step 7. Use the respective username and password to connect your VPN network on your Xbox One.

You May Like: The Best VPN for Roblox - Free to Unblock Roblox Anywhere >>

NordVPN is undoubtedly a common name in the VPNs arena and easily becomes a good VPN for Xbox One. NordVPN gives you an easy way to access geo-blocked content from Netflix, Hulu, and gaming platforms. Leverage NordVPN for Xbox One and other gaming consoles to protect your device and play games privately and safely. This software can be easily set upon both windows/PC and routers.

NordVPN gives you a variety of servers to connect to. The over 5100 VPN servers spread across over 60 countries is not a joke. This gives you ultimate security and privacy. Another impressive feature of NordVPN is its lightning-fast speed. Most VPNs will slow down your speed because of the distant server locations. However, NordVPN uses the powerful NordLynx protocol to make sure you are operating at top speeds.

This VPN is limited to 6 simultaneous devices and doesn’t matter the type of operating system your device is using.  Prices range from $3.29 to $11.95 per month.

Why Choose NordVPN for Xbox One

NordVPN has some amazing characteristics that make people choose it for Xbox One. They include:

How to Use NordVPN on Xbox One

It is easy to set up NordVPN for Xbox One on your routers, PC, and Mac. These methods should also work on several other Xbox family versions including the older Xbox 360 series. Let’s take a look at how to set up and connect NordVPN on PC.

Step 1. Download and install NordVPN on your Windows device and connect your PC to the Xbox using an Ethernet cable.

Step 2. On your PC, make sure that you connect to a Wi-Fi network and a NordVPN server.

Step 5. Select the “Sharing” tab and tick the option that says “Allow other network users to connect through this computer’s internet connection”.

Step 6. Click the drop-down menu under the “Home Network connections” and choose your home network. Click “OK” to confirm.

CyberGhost VPN for Xbox One, Series, 360

Why Choose CyberGhost VPN on Xbox

As aforementioned, CyberGhost has several remarkable characteristics that make it a choice for myriads of people. Some of the reasons for choosing CyberGhost VPN for Xbox One include:

How to Use CyberGhost VPN on Xbox One

The following steps illustrate how you can set up on Windows.

Step 1. Download and install CyberGhost VPN on your Windows device.  Activate the VPN service, then connect to a server.

Step 2. Using an Ethernet cable, connect your PC to the Xbox console.

Step 3. Once your CyberGhost VPN connection is made, proceed to the “Control Panel” and choose the “Network and Sharing Center” option.

Step 4. Select the “Change Adapter Settings” tab and look for the Ethernet connection that resembles the “TAP-Windows Adapter V9”.  Right-click on it and choose the “Properties” option.

Step 5. Select the “Sharing” tab on the properties window and activate the “Allow other network users to connect through this computer’s internet connection” option.

Step 6. Click “OK” to confirm. Finally, close all windows, then connect your Xbox to your Windows PC and configure the consoles.

In this article, we have covered the top 3 fast VPNs on Xbox One worth choosing. These VPNs have amazing features that make it easy to surf anonymously and enjoy Xbox One gaming. However, all these VPNs are not free and require that you make a subscription. Maybe you are left asking yourself whether you can find something similar for free. The simple answer is yes because iTop VPN is the free and powerful VPN you have been looking for more games like Roobet.

This VPN service is fast, easy to set up, offers military-grade protection, DNS protection, and access to many servers and content across the globe.  You can access geo-restricted content from Netflix, BBC iPlayer, and gaming platforms like Roblox, COD Warzone, and PUBG. Download iTop VPN, the best fast VPN free, and take the way you play more games smoothly.