Do you hesitate about which VPN is the best? Read the blog and read the honest VPN reviews to choose a VPN that meets your demands easily.

VPN, a virtual private network, is a common tool people use for privacy, security, unblocking geo-restriction when they travel to another place, deal with business, play games or stream. It is not to exaggerate to say that VPN is needed all the time. 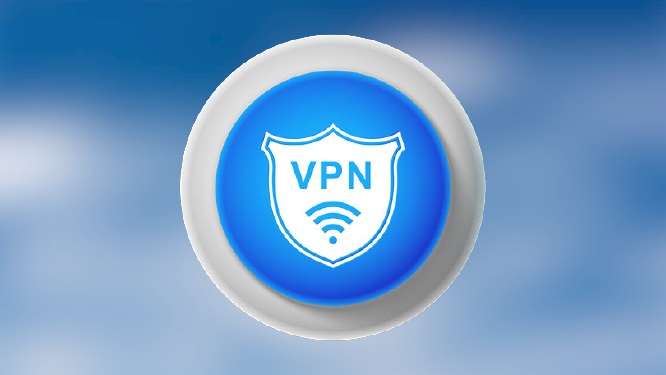 Where there's demand, there is market. Kinds of VPN brands are surging in the market with different features and functions. Which one is suits you best? Let’s go on reading this VPN review free and learn comprehensive info about 5 popular VPNs free or paid.

Common Features of 5 VPNs in the Review

VPN should protect your online privacy and security at first. VPNs in the review article are selected after testing. They have some common features that are necessary for any VPN user:

Kill Switch - When your VPN connection drops for some reason, it will block all internet traffic automatically to prevent leaks.

Hide IP address - Hide IP address means your real location, identity and activity are protected. Anyone who tries to keep track of or censor your web activity would fail at last.

Access blocked content - Another important function of a VPN is to bypass geo-restriction and unblock any content. These VPNs involved in the VPN review are capable of unblocking websites, watching streaming, playing games or using social media wherever you are.

Comparison Table of the 5 VPNs Reviewed

Reviews of the 5 Popular VPNs

Which VPN is the best? The detailed info of these 5 VPN reviews are as follows. Read on to find one VPN that meets your demand and offers what you want.

ExpressVPN, top paid VPN, is regarded as one of the leading VPNs in the market at present using advanced mathematics in AES-256 to protect your data. Privacy is 100% guaranteed. It has a diversely distributed fleet of VPN servers in 160 locations in 94 countries. It means that the majority could find a desired server and connect to a specific region or country without difficulty. Streaming, gaming, or browsing, you can enjoy all content you like. 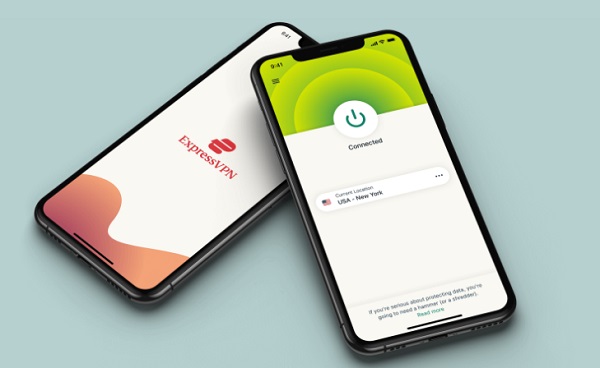 Its product is compatible with a variety of common operating systems like Mac, Windows, Android, iOS. If you want a VPN extension for Chrome, Firefox, and Edge, it is also available. Besides, VPN split tunneling is one important feature on ExpressVPN, with which you can stream foreign movies while using web services from local IP address.

Headquartered in Switzerland with strict privacy laws, ProtonVPN has been a frequently searched VPN brand online. Speed is an advantage of ProtonVPN as it employs VPN accelerator technology. According to the VPN speed test from the site top10vpn.com, its download speed reaches 47.55Mbps, and download loss is 44.92%, lower than that of ExpressVPN. You can also monitor the current speed and traffic when VPN is connected on the interface. Hence it is regarded as one of the fastest VPNs for free. Of course, when you connect with a free version, the connection speed is slow. 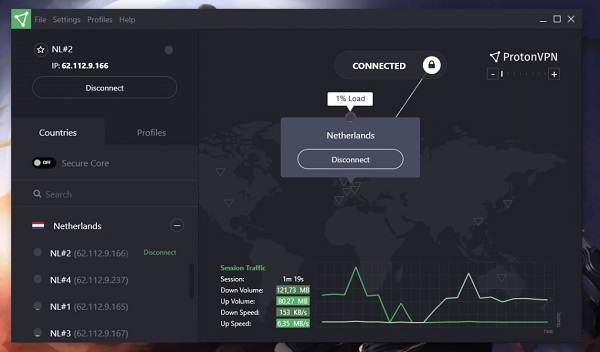 Compared with other VPNs, ProtonVPN is unique because it integrates with the Tor anonymity network which allows you to access Onion sites. It is also a P2P VPN and you can torrent on some of 1200 VPN servers in 55 counties. It supports platforms: Windows, Mac, Android, iOS, linux, Chromebook, and Android TV. Users prefer to choose it partly because it has a free trial VPN for Windows version.

Although the best free VPN for Windows has a data limit daily, unlimited bandwidth is guaranteed. When connecting, it provides three connection modes to match different scenes for better experience. Split tunneling allows you to route some of your traffic through VPN tunnel for a faster speed. In addition, more tools are offered to help you enjoy surfing online without disturb, such as ad blocking and IP checker. For a comprehensive review of iTop VPN, get detailed info from the iTop VPN review.

Mullvad VPN is definitely a safe VPN with multiple features, including automatic Wireguard key rotation and multi hop and Shadowsock to secure your privacy. Available on popular platforms: Windows, macOS, Linux, iOS, and Android, it just costs $5.5 for a month, whether you are going to subscribe for a month or for a year, a relatively low price. An obvious advantage of this VPN is it has bridge mode enabling merges two or more networks and using multi-hop servers, which is what ExpressVPN lacks. 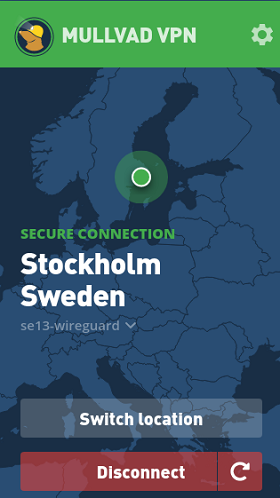 Upon installation, you can find over 700 servers distributed in 38 countries. For more VPN servers, you could try ExpressVPN or NordVPN to have a better experience. Another disappointing point lies in that it’s not so helpful to unblock streaming sites like Netflix.

So far, NordVPN has the most VPN servers among the 5 VPNs, 5200+ servers in 60 countries. Almost all your needs for different IP addresses can be met. The product has apps for Windows, Android, macOS, iOS, Linux, and extensions for Firefox and Chrome. Creating for one account lets you connect up to 6 devices simultaneously. Multi-factor authentication is applied to the app to add a layer of security for your account by entering your password and authorize the login attempts. 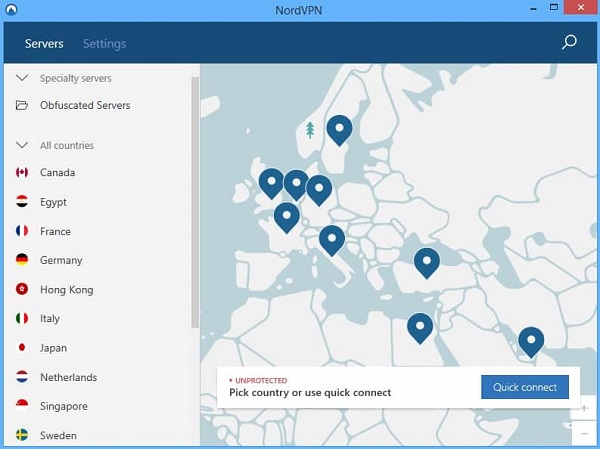 It is recommended as one of the top 10 fastest VPNs according to the testing of PCmag in 2020. Are you a sport events lover? If so, NordVPN is your top choice as it could stream sports live from the official channel. A most-favored feature Onion over VPN is supported.

The 5 frequently recommended VPNs included in the unlimited VPN review are safe and easy to use. Which VPN is the best? It’s hard to say as they have different features and prices. Most of them don’t have free trial version except for ProtonVPN and iTop VPN. The former is slow in connection speed and the latter is recommended for VPN for Windows for faster speed and quick access to different scenes.