Safari won't be unfamiliar to you if you have an apple device. It is the fastest graphical web browser in the world and provides the best-in-class browsing experience. In addition, Safari improves its power efficiency to make the most out of battery usage. People can stream videos or surf websites longer than other browsers like Chrome, Edge, and Firefox. Though Safari can protect your internet safety to some degree, many people are still looking for more comprehensive protection. 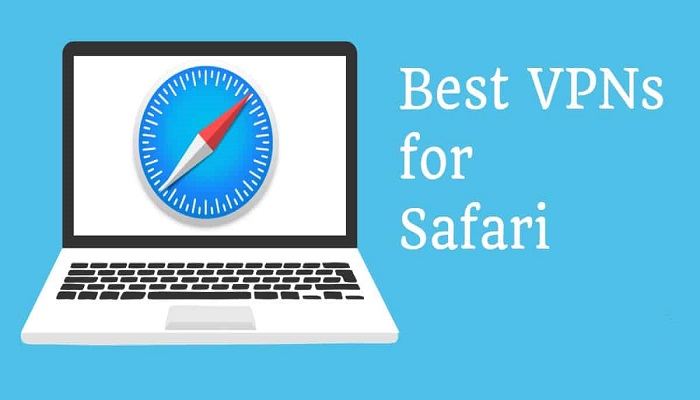 A VPN for Safari is a good solution. The practical tool can hide your identity, switch the IP address, and unblock websites unavailable in your region. In this article, we will introduce VPN apps for Safari as well as VPN extensions for Safari. Get one of the top picks and protect your online activities with ease!

Before choosing a VPN for Safari, there are two factors people should pay attention to.

The first one is compatibility. Safari is a proprietary browser of apple, and it is only available on devices running on the macOS or iOS operating systems. Therefore, checking if the VPN product supports macOS and iOS systems is a must-to-do.

The second one is the types of Safari VPN. People can choose either a VPN application or a VPN extension. However, Apple labels most third-party Safari extensions unsafe, leaving people little choice on Safari VPN extensions.

After considering the above two factors, the article selects the 6 reliable Safari VPNs in the market and gives a detailed analysis of their main features and prices.

iTop VPN has high compatibility that can work on Windows, Mac, Android, and iOS. It gives its users unlimited internet bandwidth with best-in-class encryption. According to the statistics published on Fasted VPN Guide, the fast VPN free has reached an average speed of 100Mbps. Though the free version caps the data usage to 700MB per day, people can upgrade to a VIP plan at an affordable price.

Other key features of iTop VPN include:

iTop VPN for Safari has more than 1800 servers in over 100 locations. In addition, it supports 5 simultaneous connections on different devices, so everyone in your family can benefit from one paid account.

Kill Switch is a security reinforcement that can cut the internet traffic connection when the VPN service stops working. In this way, your network is under protection, and privacy leakage will never happen.

The iTop VPN has servers dedicated to streaming, gaming, social media, and downloading. People can choose exclusive servers for a more stable and faster connection.

Participating in the Share activity allows you to get free VIP time for up to 12 months.

ExpressVPN has 160 virtual server locations covered worldwide, including the Americas, Europe, Asia Pacific, Middle East, and Africa. As one of the great VPN for Windows, macOS, Android, iOS, it is an ideal VPN for Safari to hide IP and unblock websites. And it is the only dedicated VPN with Safari extension on the list. Meanwhile, the TrustedServer technology and advanced encryption improve your internet security and keep you from being hacked. 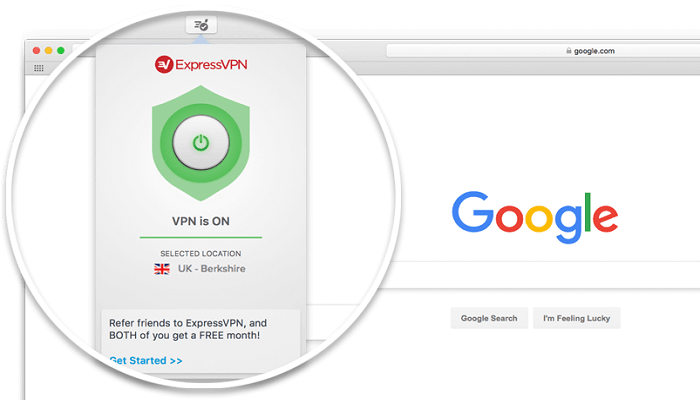 Some key features of ExpressVPN include:

ExpressVPN protects not only your internet traffic but also your DNS requests. By running its own encrypted DNS on every server, people no longer worry about DNS hijacking or filtering.

When you disconnect to the ExpressVPN server, Network Lock can keep your data safe by blocking all the inbound and outbound connections on your computer.

NordVPN, an app available on many devices including macOS and Linux, has next-generation encrypted tunnels that prevent your internet from being tracked by internet service providers, hackers, and governments, giving you private access to the internet anywhere Besides, the fast and stable connection allows you to enjoy uninterrupted streaming without annoying buffering, although NordVPN doesn’t offer a Safari extension app. 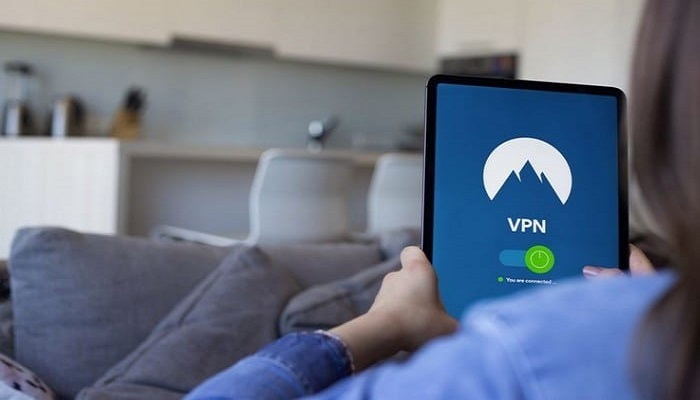 Some key features of NordVPN include:

No matter you are using Windows, macOS, iOS, Android, or Linux, NordVPN can shield the safety of multiple devices (up to 6) at once with just one subscription.

The dedicated IP address allows you to access IP-restricted networks with ease. It brings loads of benefits, such as securing your online payments, skipping the blacklist, and avoiding the Captchas.

You May Need: Best Free VPN for Windows & PC >>

CyberGhost VPN is a professional VPN and developed VPN apps for Mac, Windows, Linux, Android, iOS, other browsers, TVs, consoles, and routers. Unfortunately, VPN for Safari Extension is not available now, and its VPN extensions only support Chrome and Firefox browsers. 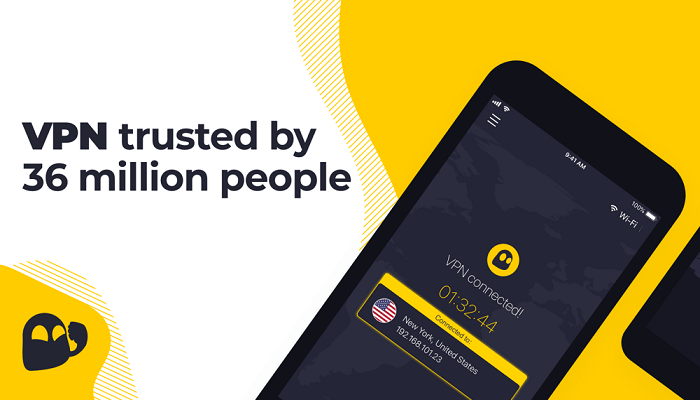 CyberGhost has 7484 servers at 113 locations in 91 countries. The worldwide coverage helps you bypass all geo-restrictions and get global access. Besides, all CyberGhost VPN servers support multiple protocols, from L2TP, IPsec to iKEv2, OpenVPN, meeting all your needs.

Trusted by millions of people from all over the world, Hotspot Shield VPN has more than 115 servers in over 80 countries. In its basic plan, people can enjoy VPN for Safari free with a 500 MB daily data limit and a 2 Mbps connection speed cap. 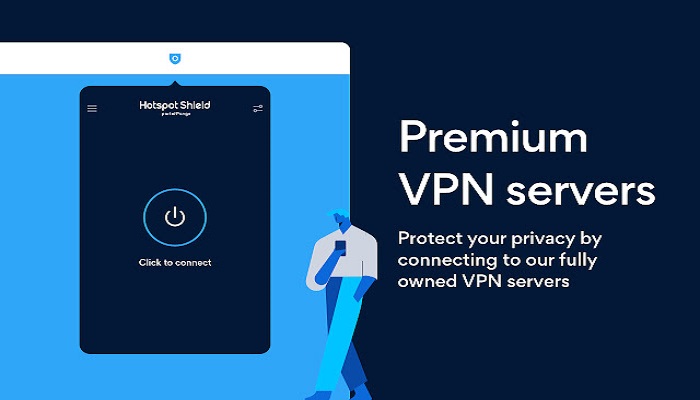 Premium plans have more features, and the highlights include: 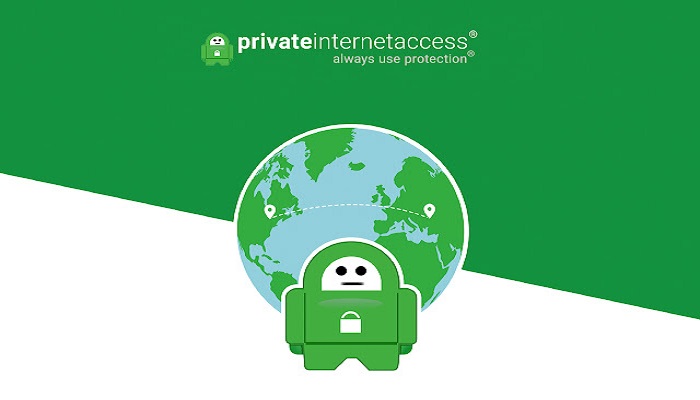 The key features include:

VPN Browser Extension or VPN App for Safari: What to Choose?

Among the 6 VPNs for Safari in the article, there is only 1 VPN that has a Safari browser extension version. The rest are VPN apps for Safari. Under normal situations, VPN app for Safari is more recommended as it can protect your data on Safari, Firefox and other browsers with advanced features. Besides, if you're just looking for a VPN for Safari to hide IP address and unblock websites, you could try the free VPN iTop VPN to achieve your purpose without registration.

In summary, the article gives an introduction to VPN for Safari. A good VPN for safari can protect people’s digital activities from surveillance by internet service providers, governments, and snoopers. All the 6 products have VPN for Safari free in their basic/trial plans. If you want more comprehensive internet protection, upgrading to paid plans is advisable. iTop VPN for Safari is cost-effective, reliable, stable, and fast. We strongly recommend you download it and take it a try!