Be annoyed by World of Tanks’ lag of fires, FPS drop, and region ban? This passage introduces a solution for offering a dedicated server that escalates the speeds and unblocks limitations

Due to the servers that back up World of Tanks, gamers can experience totally different in-game performances from different regions in the world. Actually, those in the USA, Canada, or other European countries can have the smoothest gameplay while the rest of the players complain about the age-long loading time.

Well, a VPN is in need for easily address this problem. Most of us may only hear of this tool for its brilliant features for hiding IP and encrypting data. But a capable VPN should also manage to offer quality servers to free users from the competition for network speed. This passage will introduce a brilliant World of Tanks VPN (WOT VPN) that builds a dedicated tunnel, no crowded lining up, no accidental kicking out, and no banning warnings. Let’s dive in! 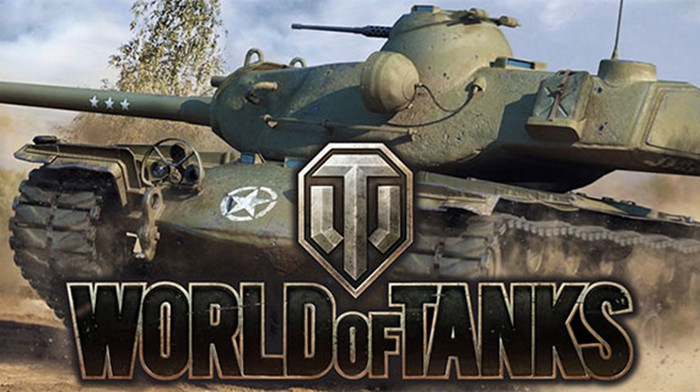 Dedicated Server for World of Tanks - No Lag, Ultra Fast

As one of the rarest VPN service providers that offer dedicated servers for World of Tanks, iTop VPN makes a way out of the troubles of high ping, FPS drop, unstable connection, and region ban. This special server is based on the current conditions of World of Tanks, and what you can benefit from this server are above imagination. 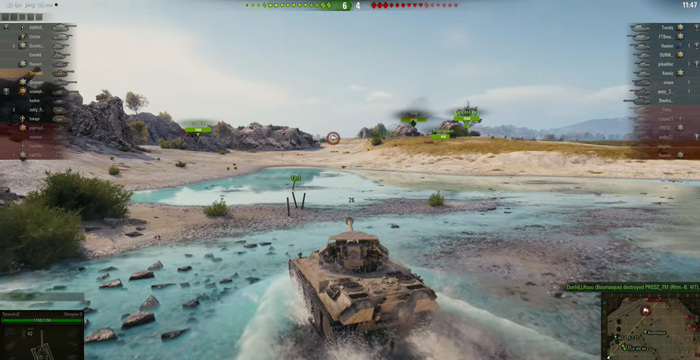 While ordinary VPNs offer servers that are based only on the countries, iTop VPN develops dedicated servers that cater to all user scenarios - Netflix, Gaming, PXXN, Office software, etc. The exclusive tunnels will guarantee the non-crowded traffic without any hassle.

With the stable connection, any fluctuation of Ping and FPS will be prevented.

Many of you are complaining about the age-long loading time before entering a Tanks battle, and this problem can be easily solved with a fast free VPN.

Step 2. At the list of all servers, go find the server for World of Tanks from the Gaming Tab. 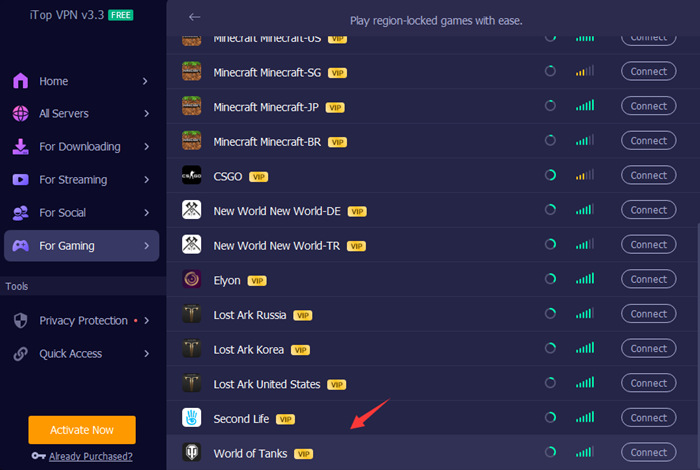 Step 3. Hit ‘Connect’ and get access to this dedicated server. 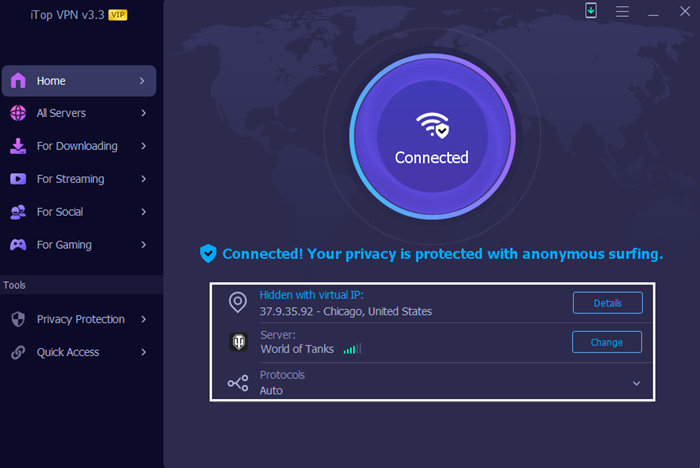 Step 4. Open World of Tanks and enjoy your smooth gameplay.

There are some free ways to change Steam’s default region, say running a bat file or downloading a regional client, or launching a Steam regional client through a certain browser URL. These methods serve as tricks to hack Steam, and as methods to get a ‘discount’ since the price of games varies from region to region.

So, as a one-click solution for all the avid gamers, a VPN can easily change your current region to any other place in the world. iTop VPN - the best free VPN for Windows promises that no complicated operations or potential risks to getting banned by Steam. 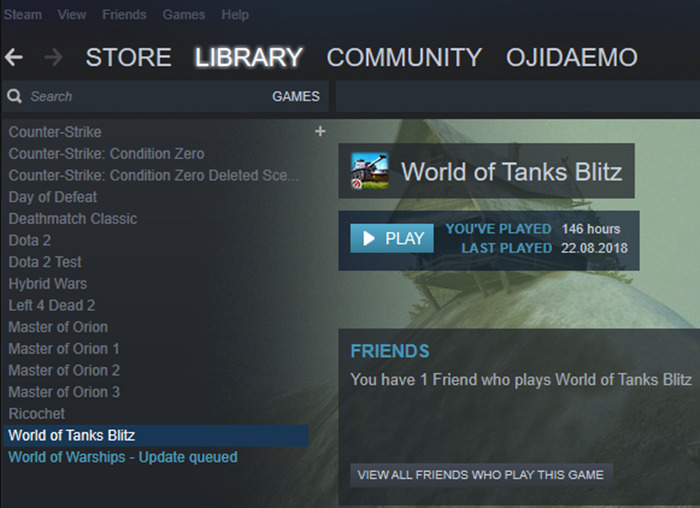 Steam is periodically running a region inspection, which is so powerful that a VPN can do nothing about it. Besides, the Store Country update is allowed once in 3 months so you really need to pay attention to every step in the process of changing your current region.

Check the complete tutorial for changing the Steam region

What Other Benefits Can A Gaming VPN Manage to Provide?

A VPN is basically the integrity of a Game Booster and a region Unblocker. Possessing one capable VPN is like holding the most versatile toolkit that comprises a Pingkiller, SpeedBooster, etc.

Very rare people are aware that the slow speed of the Internet can source back to the ISP. Literally, every ISP provider says to offer users a certain scale of Mbps but never ever attain to make it. But this problem can be much improved if anyone gets help from a VPN.

Want to receive the most recent news from the World of Tanks official site or join the WOT community to share the experience with players all over the world. A WOT VPN is indispensable in unblocking websites like Reddit, Quora, and YouTube.

Check to see the best website unblocker for every country

1. Is VPN allowed when playing WOT?

Yes, totally. A WOT VPN’s assistant will be a huge uplift for your gameplay.

2. Can I buy loot boxes at cheaper prices when using a VPN to change to a different country?

No, the in-game consumption is serious stuff, which is affected only by the region of your account - an unaltered attribute when an account is created. In another word, VPN cannot influence the price of loot boxes.

No, you must create a new account in that very region. No account now is granted to be transferred even at the interference of customer support.

A VPN is necessary for whoever wants a lag-free and fast-loading WOT gameplay. And actually, it is a way underestimated tool that serves as the integrity of the game booster and region unblocker. If you have trouble accessing World of Tanks, try this World of Tanks VPN and enjoy the lightning-fast connection and eliminate the capped network limited by your ISP. Please feel no hesitation to download and try iTop VPN from now on!