In recent times, VPN makes it an easier process to access any restricted service. This article will guide you on the best suitable Roblox VPN.

With incredible games and a suite of game development, Roblox has been very popular in the world. Game freaks can not get enough of its video games. However, due to national security concerns, some countries have banned this platform. Does this restriction ever bother you?

A qualified VPN will help you to get out of this situation. VPN for Roblox ensures that your network is secure to access the service. This article will introduce Roblox VPN that permits the players to get into gaming competitions with a changed display name. 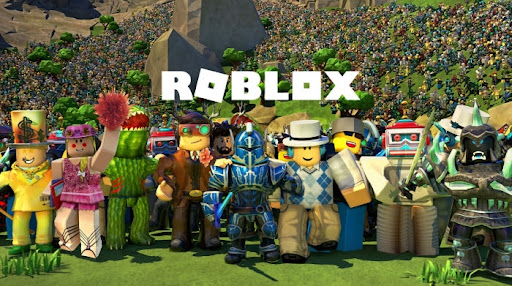 An online platform and storefront - Roblox is a place where the users can play games. People can go to this platform to play games made by other developers. However, the whimsical and colorful worlds of Roblox have been banned in some countries like:

Most notably, these countries have banned the platform due to national security concerns. They disliked it for showing discord links and stuff to the children. The authorities at Jordan pointed out that the kids can chat with other players with wrong intentions, resulting in cyberbullying, trash, or vulgar talking. For North Korea, the reason for the ban is pretty sure. Since the U.S owns the platform, it is theorized that Roblox would allow them to gather the citizens' information.

Roblox was designed for kids and teens, so it has faced continuous challenges due to its problematic content. Many condo games could expose stimulated inappropriate adult content. Therefore, countries like North Korea, Jordan, and UAE have taken steps to crack down on this online platform.

Can You Play Roblox with VPN at School and Anywhere?

Roblox is one of the emerging gaming platforms, which has violent content that is unsafe for children. It is currently blocked in many countries. This is not a problem, as VPN makes it possible to access the platform with ease.

A question arises amidst this, can you play Roblox with a VPN, or does Roblox work with VPN? Yes, using a good Roblox VPN can unblock the game in your region. iTop VPN is the most practical and the best VPN for Roblox that offers a decent quality of service. With its military-grade encryption, this VPN aims to keep your private information safe and secure.

iTop VPN can efficiently protect your IP address from the global servers and help you avoid anonymous attacks. Apart from these features, you can enjoy the gameplay with the optimized Roblox VPN. Bypass the geo-restrictions that limit your access to the platform. This Roblox VPN free provides a way to challenge other players at your school or anywhere.

What Makes iTop VPN the Best VPN for Roblox Free?

iTop VPN can be your perfect option for keeping yourselves safe and playing Roblox at school or elsewhere. Choosing the supreme Roblox VPN will secure your internet connection without any compromise to speed and other aspects. Following this, we will discuss some prominent features of iTop VPN below. 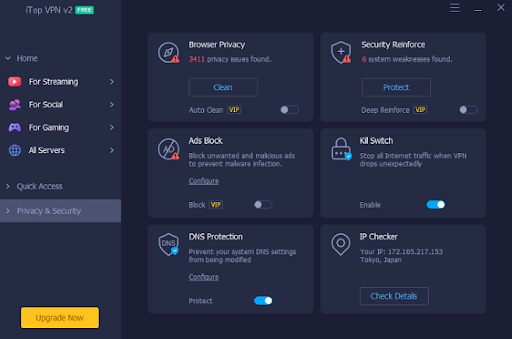 iTop VPN is an easy-to-use VPN tool that enables users to access any content directly. It breaks the geo-restricted music or streaming sites, games, and social media apps for free. The users can unblock Roblox by bypassing government censorship.

Surprisingly, this Roblox VPN will make your experience better and faster through its dedicated gaming servers.

When you decide to use iTop VPN, you might get surprised because of its no login policy. It means when you enter the details, iTop VPN does not trace your activities or sell to other third-party apps. No login is one of the main features that anyone should look for in any VPN service.

iTop VPN has dedicated 1800+ servers located at 100+ different locations in the world. You can access all servers to unblock any site from any region. This speeds up the process to break the geo-restrictions and change the IP address with another IP address. Users can connect to any server based on their location.

No matter how good or stable an internet connection you have, there are possibilities of connection issues once in a while. During the connection reset, your details can be exposed on the network. So the iTop VPN's Kill Switch feature will help to lay down the internet traffic. That way, your data is saved from leaking off.

Step by Step How to Play Roblox with iTop VPN?

iTop VPN has an intuitive interface with extremely flexible features that are listed above. Hence, the users will not find any difficulty in navigating the site.

If you are interested in experiencing this Roblox VPN, follow the simple steps below to play Roblox with iTop VPN.

Step 1: Get the App on Your Device

To download the app, navigate to the official site of iTop VPN and get it into your device.

Step 2: Connect to the Server

Now tap the 'Connect' button to connect to the fastest server based on your location. 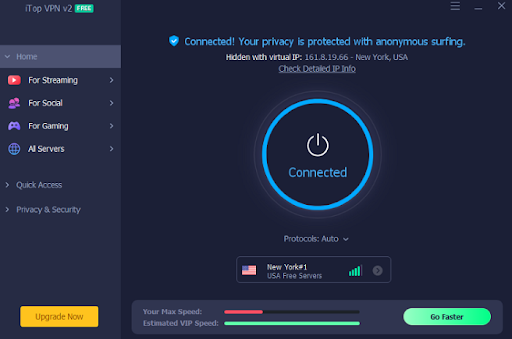 After a secure connection with iTop VPN, you can access Roblox. Open Roblox and go to the 'Settings' to change your display name.

Go to the 'Display Name' option and click the edit button to change your name. Hit 'Save.' 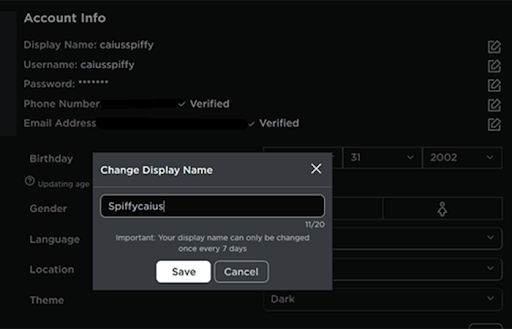 It is necessary to turn off your VPN connection when everything is ended, or the changed settings will be inapplicable.

What You May Be Interested In: How to Change Steam Region

We have listed many reasons to choose iTop VPN as a qualified Roblox VPN in the above discussion. Its professional and secure network will help you to reach Roblox by changing the display name. iTop VPN could be very helpful to encrypt your data and unblock the geo-restricted content. It should be your priority to get the premium experience for Roblox.