How to watch BBC iPlayer outside the UK? Check the article to learn the best VPNs for BBC iPlayer to unlock BBC iPlayer everywhere in the world.

The British Broadcasting Corporation (BBC) might be the most well-known international media giant whose reputation was built by word of mouth. Over their one hundred years of history, not satisfied with their traditional broadcasting business, the BBC iPlayer is a daring move for BBC to open up their business in the online streaming market. Benefiting from the iconic craftsmanship attitude towards their works, there are many fantastic shows on the BBC iPlayer platform exclusively. Like The Nest, London Kills Shrill…etc. You don’t really want to miss them whether you live in the UK or not, they are literarily too good to give them up. One of the biggest problems to watch BBC iPlayer is that their service is only available in the UK. This means if you are not a UK resident, or you go abroad, you cannot access BBC iPlayer. 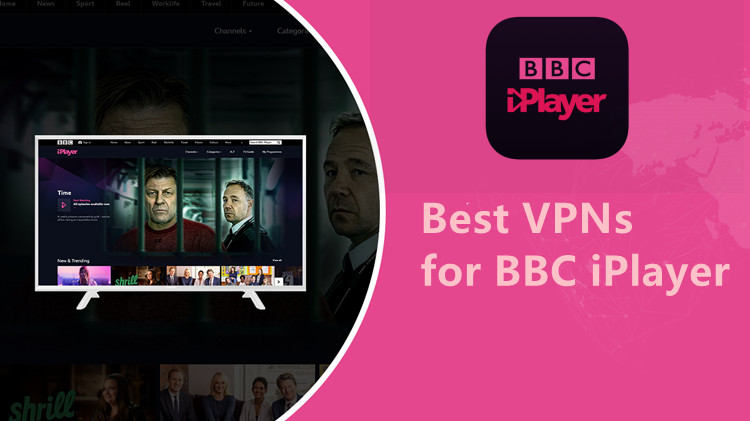 The reason for this error information showing is that BBC has detected your location through your IP address – only British IPs could be allowed exclusively. The further thing that disappoints us is that the BBC iPlayer has particularly strict VPN-detection features, meaning most VPNs can’t unblock BBC iPlayer abroad. Don't worry, we got to find some VPNs that can bypass the BBC iPlayer region check, real VPNs for BBC iPlayer.

As a result, it can be difficult thing to unblock BBC iPlayer with a common VPN iPlayer service.

If you are using a VPN but failed to access the BBC iPlayer service, the listed conditions above could be very likely to be the reason why you can not access their service. Before introducing real working VPNs for BBC iPlayer, you might try to fix it manually:

If none of these methods fixes your access to BBC iPlayer, it's very likely your VPN doesn't work with BBC iPlayer at all. Here we would recommend using real VPNs for BBC iPlayer.

ExpressVPN is one of the leading VPNs in the industry that helps you unblock BBC iPlayer successfully. With plenty of VPN servers distributed in 94 countries including UK, ExpressVPN allows you to stream BBC iPlayer at any place.Network Lock kill switch, private DNS, threat manager, and TrustedServer technology makes it be a much safer VPN by encrypting your data and preventing trackers or hackers. Of course, it is comparatively expensive and costs $12.95 for a month. 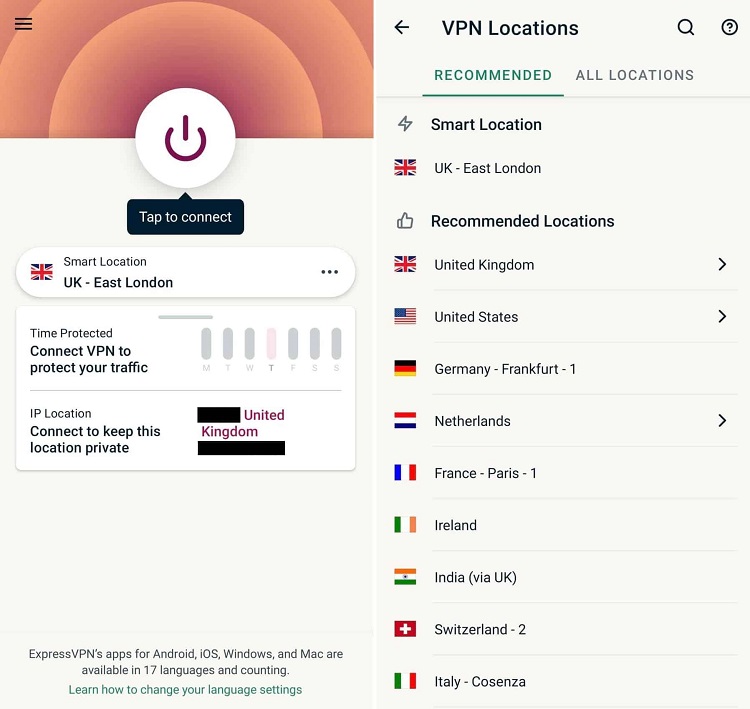 Internet service providers may slow down your streaming speed when necessary. Connect to ExpressVPN server and bypass ISP throttling.

Work on many operating systems and media streaming devices

You can toggle on split tunneling function and route some app traffic through VPN tunnel while the rest accesses the internet directly without decreasing streaming speed.

NordVPN is recognized as one of the best paid VPNs for BBC iPlayer for many reasons. Threat protection, obfuscated servers, double protection and Dark Web Monitor, which are unique features of NordVPN, add an extra layer to your device’s security except for the basic feature such as kill switch and no-log policy. With 5600+ servers in 59 countries, the VPN for BBC iPlayer enables to stream videos on many streaming sites without considering regional blocking. 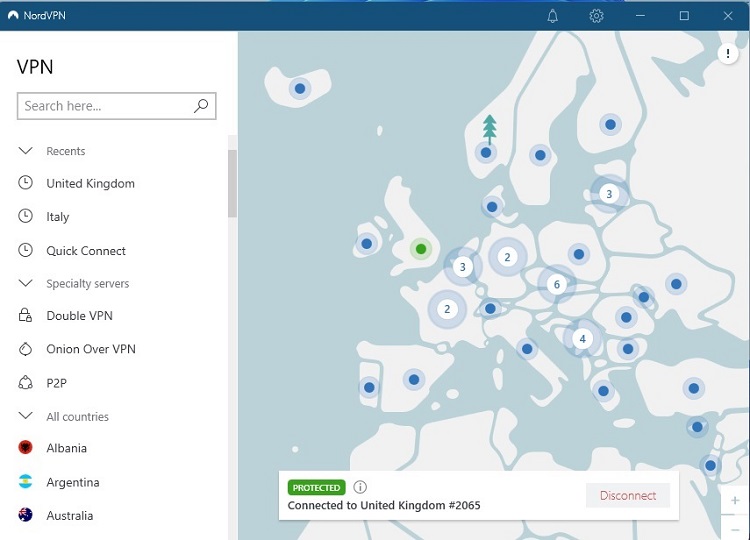 Get tired of VPN traffic jams especially when you’re watching your favorite videos or playing games? NordVPN’s dedicated IP address allows you to be assigned one IP address used by you.

NordVPN, which has been tested on many review sites and speed test sites, keeps security without compromising speed. It ranks top among its competitors regarding VPN speed.

Is there a free VPN for streaming online? The answer is yes. Though for some reason, it is not available to unblock BBC iPlayer at present. It has some free servers to connect, US, UK, Germany, Australia, Japan and premium servers in 100+ locations. More than that, it provides dedicated servers for streaming sites such as ITV, Hulu, HBO Max, Disney +, and Hotstar.

Ad blocking. Most streaming sites have ads or popups. It’s annoying to find ads when you stream the highlight of a show. iTop VPN uses advanced technology to help you block ads and stream smoothly.

VPN for BBC iPlayer is necessary for watching BBC iPlayer streaming outside the United Kingdom. And not all VPNs support streaming BBC iPlayer. ExpressVPN and NordVPN work effectively to get access to BBC iPlayer. If you want a free VPN for other online streaming sites such as ITV, and Hulu, get iTop VPN to bypass geo-restriciton and block ads easily.