This article answers the most critical questions about Turbo VPN and offer the best alternative to help you with a secure, private, and smooth experience.

Turbo VPN is a very popular VPN on the market that can be used on Android, iOS, Mac, and PC. It has millions of installations on the App Store and Google Play. 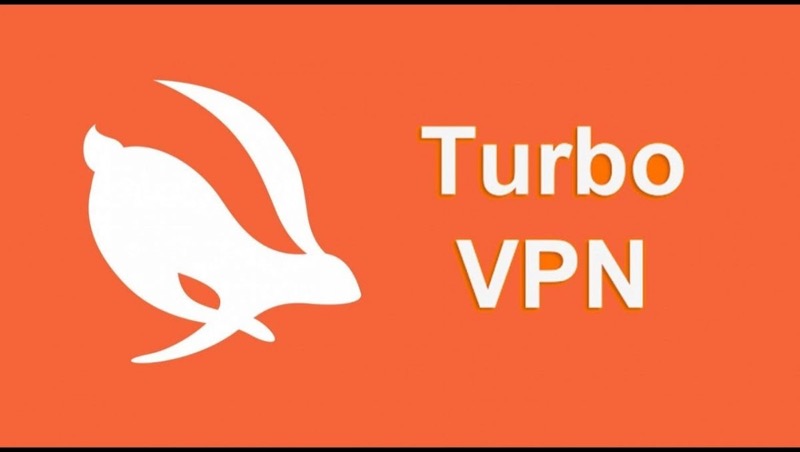 If you are curious whether it is your choice and whether it can bring you a safe, smooth and unlimited network experience, this article will answer all your doubts about Turbo VPN. Also, you will find the best alternative to VPN Turbo.

Frankly speaking, Tubo VPN should not be your first pick when it comes to the need for a virtual private network to bypass censorship or unblock geo-restricted content.

It lacks advanced security features such as a kill switch and ad blocker. It also raises concerns about its logging policy so it is not trustworthy with anything privacy-critical.

On top of weaknesses in security and privacy, VPN Turbo has a relatively limited number of servers compared with most commercial VPN providers. Sufficient to say, it is overall overpriced.

What is VPN Turbo?

Turbo VPN is a merging starter in VPN markets. It describes itself as a free VPN for streaming and downloading your favorite content anonymously without a bandwidth limit. It says it can provide secure and private access to the internet by encrypting your traffic and providing an anonymous IP.

It has a free proxy version that offers a 7-day trial requiring your subscription and payment information. It has very flexible paid plans ranging from a week to 30 months, charging $5.95 for a week to $112.45 for 30 months respectively.

You can download and install Turbo VPN for Windows, for iOS devices, for Android phones, , and for Macs without any hassle.

Turbo VPN's iOS app can be found in iTunes Store. After the complete installation, the app will connect to the default server automatically. iOS users don't have any server options.

The Turbo VPN apk file for Android is in Google Play and Turbo VPN on PC and Mac can be downloaded from its official website. Android and computer users are given six to nine server locations for choice. 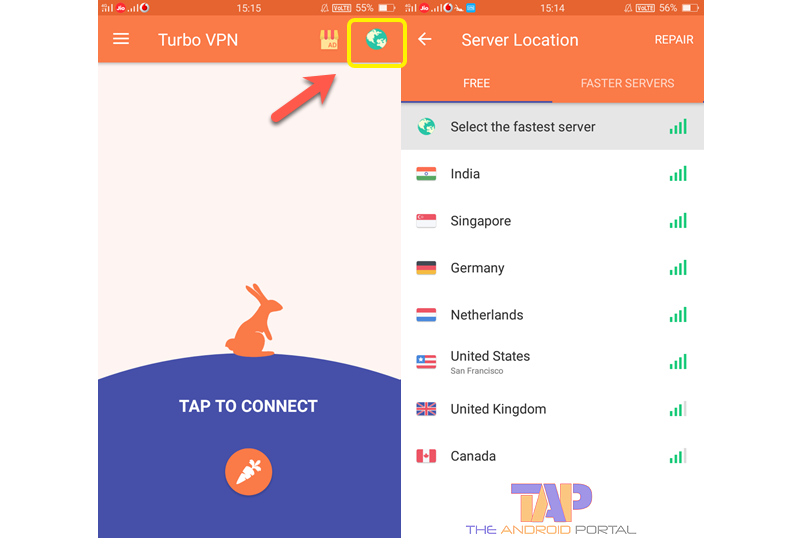 The free versions of apps are connected to the IKev2 protocol by default while only paid users are offered protocol choices including IKev2, OpenVPN, V2ray, and UDP. All apps have a clear and user-friendly user interface and are easy to install, set up, and use.

However, complaints are evident as ads are frequent and they force you to watch for at least 5 seconds before downloading or streaming.

The short answer is not safe enough. Turbo VPN uses IKev2 by default for its trial version, which is fair by not as good as OpenVPN. Turbo VPN also supports the OpenVPN protocol. However, it uses AES-128-CBC encryption instead of safer AES-256-GCM or WireGuard encryption.

In addition, Turbo VPN is not equipped with a kill switch, which is an essential security feature that protects your traffic once the connections unexpectedly drop. Also, you can't find security features like ad blocker, encrypted DNS, and protected public Wi-Fi within Turbo VPN either but they are commonly seen on other VPNs.

Even though Turbo VPN claims it has a no-log policy and doesn't collect your browsing history, traffic content, DNS queries, connected server IP, and other data, but it says in its privacy policy that it does collect some information like email address, device ID for free/paid user identification and performance data for app improvement.

All data gathered is stored in Singapore, a nation that has a relationship with the US-led intelligence-sharing network called 5-Eyes. Therefore, your data may be transmitted to 5-Eyes countries.

Considering the poor security and privacy of Turbo VPN, you should look elsewhere for VPN protection. iTop VPN is the best alternative that offers better values.

Free iTop VPN is an excellent fast VPN free service that allows users to gain the access to global internet content ranging from streaming video vendors, game stations, chatting tools, to social media with a decent number of server locations. iTop VPN shines itself out because it is one of the few VPNs that support P2P torrenting and dedicated IPs.

iTop VPN apps support Android, iOS, Mac, and Windows. The apps are easy to download and set up.

How to Use Free iTop VPN for PC?

Step 1: Free download iTop VPN and install it on your Windows PC.

Step 2: Launch iTop VPN and click Change in the home window to select a server location to connect. By the way, your device will be automatically connected to auto protocol. If you want to change it, click the down arrow.

Step 3: Click the big round button in the middle to connect to enable VPN protection. 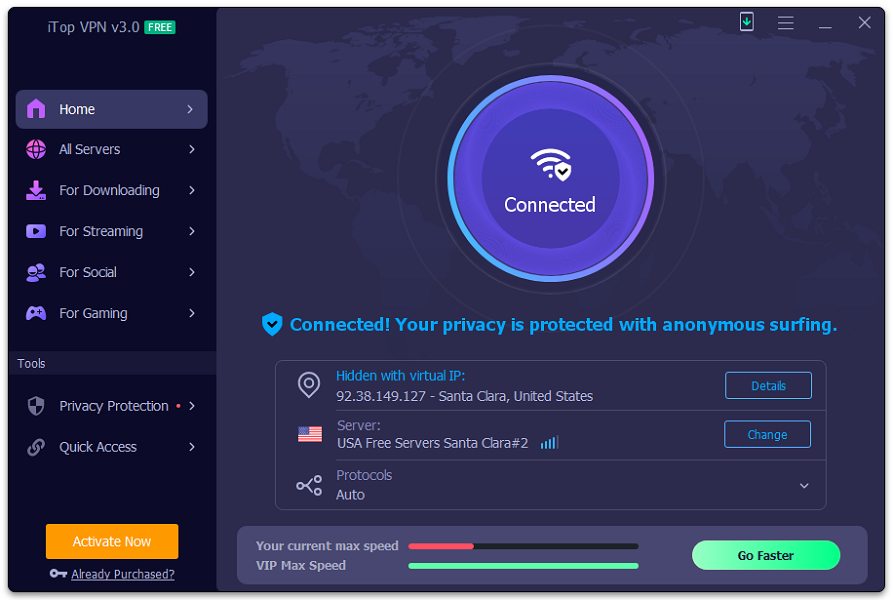 How to Use iTop VPN on Android?

Step 1: Find the iTop VPN in Google Play and click Install to install it on your Android phone. Sign up with your email address and password for the first time.

Step 2: Click All Servers and select a server location to connect.

Step 3: Click the Connect button to be connected to VPN.

VPN Turbo can work as a basic and simple VPN service that meets your need to unblock some geo-blocked platforms. However, lack of reliable speed, security, and privacy features, you shouldn't use it for anything requiring confidentiality like torrenting and banking.

Instead, iTop VPN can give users fast, secure, and private best free VPN for Windows VPN protection with a free or premium plan. Free download it and explore the internet today.