Italy VPN is available to access your favorite websites and stay online security. Now, get the best free VPN for Italy 2023 to satisfy your demands! 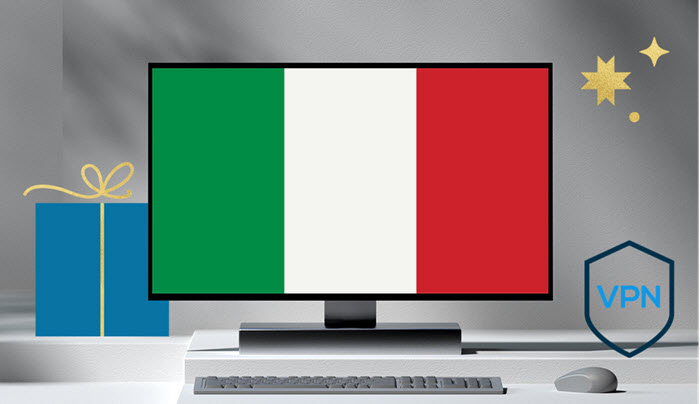 iTop VPN utilizes military-grade (AES-256) encryption, the extremely secure level of encryption, on your data. Alongside with further protection schemes, like Kill Switch can stop all internet traffic once VPN connection loses, and split tunneling allows you to access websites using encrypted VPN connection while using apps on your devices at a local network at the same time, it can provide world-class safety and anonymity on the web.

It employs thousands of VPN servers in 100+ locations. Whether you are in or out of Italy with the hope of accessing to exclusive contents on Netflix, Hulu, Disney+ etc., the VPN free can satisfy you. Once you connect a server in another region, your location is changed and available to touch the global internet at will.

Also, the best free VPN for Italy guarantees fast network speed. As mentioned above, it breaks bandwidth limitations by bypassing ISP’s monitoring due to a different IP. Therefore, you can maximally consume full bandwidth. In addition, iTop VPN owns stable and high-quality VPN servers all over the world. You don’t need to worry about slow connection or sudden dropping.

Now, you can clearly know what makes the VPN for Mac, Windows, and for other operating systems as the best free Italy VPN. It shows off its compelling ability for security, anonymity and streaming in Italy. 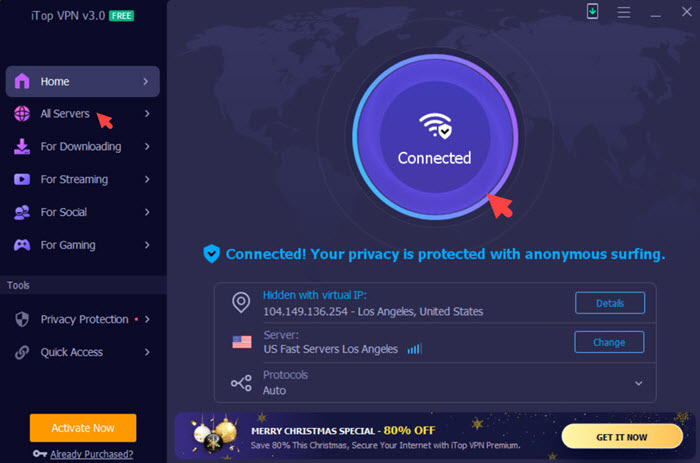