Best VPN for Saudi Arabia in 2021: Free to Unblock Limits

When it comes to internet freedoms, Saudi Arabia’s rank is extremely poor. Most of the social sites and applications in this country are banned. Some bloggers have even been arrested for speaking against the Saudi Arabian government on different platforms. In a nutshell, the internet landscape in this country isn’t free.

The strict restrictions of the government explain why more than 30% of Saudi citizens use some sort of a VPN for Saudi Arabia to gain complete internet access. This is exactly what we’ll be discussing with you today. You see, a VPN is of utmost importance if you want to enjoy access to all the famous sites in Saudi Arabia. 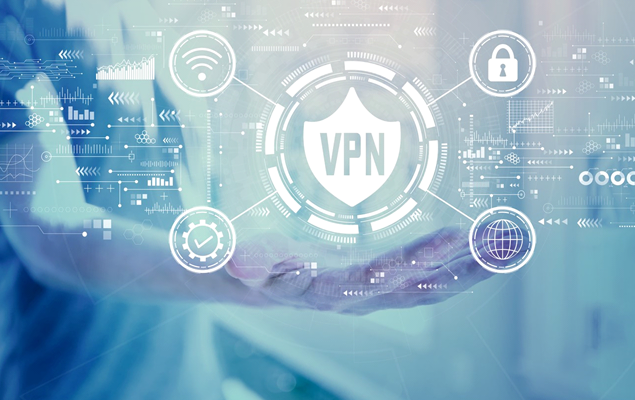 You need to know about the best VPN for Saudi Arabia that can help you;

•        Stream movies and other online entertainment channels in Saudi Arabia

What Can Saudi Arabian Do with A Reliable VPN

If you are a Saudi citizen then you need to use the best VPN for Saudi Arabia as it comes with several benefits that can make your daily life easier.

Here are some benefits that you need to know about;

With the best free VPN for Windows in Saudi Arabia, you’ll have complete access to all the blocked websites. Now usually in other countries, you don’t specifically need a VPN but in Saudi Arabia, it has become more of a necessity. The government restrictions and geo-blocking policies here are quite strict. People don’t have access to basic platforms like Skype/WhatsApp/FaceTime that are being used all around the globe. In such a situation, Saudi citizens need a reliable VPN that can help them unblock such important communication platforms.

It’s not just different apps and websites that are blocked in Saudi Arabia, there’s so much geo-restriction that people witness when using the internet. For example, you might be able to click open a website but you won’t be able to access the content because of geo-restriction. This is where a reliable VPN to Saudi Arabia comes in handy. With it, you can access all your favorite online games, movies, music, and even news websites.

Another main reason why people use the best VPN for Saudi Arabia is that it offers anonymity. You can explore different servers from Saudi Arabia without worrying about exposing yourself or even your IP address. The reason why you should always go for a reliable Saudi Arabia VPN is that it should offer high-level encryption protocols to protect you. Even if you end up on a malicious website, your identity will remain protected and secured when you are using a VPN.

Is It Safe to Use A VPN for Saudi Arabia?

As far as the government of Saudi Arabia is concerned, the idea of using a VPN is frowned upon. The Saudi government is quite strict about its laws and rules, especially the ones concerning the ban of multiple social media platforms. However, it’s safe to use VPN there especially if you are using a good one. It’s safe which is why around 30% of the Saudi citizens are already using it.

To ensure that you aren’t caught, you need to use a strong and reliable VPN which is why iTop VPN is recommended. This VPN is extremely safe to use and it focuses a lot on its anonymity feature which means that no one can know your identity. What’s even better is that with iTop VPN, you don’t even have to worry about securing your IP address because it's already kept hidden.

What’s the Best VPN for Saudi Arabia in 2021

If you are looking for the best VPN in Saudi Arabia then you need to try iTop VPN free right away. This VPN will work wonders for you if you want to have complete access to the internet and even those sites and applications that are banned in your country.

Saudi Arabia has strict internet access policies so we understand how important it is for you to use a VPN for Android or iOS that can open a world of opportunities for you. Whether it's for entertainment purposes or for communication purposes where you have to use apps like WhatsApp and Skype, you can use iTop VPN without any hassle.

One of the best things about this VPN for Saudi Arabia is that it comes with military-grade encryption. In a nutshell, not only your IP address and identity, in fact, but your activity will also stay encrypted and no one will ever have access to it.

Some of the features and functions of iTop VPN are;

•        Easy access to all blocked gaming and other entertainment sites

The Benefits of Using iTop VPN

iTop VPN is the best VPN for Saudi Arabia because it allows you to easily access all the fun and entertainment sites that are banned in the country. Whether you are into gaming, watching movies, or if you just want to connect with the rest of the world through apps like WhatsApp or Skype, you can do that all with iTop VPN.

Anonymity is of utmost importance when you are using a VPN. The reason why iTop VPN is the best is that it comes with military-grade encryption. This isn’t the kind of feature you can enjoy with all other VPN services. From your identity to your IP address and even your activity, everything’s protected.

If ads are a big headache for you then iTop VPN is again here to rescue. This best VPN for Saudi Arabia can work as an adblocker too. Now with this VPN, you can easily access any blocked website in Saudi Arabia without worrying about the annoying ads.

One other benefit of using this amazing Saudi Arabia VPN is that it comes with a high-speed connection and unlimited bandwidth. In other words, you won’t have to wait or witness any delays just to switch to another server or to access another blocked website.

Your system is vulnerable all the time and can easily be hacked by a hacker. However, when you use the iTop VPN for Windows, you won’t have to worry about any such thing. This VPN can work as a shield and protect your system from any malicious content or other techniques that hackers use to get into your systems.

How to Use the Best Saudi Arabia VPN

If you want to use iTop VPN, the best VPN for Saudi Arabia then you have to follow a few simple steps.

The first thing you have to do is to download this speed VPN for PC and then install it. To download, you can head to the official site and instantly get started with it. 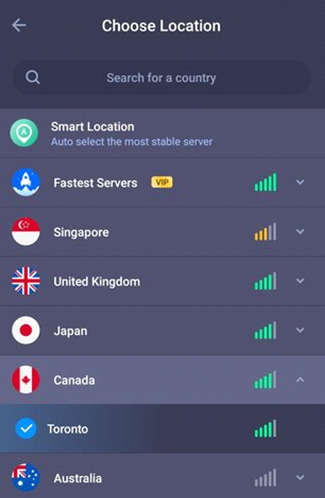 3 - Connect To the Server 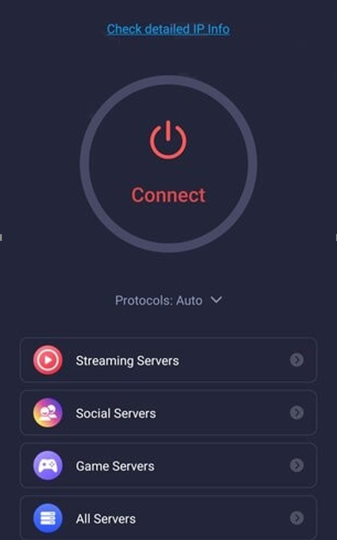 When you click on “Saudi Arabia”, you’ll then be connected to the server right away. After that, you can enjoy any movie, any music, and any website easily without worrying about your identity and activity.

This step-by-step process to use iTop VPN is quite simple and easy to understand. So if you’ve made up your mind then don’t wait and try this best VPN for Saudi Arabia right away.

Using a reliable VPN in Saudi Arabia has become more like a necessity. There’s so much content blocked in the country and there’s so much information that people don’t have access to. In such a situation using the best VPN for Saudi Arabia becomes important.

If you agree with us on this then try iTop VPN as it's the most reliable and the most secure VPN possible. Believe it or not, download now, using this VPN for Saudi Arabia will be the best decision you’ll make this year.