Hardware VPN VS. Software VPN: Which is the Best for You?

This article compares hardware VPN and software VPN, and also presents a list of the best 5 hardware VPN for home use.

VPN is very essential to network security. When faced with the choice of VPN solutions, one of the biggest problems is to choose hardware VPN or software VPN. Hardware VPN and software VPN provide different levels and types of vpn services, so you must choose according to your needs. 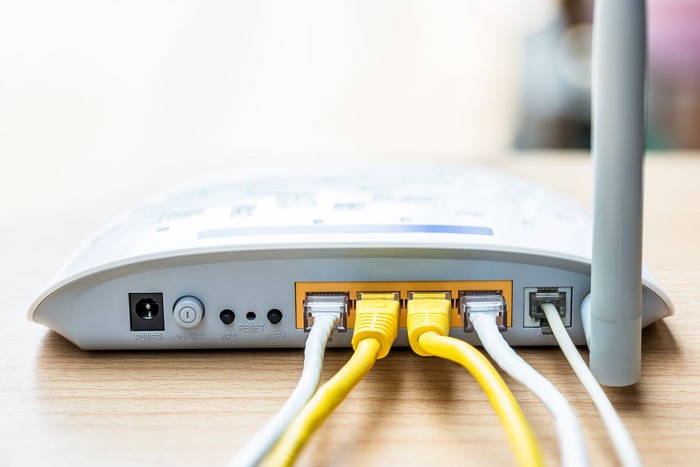 This article will explain in detail what hardware VPN and software VPN are, compare their differences and their respective advantages. Finally, you decide whether hardware VPN is the best choice for you or your company.

What is Hardware VPN?

Hardware VPN is a physical and standalone piece of equipment that manages authentication, encryption, and VPN functionalities to computers and mobile devices. It contains a dedicated processor to encrypt communication between two end-user devices, instead of relying on the processors on the devices.

Some routers have built-in VPN features and they can be regarded as hardware-based VPN as well.

What is Software VPN?

A software-based VPN asks users to download an application or browser extension on their computers or mobile devices. It runs on a server from a third-party VPN provider and connects the device to the server.

iTop VPN is an example of a software VPN. It offers security, privacy, and fast speed to the internet connection, which is equivalent to hardware VPN.

It has a dedicated VPN for Windows, macOS, Android, and iOS. All client apps are equipped with the best-in-class encryption features such as kill switch, ads block, and security reinforce. This VPN-enabling software helps you split tunneling for global content with its 1800+ server options worldwide.

How to use this software VPN?

It is very easy to use iTop VPN on all your devices.

Step 1: Download and install iTop VPN on your PC or any other devices it supports. 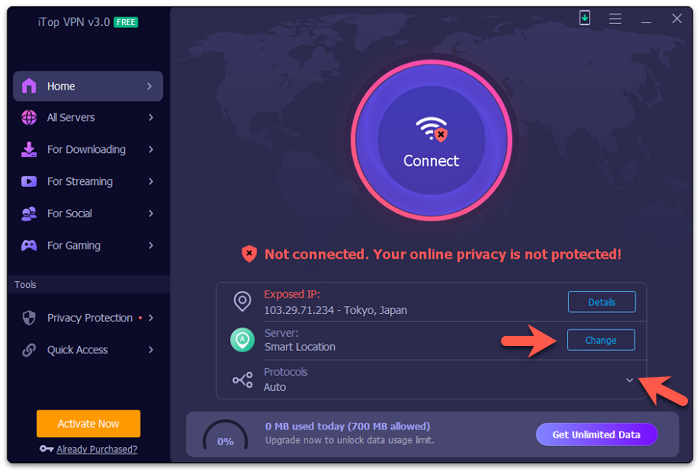 Step 3: Click the button in the middle to use iTop VPN protection. 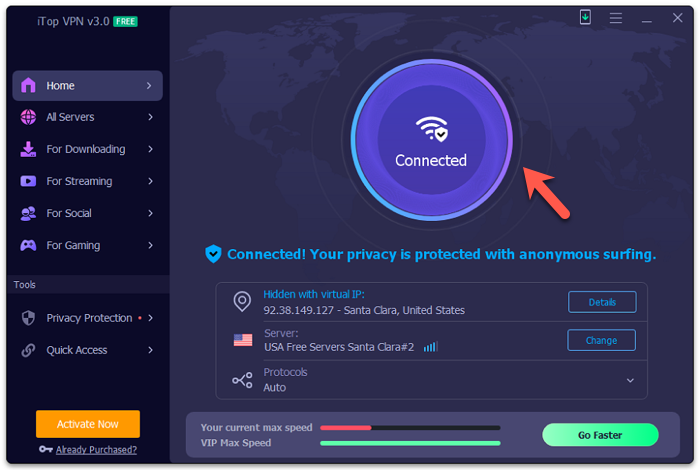 Hardware VPN vs. software VPN, which is the best free VPN for Windows for you? It is not as simple as a one-size-fits-all solution, so it is very important to run through the advantages and disadvantages of each VPN technology.

Then the right decision will depend on your or your company's needs.

As a solution to ensure network security and encryption, a high level of protection is the priority to consider when selecting a VPN service. Both hardware VPN and software VPN have trustworthy security with modern and advanced encryption methods like AES-256, OpenVPN, IKEv2, and WireGuard.

The weakness of software VPN lies in users' behaviors. For example, if users click on spammy links or install untrusted software, network security can be compromised.

Technically speaking, hardware VPN offers faster speed than software VPN because it uses its dedicated processor to encrypt data going through it. Otherwise, software VPN has to rely on the VPN server and the processor capability of your device. If the server your device connects to is far away, or your device doesn't have a powerful CPU, the internet connection will slow down.

However, it doesn't mean you will never get a fast speed with software VPN. Most premium VPN services have optimized their apps and enlarged server locations for fast network speed.

VPN Software for PC and mobile is very easy to use. You just download the application from the provider's official website, App Store, or Google Play, and install it. After launching and subscribing, you are provided with a user-friendly interface with a few simple settings like protocols and servers. You can enjoy secure VPN protection after connecting to the server.

The situation is totally different to configure hardware VPN. You don't have a graphic app but have to configure all parameters manually. With a small mistake, hardware VPN may fail to work or protect your devices.

Depending on how many devices it allows to connect, a piece of hardware VPN costs from dozens to thousands of dollars.

Subscribing to software VPN costs on average 10 dollars every month and it allows 5 to 10 devices to use simultaneously. Most software VPNs give a huge discount for long-term subscriptions and can cut the cost down to less than 3 dollars a month.

With a single piece of hardware VPN and software VPN, there is a limit to the number of connections. It is easy for software VPN to extend users by subscribing for additional users.

However, when you reach the connection limit if you are a hardware VPN user, you have to buy another piece of equipment and go through the complicated configuration again.

Since no software is downloaded and installed on the end-user devices, there is no concern about the compatibility issue with a hardware VPN. Regardless of which version of the application and operating system are running on your devices, a hardware-based VPN can ensure the VPN works correctly.

Software-based VPN interacts with the system environment, so it requires high standard compatibility. As a result, some devices may not support modern software VPNs.

Once an IT specialist sets up a hardware VPN device and keeps it running effectively, there isn't much extra maintenance to do. But for software VPN, you have to keep up with the software patches or upgrades constantly to make the VPN well-performing.

After hardware VPN vs. software VPN comparison, it is agreed that hardware VPN is the best pick for individuals with technical knowledge or enterprises with a lot of budgets.

If you want to have an affordable hardware VPN for home with enough connections, here is a shortlist of the best 5 VPN-enabling hardware options from Amazon based on the latest user reviews. They are ideal for home or office less than 10 users. 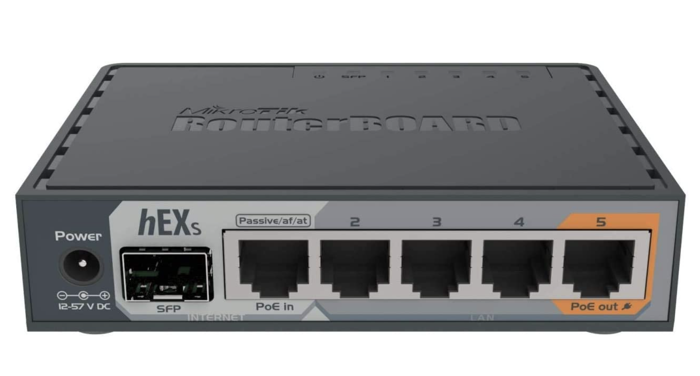 This VPN router has 5 Gigabit Ethernet ports and one SFP Fiber port. This equipment has a powerful processor with dual core 880 MHz and 256 MB RAM, which enables it to employ all advanced encryption and configurations. It costs $70. 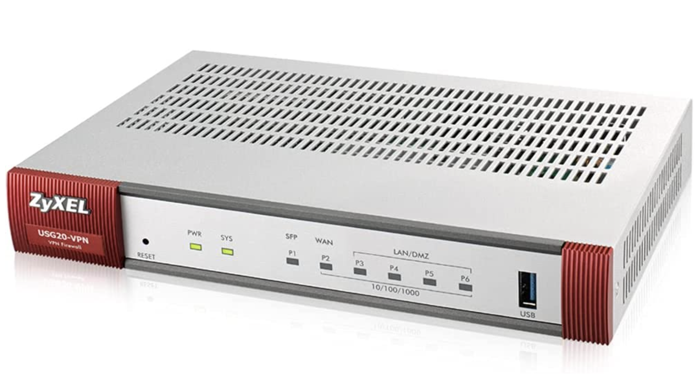 This hardware VPN for home or small businesses has 1 Internet port, 4 local network ports, and 1 SFP Fiber port. It offers up to 90Mbps encryption VPN throughput, up to 350Mbps SPI firewall, and 20,000 max TCP concurrent sessions. It costs $169.95. 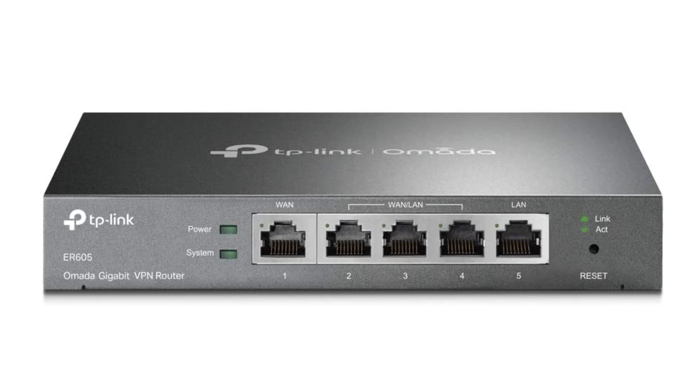 This router is a good hardware VPN for home use. It has 4 Gigabit WAN ports and 1 Gigabit LAN port. It supports secure IPsec, OpenVPN, L2TP, and PPTP VPN connections. It also provides SPI firewall protection. It costs $59.99. 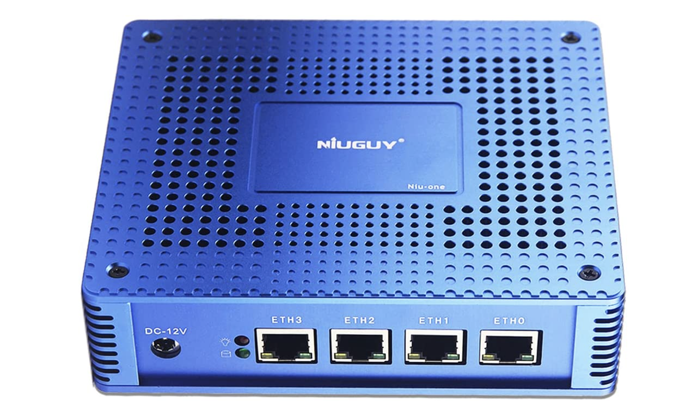 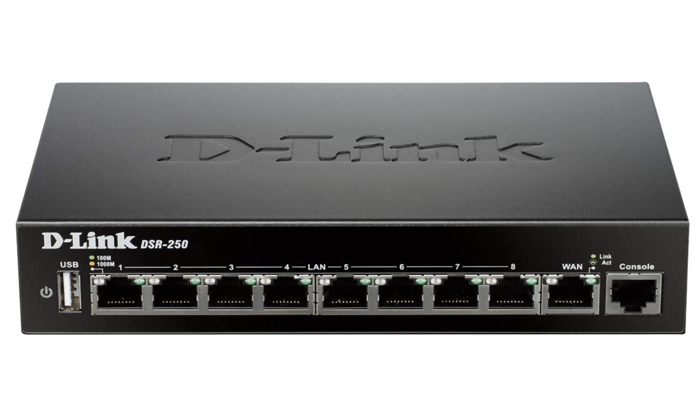 This hardware VPN by D-link has 8 Gigabit LAN ports, 1 Gigabit WAN port, and 1 USB 2.0 port. It provides optimal network security features such as VPN, PPTP, IPsec, and SSL. It costs $175.

Hardware VPN has high security and fast speed, but the price is not very affordable and the configuration is complicated for average users. Meanwhile, software VPN is more affordable, flexible, upgradeable, and easily manageable. In addition, the speed and safety of a professional one are also guaranteed. You can try software VPN such as iTop VPN free first to see if it can help you secure your web activities and unlock global content.