Binance VPN: Unblock & Secure Your Access to Binance in the US

This post shares the best and free Binance VPNs for Binance unblocking so that you can access the restricted Binance platform from the US, Canada, Germany, and more countries.

Binance is an online exchange where users can trade the most common cryptocurrencies, including Bitcoin and other Altcoins like Ethereum, and Dogecoin, which has brought wealth for many users. However, due to a wave of disgruntled customers and enthusiastic regulators, international Binance has been facing regulatory scrutiny ever since 2019, and now has been banned in countries like Italy, Canada, and Germany. This is unpleasant for users who are forced to close or switch a cryptocurrency-exchange account, for which Binance VPN is implied as a feasible solution to unblock the Binance platform.

Binance VPN allows access to Binance by assigning you with a new IP address so that you can appear to be in the permitted region. Moreover, VPN for Binance gives you the go-ahead for international Binance, meaning you can trade more types of cryptocurrencies with lower fees than the slimmed Binance.US version. Here introduce 4 excellent Binance VPN services so that you can buy and sell cryptocurrencies using Binance with no fuss. 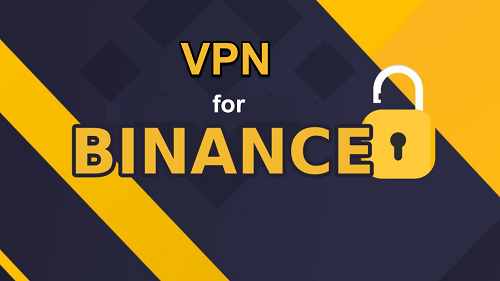 There are several VPNs out there claiming the ability to unblock Binance from different locations. Then, which is the best VPN for Binance unblocking?

If this is the question in your mind now, you are in the right place!

iTop VPN is highly recommended among the rest of Binance VPNs when it comes to prices, speed, and security. In the cases that your currency gets banned in some countries such as the UK, Canada, and Japan and that cryptocurrency exchange on binance.com is under investigation by the US Justice Department and US tax authorities, iTop VPN, the fast VPN free appears to be a good assistant for Binance unblocking from other locations.

How to use iTop VPN to access Binance step by step?

Step 1: Free download the VPN for Binance—iTop VPN on your device. iTop VPN is the best free VPN for Windows, also available in Android, iOS, macOS.

Step 2: Launch iTop VPN, as the main version of Binance, is available outside the US, so you can choose a server located in Europe like the UK and Australia. 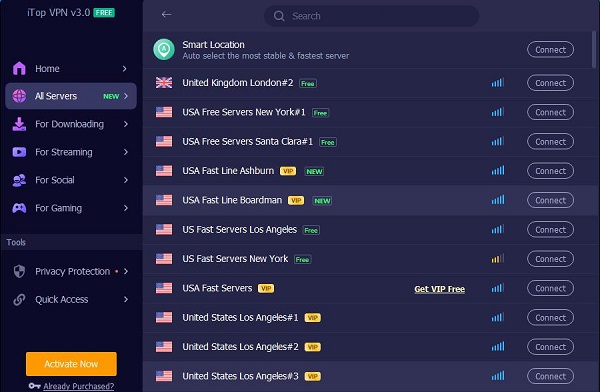 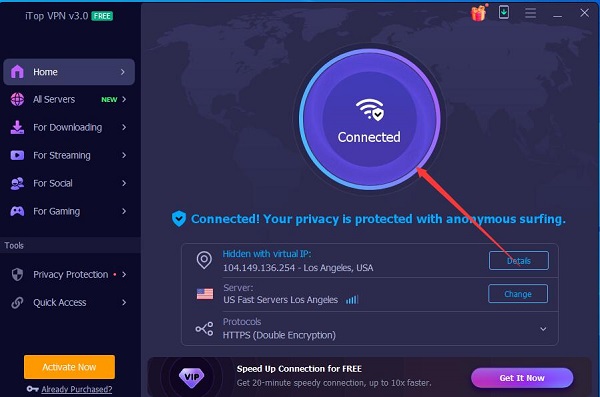 NordVPN ranks after iTop VPN for Binance unblocking. It's one of the most popular VPN services for Binance due to its security and coverage of server locations, though it's slightly more costly than the free Binance VPN.

Generally speaking, this application can connect Binance with VPN risk-free, allowing industrial 256-bit AES encryption when you trade Bitcoins in binance.com. NordVPN hides your original US location and prevents it from being detected. Though with a powerful ability to bypass geographical restrictions and connect Binance with VPN, NordVPN doesn't allow free VPN for Binance.

ProtonVPN: One Safe Binance VPN to Protect Yourself Online

ProtonVPN is based in Switzerland. This is important for investors as there is no regulation tailor-made for trading cryptocurrencies or mining cryptocurrencies. A green light is given by ProtonVPN, meaning that you can access Binance with a VPN without worrying about censorship. ProtonVPN transfers traffic through an encrypted VPN tunnel and does not necessarily track or share data with third parties due to the Swiss base.

PrivateVPN: the Growing Binance VPN to Enjoy the Internet

Another growing Binance VPN in the market is PrivateVPN. It claims to unblock anything with privacy and lightning speed. Let's see the advantages and disadvantages of PrivateVPN when it comes to breaking restrictions in Binance with this VPN.

PrivateVPN is a fairly new VPN provider that offers a solution to access Binance with 200 servers spreading across 62 countries. If you are OK with shortcomings like limited VPN locations and random performance issues, PrivateVPN could be a tool to help you unblock Binance services anyway.

If you want to trade cryptocurrencies in the US or other banned countries, using Binance with VPN is definitely the most feasible way by now. You can bypass Binance's geo-restrictions simply with a Binance VPN and go head for cryptocurrencies exchange from almost everywhere in the world. But you should select the best VPN for Binance in that not all VPN providers perform what they claim to. Unqualified Binance VPN could get your account banned by Binance once your real traffic location is detected and recognized.

Therefore, Binance VPNs especially iTop VPN mentioned in this post are able to help you secure access Binance with security by encrypting your internet traffic and preventing your Binance trade from attacks of cybercriminals, government bodies, and traffic providers.

Start buying and selling cryptocurrencies, including Bitcoin, Ether, and Altcoins on Binance with VPN from iTop now, safe, fast, and free!