Free Kodi VPN & How to Install VPN on Kodi

Try the best free VPN for Kodi to access favorite content on the media player Kodi. Besides, get 3 ways on how to install VPN on Kodi with detailed steps .

Kodi is a free and open-source media player that makes media content from local folders more accessible. And more importantly, Kodi supports various Kodi add-ons and repositories, through which users can extend the capabilities to stream TV shows, movies, music, sports, and more online. With a wide range of customized settings and high extensibility & integration of functionality, Kodi becomes the ultimate solution to build a personalized entertainment hub. 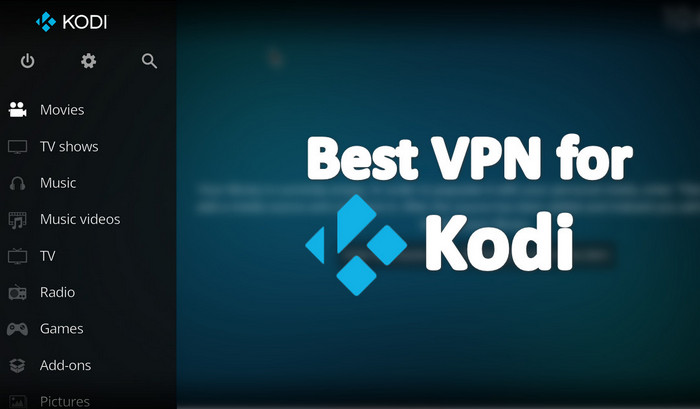 To get your media entertainment started on Kodi seamlessly, you should carry out a proper setup process at first, and one nice step is to install a Kodi VPN. Why a VPN is important for Kodi? How to get the best VPN for Kodi? How to install VPN on Kodi on different operating systems? Follow the post to get the gist and set up the best VPN to boost your Kodi streaming experience to a new level.

Contents
Part 1. Why Do You Need a Kodi VPN?
Part 2. The Best Kodi VPN - iTopVPN
Part 3. How to Get the Best VPN for Kodi to Stream Online
Part 4. Another Two Ways to Set Up Kodi VPN

Why Do You Need a Kodi VPN?

Is VPN necessary for Kodi? It is for sure if you want to stream content on Kodi without being blocked. A quite number of Kodi streaming add-ons are only available in certain countries and the key function of a VPN is routing your Internet connection through a virtual server from designated countries. In this way, you can stream desired content without any hassle.

2. Protect Your Activities from Being Tracked

Kodi is a legal application but it is hard to tell whether the Kodi add-on you have installed is officially authorized or the streaming sources on them are all licensed. VPN for Kodi can force all traffic over a non-tracked tunnel to make your activities anonymous to your Internet service provider and the government. So there is no risk of being accused of infringement.

Another good side of VPN is it can disguise your IP address and well protect personal data. Given this, Kodi VPN is quite essential when you stream content with a public network that is more vulnerable to attacks from hackers.

Some Internet Service Providers use throttling to control network traffics so people have always encountered slow connection when streaming movies on Kodi or involving other events that require a larger bandwidth. A Kodi VPN is proven to be a quick method to keep your internet connection from being limited by ISP.

As you can see, a VPN for Kodi primarily contributes to safer and faster streaming, the most influential factors shaping the superior Kodi experience. Whilst a wide selection of VPN apps emerges, the frustrating fact is, most of them either charge higher prices than similar products or entail a compromise on server quality. But now iTop VPN comes to offer you a perfect solution. Free download it and start Kodi streaming without extra set-up.

iTop VPN is ranked as the best VPN for Kodi free. It highlights simplicity, VPN free, as well as advanced encryption. With the VPN software installed on your device, you only need to connect to an assigned server and direct launch Kodi for safe streaming. Here are its main features:

iTop VPN offers unlimitedly free VPN services for streaming, rerouting to dozens of regions and countries. So you can freely access any content on Kodi without restriction.

It adopts advanced AES-256 Encryption standards and IPV6 Protocol, along with more latest privacy and security techs, to ensure waterproof safeguard when you browse on the internet.

The smart VPN Kill Switch mode will be triggered to stop all Internet traffic when there is an unexceptional VPN disconnection. Besides, iTop VPN supports DNS Protection, Security Reinforce, Browser Privacy, and Ads Black for greater protection intensity.

While well encrypting your IP address and personal data, iTop VPN uses a strict no-logs policy. It never stores your data and is 100% safe to use.

iTop VPN offers free unlimited VPN for Windows, Mac OS, Android, and iOS. You can access favorite streaming content on the move with your all devices.

How to Install VPN for Kodi for Windows/Android/iOS

Here is how you can get the VPN for Windows to stream content on Kodi as an example.

Step 2. Launch iTop VPN, click on the Connect icon to connect to the most optimized server. Optionally, go to the All servers list to select a free server for Kodi. 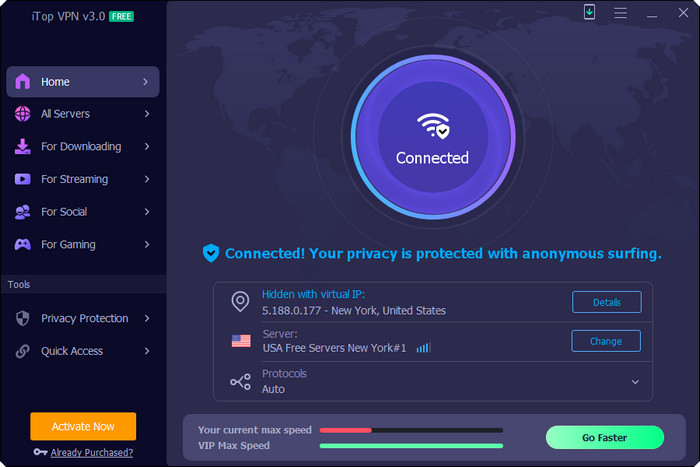 As the best free VPN for Windows, Mac OS, iOS, and Android together, iTop VPN secures the network connection on your Mac, mobile phone, and tablet through the same procedure. Now you can start Kodi and stream TV shows, movies, or other favorite content smoothly.

iTop VPN offers comprehensive solutions to protect your data security. It is also a good VPN for uTorrent, Roku, Netflix, Xbox One, and other devices and programs.

Another 2 Ways about How to Install VPN on Kodi

Here are another two ways to set up a VPN for Kodi. It is worth mentioning that these ways involve intricate processes. You might be better off using them as backup options only.

How to Install a Kodi VPN Add-on

People who are running LibreELEC or OpenELEC fork of Kodi can make use of the pre-installed OpenVPN add-on that covers many safe VPN services, including ExpressVPN, NordVPN, and IPVanish. If OpenVPN isn’t available on your Kodi program, you can also perform the installation. Here is the how-to.

Step 1. Install Zomboided repository that holds the necessary add-on: Visit the Zomboided repo download page on Github, download the zip file, then launch Kodi, select Add-ons, click the box icon on the top left corner, select Install from zip file, head to the location where Zomboided zip file is stored, click to install it on Kodi. 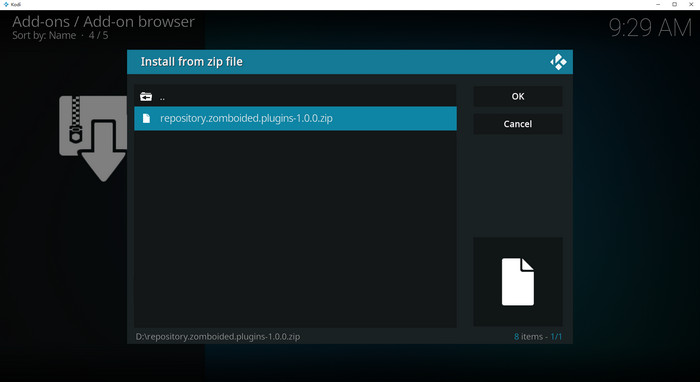 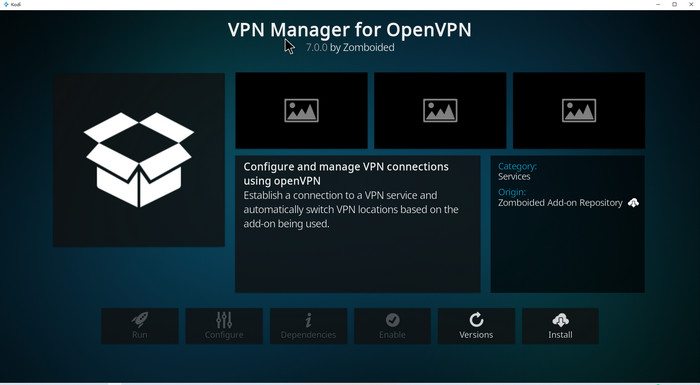 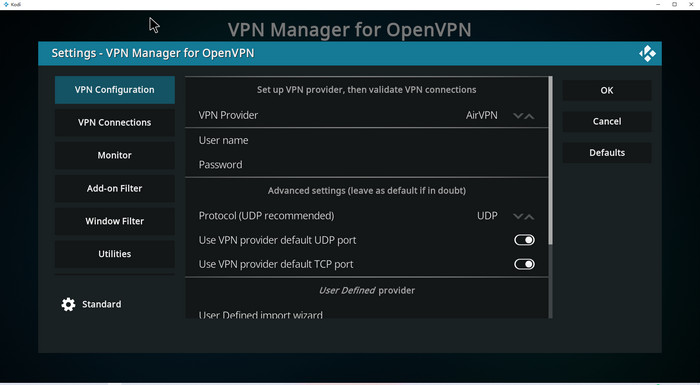 Setting up a VPN on a router is quite advantageous for safe streaming on Kodi. After the VPN Kodi router is set up, you will be able to connect all your devices to the router for use, instead of configuring VPN for Kodi on each device respectively. Users who are using Kodi on Firestick, Fire TV, or similar streaming devices will find the solution favorable since it currently is the only workable way. 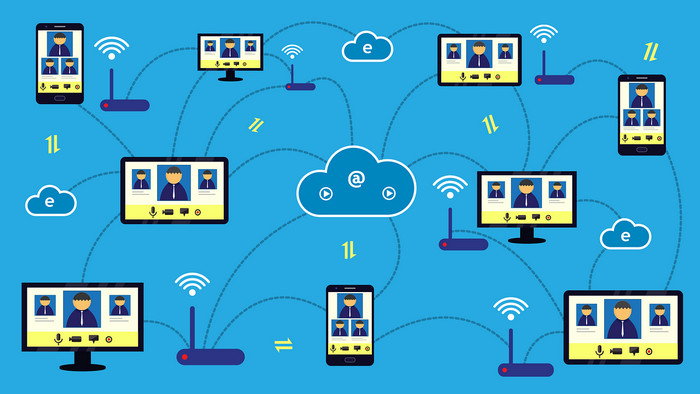 Still and all, manually setting up a VPN requires a router with DD-WRT or Tomato firmware. Based on different router models and VPN service providers, the specific process is slightly different.

Pre-flashed VPN routers are also available for sale if you think the set-up procedure is too complicated and the price fits in your budget.

This post has walked you through workable ways to set up Kodi VPN at this moment. iTop VPN is deemed as the most optimized way to work it out because of its simplicity and security performance. Installing a VPN add-on or using a VPN router is also be applicable on certain Kodi devices. Additionally, many people try to use VPN for Kodi on the likes of Roku that don’t support Kodi or VPN. For this, you need to get the most secure VPN, iTopVPN, and cast desired streaming content from your computer to the device!