For all soccer fans around the world, La Liga is no stranger. This article introduces how and where to watch La Liga with or without cable in different countries or regions.

All soccer fans around the world must be familiar with Spain’s premier football league La Liga. It consists of the best 20 teams in Spain, offering the most exciting games by some of the most talented players in the world. Fans are thrilled about this coming season. 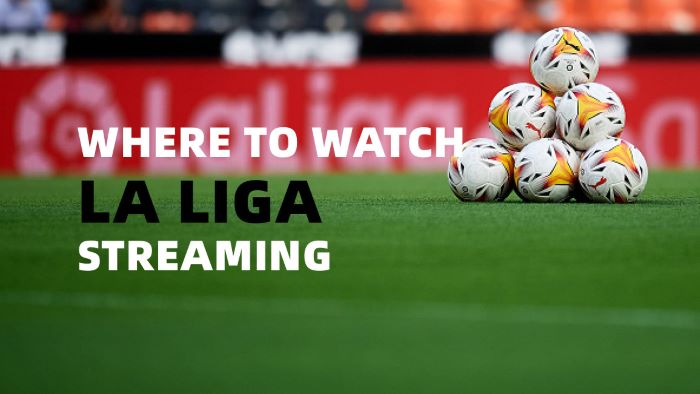 Where to Watch La Liga Live Without Cable

As La Liga season 2022/23 approaches, fans all over the world are anxious to find out where to watch La Liga live, especially where to stream La Liga online since it's more convenient to do so. Check out the 6 most popular platforms that feature online stream services below.

6 Most Popular Platforms That Can Stream La Liga Live

For American fans, where to watch La Liga USA is not an issue anymore. ESPN+ is the most popular and economic platform to watch La Liga games. Subscribers of ESPN+ can enjoy all 380 La Liga games every season. ESPN+ is owned by Disney Media and Entertainment Distribution, in partnership with ESPN Inc. The price is unbelievably low, which is only $6.99/month.

Fubo TV is another American streaming television. If you're interested in more than just La Liga, Fubo TV streams the world's biggest soccer matches like South America's Copa Libertadores and the Africa Cup of Nations, costing $69.99/month. FuboTV subscribers are entitled to 1000 hours of cloud DVR and the ability to stream live TV on up to ten devices.

You May Like: Best VPN for fuboTV 2022: Unblock fuboTV Free with fuboTV VPN >>

For countries like Austria, Germany, Italy, Spain, and Japan, DAZN has the broadcast right of La Liga. Owned by DAZN Group Limited, which is a British sports media company, DAZN costs €24.99/month. Unlike traditional linear and satellite broadcasting, DAZN is an over-the-top (OTT) streaming service that delivers directly to viewers via the internet.

It is a global network of sports channels owned and operated by the Qatari media group beIN. beIN Sports streams La Liga matches in Australia, New Zealand, France, and most countries in Southeast Asia. It costs $19.99/month in Australia and €14.99/month in France.

You May Like: 5 Best VPN for beIN Sports to Be Watched Anywhere [Fast & Stable] >>

You May Like: Unblock Amazon Prime VPN: Industry-Leading VPNs in 2022 >>

As part of Youtube, Youtube TV began streaming in April 2017 in America. Despite its high monthly cost, $64.99/month, YouTube TV features a collection of over 85 channels across live sports, news, and entertainment in English and Spanish. It also integrates excellent DVR features and supports numerous platforms. The good thing is that viewers have free access to highlights of each game.

Now that the costs of watching La Liga matches in different regions are listed above, it's clear that viewers in the USA have the privilege to enjoy the very same games at the lowest price. Don't get jealous yet. Here's a new way for other regions to enjoy the fun and save some money at the same time.

All you need is a VPN with American servers, which will change your location to America and provide you with a new IP address. It allows you to get around geo-block and sign-up for ESPN+.

Follow the steps below and you’re good to go.

Step 1: Download iTop VPN on your device. This VPN has dedicated apps for Windows, macOS, Android, and iOS.

Step 2: Choose or search for a server is the US from the server list. 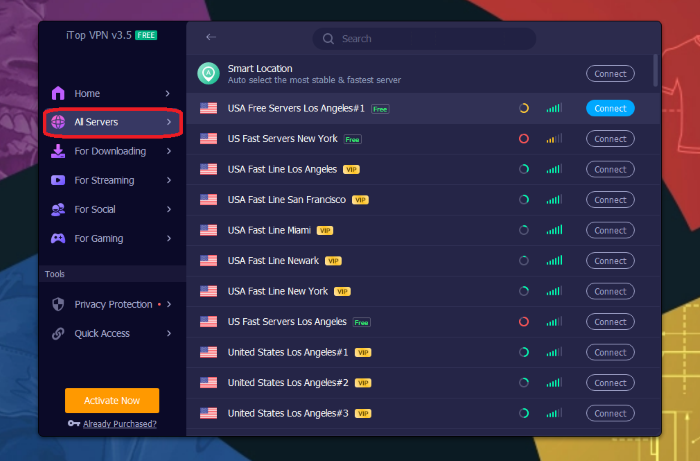 Step 3: Click the "Connect" button to start creating a free VPN connection on your device. 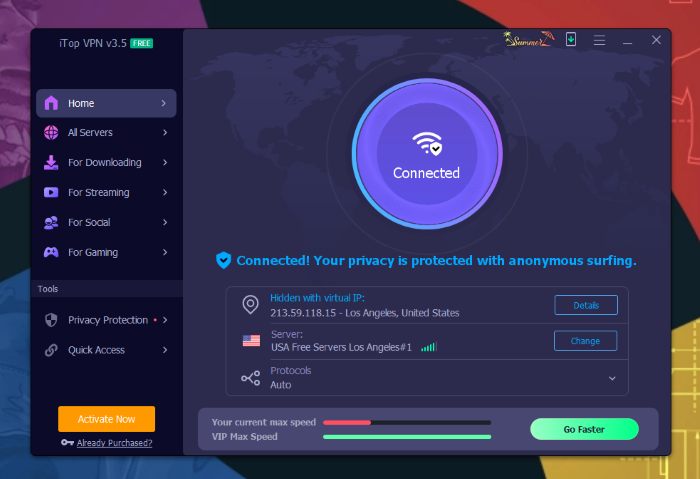 Step 4: Log into the streaming service you choose, like ESPN+, and start to watch La Liga live streaming. 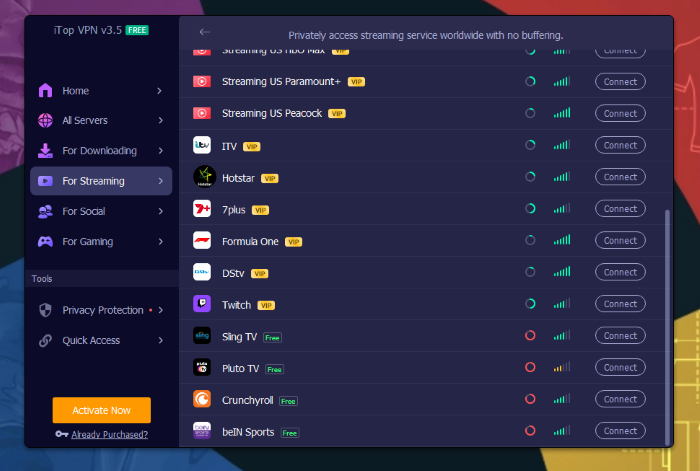 Where to Watch La Liga Live with Cable 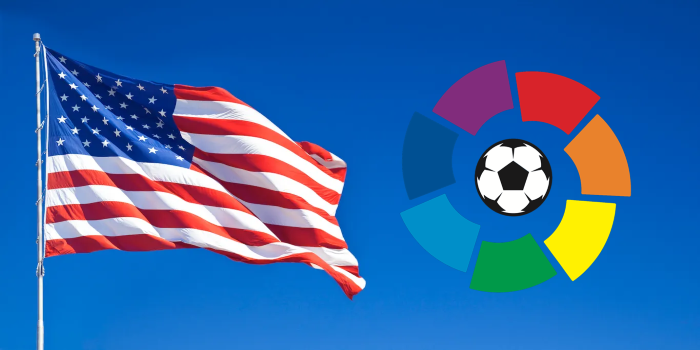 Watch La Liga in the USA

Regarding the question "where to watch La Liga USA with cable", ESPN has acquired exclusive rights to the Spanish La Liga in the USA. ESPN's eight-year deal gives it full access to La Liga's English- and Spanish-language rights in America through 2029. Therefore, La Liga is available on ESPN, ESPN2, ESPN3, ESPNU, ESPN Deportes, ABC, and Fubo TV.

FAQ About Where to Watch La Liga

1. Where can I watch free La Liga?

All cables and streaming services are licensed to broadcast La Liga. There's no free method to watch La Liga matches legally. Illegal live streams are considered very dangerous because of the virus. It's highly recommended to get a legal streaming service like ESPN+.

The answer is yes. But the price is $69.99/month. If your interest is solely in La Liga, ESPN+ is much cheaper than Hulu.

You May Like: [Hulu VPN] Work with the No.1 VPN for Hulu to Stream from Everywhere >>

Different apps are used in different regions because of the broadcast right. In the US, you can watch La Liga on the ESPN app, ABC app, and Fubo TV.

Where to watch La Liga? For American viewers, a combination of ESPN+ ($6.99/month) and Paramount+ ($4.99/month for exclusive UEFA Champion League) will secure all 380 La Liga matches.

For other viewers, iTop VPN free is highly recommended, with which you can easily stream all La Liga games just like American viewers.