VPN protocol determines how data transmits to a private server. Below are 9 common VPN protocols and their pros and cons.

VPN, virtual private network, masks your internet traffic with an encrypted tunnel and transmits the traffic to VPN servers that grant your device a different IP address. Online activities with VPN-on can benefit profoundly from security and privacy. For example, VPN enables users to circumvent geo-restrictions and censorship with the aim to hide personal identity and location, thus making it harder for hackers and trackers to snoop about your online movements. There are plenty of VPN providers which adopt different protocols. 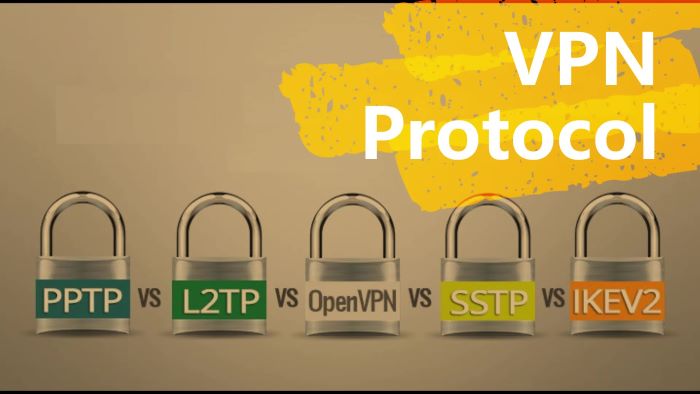 What is VPN protocol? The VPN protocol determines exactly how data is packaged in an encrypted tunnel and then sent over to the private server, each with distinguished pros and cons. Read on for more details.

Part 1: What is a VPN Protocol?

The VPN protocol is a set of rules that regulates how internet traffic is routed between the VPN app and the server with promised security when exchanging data. To put it in a plain way, the whole process is similar to sending a valuable package to the designated recipient without letting anyone else know. You may cloak the piece with extra packaging, store it in an encrypted safe VPN box, or choose a private delivery path, all for better security and privacy. Different protocol of VPN is the approach VPN apps take when sending data. No VPN tunneling protocol is perfect and every protocol has its highlights as well as downsides under specific circumstances. Let’s say, for some protocols of VPN, data delivery takes priority over any other matter while some would focus on security first.

There are major VPN protocols you can commonly see from VPN apps; besides, other options can be taken into consideration to meet your special requirements. Read on to find out which protocol to use.

OpenVPN is one of the mainstream tunneling protocols that uses TCP and UDP modes to ensure users benefit from security and fast data speed. Due to the many advantages it owns, this protocol is available from most leading VPN providers, for example, iTop VPN adopts TCP and UDP connections to offer the most suitable service for users under multiple scenarios.

Layer 2 Tunneling Protocol (L2TP) is a VPN tunneling protocol that takes advantage of tools in the IPSec suite to encrypt your traffic and keep your online tracks private and secure.

IKEv2 usually pairs with IPSec for better VPN coverage. Created by Microsoft and Cisco, IKEv2 is well known for its stability and reliability.

WireGuard is considered the most recent and fastest VPN protocol that facilitates your online safety.

SoftEther protocol is originally liked by small business owners due to the need for digital services.

As the predecessor of the TLS, Secure Sockets Layer (SSL) is one of the old protocols that offer security, authentication, and integrity to online communications.

Overall, each protocol shares its pros and cons. OpenVPN might be a comprehensively fair choice while WireGuard definitely speaks for blazing-fast speed.

Part 3: Which VPN Protocol is Best?

It’s not an easy task to answer the question that VPN which protocol is best, but you can get an answer in terms of certain specifications, say, speed, security, and compatibility.

1. What is the Best VPN Protocol?

The popularity that OpenVPN gains doesn’t lie. It enables users with premier security, high versatility, and fast speed. As the top dog in the tunneling lineup, OpenVPN is an all-in-one solution adopted by major VPN providers, including iTop VPN, the ultimate free VPN that offers private access to the web with military-grade protection to your online security. Apart from TCP and UDP protocols in OpenVPN, iTop VPN also offers an HTTPS connection that takes well care of users with all needs.

2. Which VPN Protocol is the Fastest?

Undoubtedly, WireGuard delivers the fastest data speed in all VPN tunneling protocols. It’s fully adept to exceed 500 Mbps under certain circumstances and the extraordinary speed makes it a perfect choice for streaming and gaming.

3. What is the Most Secure VPN Protocol?

IKEv2 comes with a secure key exchange session. Moreover, it employs advanced encryption programming from the IPSec suite and therefore, achieves security at the highest standard in the protocol lineup.

4. Which VPN Protocol is Compatible with Most Platforms?

PPTP has to win the prize when it comes to the most cross-platform compatible protocol. During its 30 years of VPN coverage, it shows up almost anywhere, Windows, macOS, Linux, Android, and many other operating systems and devices you can ever think of.

Depending on the OS and device you use, the certain spec of performance you care about, the best, fastest, safest, and most compatible protocol of VPN vary in different scenarios.

OpenVPN shares wide popularity among most VPN providers, PPTP, L2TP/IPSec, and SSL all come with time-honored history, and WireGuard delivers so far the highest data speed, IKEv2 maintains supreme stability and reliability, TLS applies to compound communication scenarios, and SoftEther is very business-friendly. You can easily find the VPN protocol that serves you well based on various specifications, security, encryption, efficiency, and data speed. If you are still puzzled with which VPN protocol to use and annoyed by the protocol setup, just go for iTop VPN, one of the best VPN providers that offer you an inclusive solution to VPN service with bulletproof security to your online tracks. Download iTop VPN to protect your privacy immediately.