What's the best premium VPN for Mac? Use the best VPN for Mac listed in the article to access worldwide websites and protect your web browsing activities.

Nowadays, your life has become digitalizing and many things are done with a Mac computer. Meanwhile, your identity and privacy are increasingly at risk as hackers or malicious websites would secretly steal your personal information for selling or other bad purposes.

A VPN for Mac is a necessary tool that can help us browse the internet safely because it will hide your IP address and encrypt your online activities like sending emails, shopping online, or paying bills. What's more, it helps to bypass government restrictions and access geo-blocked streaming services like Netflix, Disney+, or Hulu. 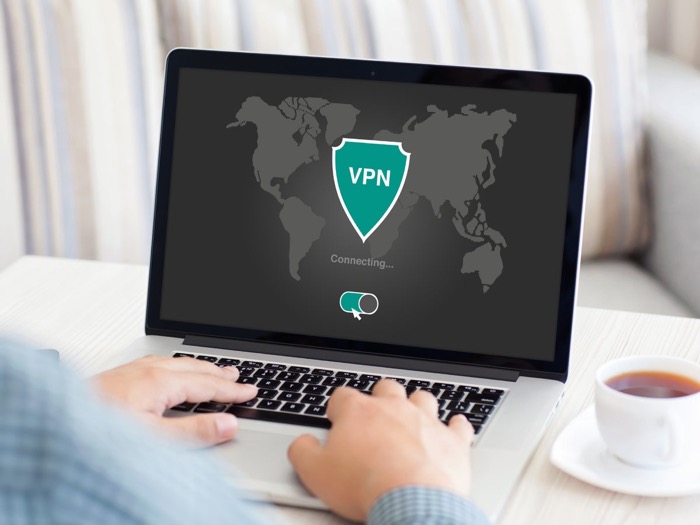 With a VPN, we can have full enjoyment of a secure and private web browsing experience on Mac. You can find compatible VPNs on Windows, Android, iOS, Linux, macOS, and routers. In this article, we conclude the 4 best VPN for Macs software, free and paid to use with distinctive features.

iTop VPN is first recommended as it has a free VPN Mac trial version with no time limit. The free version allows you to use no registration and credit card. If you’re satisfied with its features and functions, then you can get a paid version that enables you to enjoy more privileges. You can use the best free VPN for macOS and other operating systems: Windows, iOS, and Android. It is also available for MacBook Air/Pro and iMac models. To access global content and stay anonymous online all the time, it is a top choice for everyone.

The main features of the free VPN for Mac:

ExpressVPN is one of the most known VPNs in the current market for its massive server footprints and powerfulness in protecting users' web traffic. With its clean and effective interface, beginners are comfortable with this service. It can unblock all sorts of region-locked content with a fast speed. 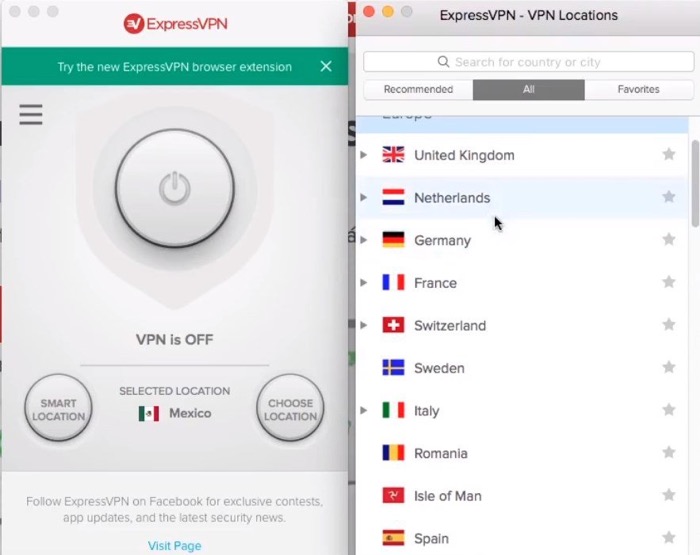 The main features of ExpressVPN include:

The next VPN application for macOS service is NordVPN. This VPN software employs standard AES-256 encryption plus Perfect Forward Secrecy to avoid security compromises. It hides your IP address and DNS so well that your online activities are secure and private. It can bypass most government censorship and enable you to have unlimited enjoyment in streaming, social media, and other entertainment. It works on Windows, macOS, Android, iOS, routers, and even blackberry phones. 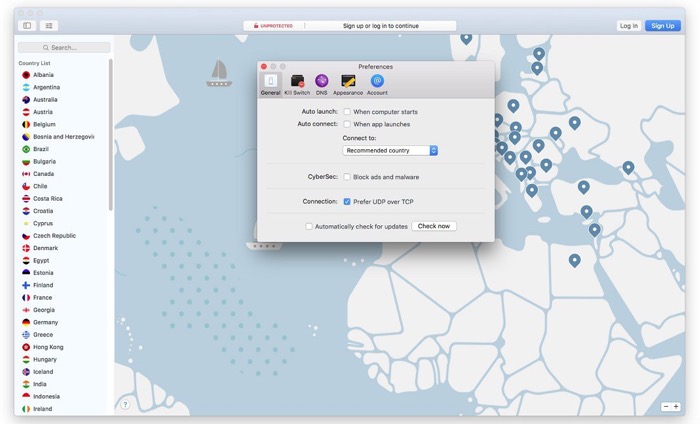 Last but not least VPN for Mac tool is called ProtonVPN. It is an impressive VPN for Mac free service with unlimited bandwidth. This VPN provider can help you securely and privately access many websites or content. It supports devices running Windows, macOS, iOS, Android, and Linux. 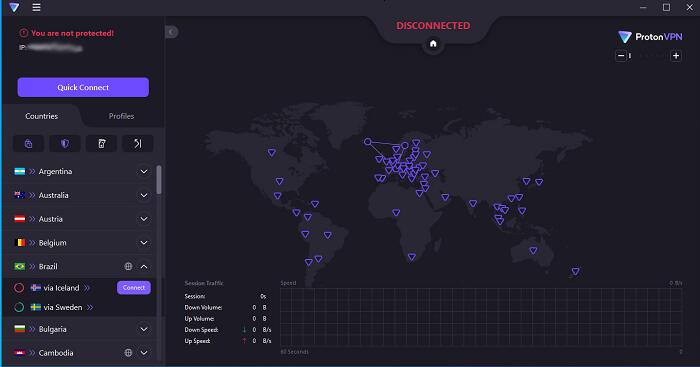 Benefits if you use ProtonVPN:

How to Use iTop VPN for Mac Free Version

Step 1: iTop VPN for Mac free download and install on your Mac.

Step 2: Drag iTop VPN to your Mac applications to install. 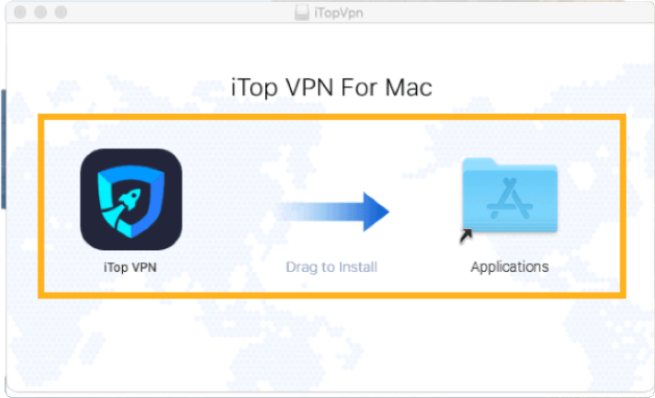 Step 3: Select your server and connect to the server. 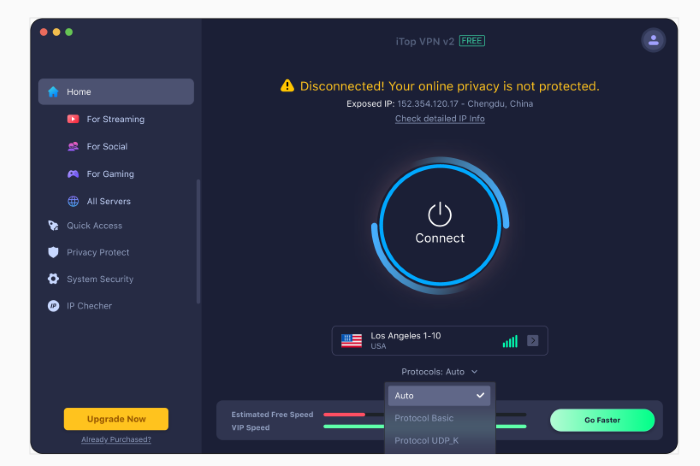 The complete information about iTop VPN's more features, speed test, and security level are concluded in this iTop VPN review.

What is a Good VPN for Mac?

When we say "the best", we are expecting versatility. In terms of a VPN, we are looking to its excellence in security, privacy, speed, the number of servers, platform support, global content access, and simultaneous device connection. Also, we would like it to be completely free or at least cost-effective.  The VPNs introduced in the article will meet all these criteria. Get the best VPN for Mac that meets your needs.

If you are concerned about your online security and privacy and want to have the freedom to access the blocked contents, a VPN is a must. If you are looking for a VPN for Mac, we recommend trying the VPN for Mac app iTop VPN offering a free version with a lot of benefits.  Of course, ExpressVPN, Nord VPN, and ProtonVPN here are your choices. Both ExpressVPN and NordVPN are in the top class but their prices are relatively high while ProtonVPN offers a free plan but may lack some advanced features and content access.