Check the top 5 VPN for iPhone, and find the best VPN for your iOS devices by comparing their compatibility, prices, stability, supported countries and servers.

VPN, meaning virtual private network, can change your online IP address, a unique set of numbers that represents your identity and location of accessing the Internet. It's widely used to hide your real identity and location and protect your privacy from online attacks. Under this premise, VPN is further applied to help people access streaming, gaming, and social platforms like the Netflix, PUBG, Telegram, etc. That's to say, with a VPN for iPhone modifying your IP address, you literally can visit any platforms and websites on your iPhone. However, you'll get overwhelmed by the countless VPN choices when looking for the best VPN on iPhone. 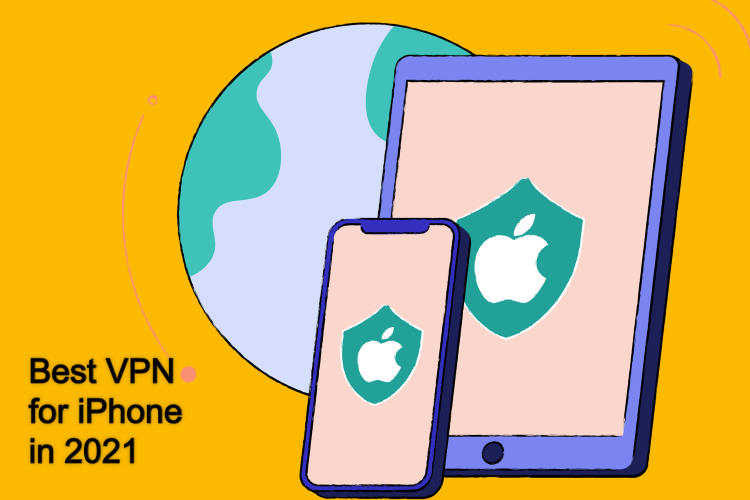 Don't know where to start? Check this post that compares 5 top VPN for iPhone in terms of performance, compatibility, affordability, usability, and security and get some insights.

Contents
Overview of the Top 5 VPN for iPhone

Guide on the 5 VPN for iPhone

An Quick Overview of the 5 Top VPN for iPhone Users

In a bit of a rush? Check the following brief comparison table of the 5 top VPN for iPhone to draw an intuitive conclusion on which VPN for iPhone is best for you.

The top pick for VPN on iPhone after a comprehensive comparison, let's say, is iTop VPN. iTop VPN allows you to enjoy free access from over 100 regions and 1800 servers. It outperforms the others also by the 7-day free trial period, meaning you have an opportunity to take a direct shot at this software. After all, actions speak louder than words.

Each VPN for iPhone has pros and cons. ExpressVPN may be not the best VPN for your iPhone if the budget is your first consideration. NordVPN and IPVanish provide no free trial period though the price is relatively acceptable. Is CyberGhost the best option? Uh-uh. This VPN allows up to 7 simultaneous connections but only 1 day for free, so think about traffic delays.

In-depth Introduction to the 5 Top VPNs for iPhone

If the comparison table is not detailed enough for you to make a decision, this part will introduce the 5 top VPNs for iPhone one by one and analyze them from all aspects. Take your time and read the full and in-depth reviews. You'll know which is your best VPN for mac, iPhone 12, 11, SE, XS, XR, X, and so on.

iTop VPN is the best free VPN that provides a private network environment for your online experience. With an intuitive interface, iTop VPN does a great job especially in its first-in-class encryption, unlimited data transferring, and lightning speed. It protects your IP and encrypts your network data to make sure your location, identity, and activity are private. It is the best VPN to use for Netflix, PUBG, Telegram and a range of other streaming, gaming, social services with the support of over 1800 VPN servers and 100 countries across the globe.

Moreover, the features of VPN kill switch, browser privacy, and Ads blocking will automatically clean up your browser traces in Chrome, Firefox, Edge, whatever, meanwhile protect you from the disturbance of advertisements and malicious links in browsing.

How to Use iTop VPN on iPhone?

To use iTop VPN on your iPhone and protect your online privacy, follow this guide step by step.

Step 1. Download it for free on your iOS devices for installation.

Step 3. Go straight to the services you need with the virtual private network you connected.

ExpressVPN is another wonderful VPN for iPhone regardless of its price. Like all the VPN mentioned here, it is a secure VPN for PC, iOS and Android devices. This software allows you to hide your iPhone's IP address and safeguard your data on unsecured WiFi networks. It can easily unblock major streaming platforms like Netflix, Prime Video, and BBC iPlayer like other VPN does. But make sure to take the price of it into your consideration. 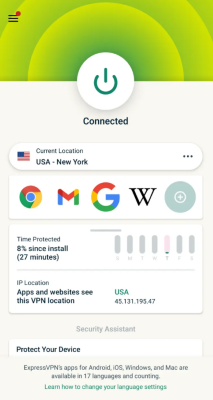 Though NordVPN, headquartered in the British Virgin Islands, is not the fastest VPN for iPhone, but it's definitely a VPN safe and secure. The team of NordVPN provides an option to add extra security tools and features like password management that allows you to store, generate, and sync your password under one account. NordVPN for iPhone protects your data from cyber criminals by the AES 256-bit encryption technology and from phishing websites by the CyberSec technology. 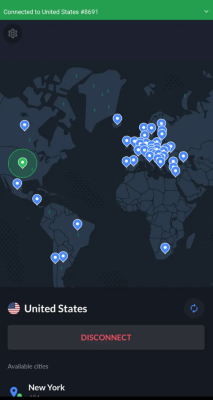 CyberGhost VPN based in Romania is the cheapest VPN for iPhone dedicated to keeping you untraceable and anonymous online. When your iPhone is connected to open but unsecured WiFi networks, this app protects your activities from hackers and snoopers with the best-in-class VPN protocols and encryption standards. 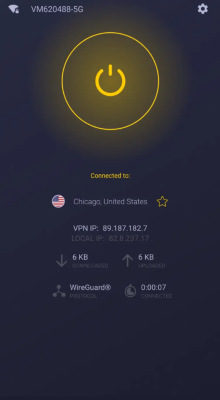 As you can tell from its name, the main task of IPVanish is a hide your IP VPN when you are surfing online. IPVanish VPN won't meter active connections and its SugarSync cloud backup technology allows you to sync files across unlimited devices. However, this feature sometimes could be a double-edged sword in terms of the speed. 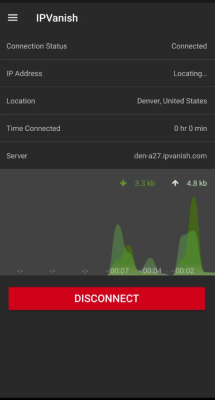 After a detailed comparison of the 5 top VPN services for iPhone, you'll find that iTop VPN is the best choice. ExpressVPN is the only competitive one with powerful and comprehensive features. However, it's quite pricey compared to iTop VPN. And CyberGhost VPN provides the most affordable price, but it's unremarkable in terms of speed, encryption, and other VPN services for iPhone and its free trial only lasts 24 hours, which is much less than the 168-hour free trial of iTop VPN.

Compared with those so-called 100% free VPN for iPhone, the top 5 VPN tools mentioned in this post are more trustworthy regarding privacy, reliability, and stability. However, all VPN for iPhone are with advantages and disadvantages. iTop VPN is the best free VPN for Windows, iOS, and Android devices as it is the only VPN for iPhone that costs you a minimum of $2.31 per month after a free use for 7 days and provides all brilliant VPN features, including smart connection, unlimited bandwidth, 100+ supported regions, no log policy, multiple connections, kill switch, state-of-the-art encryption, and lightning speed. Just download it and start your free trial now!