Good news! House of the Dragon, premiered on HBO on August 21 in the US, is the prequel to Games of Thrones and consists of 10 episodes . The epic drama is the next big thing from the Games of Thrones franchise. It focuses on the story of the House Targaryen civil war, about 200 years before the events of Game of Thrones. Relatively positive review (an average rating of 8/10) on Rotten Tomatoes arrives with the release of the first episode. Undoubtedly, fans are full of enthusiasm the new great Fantasy series. 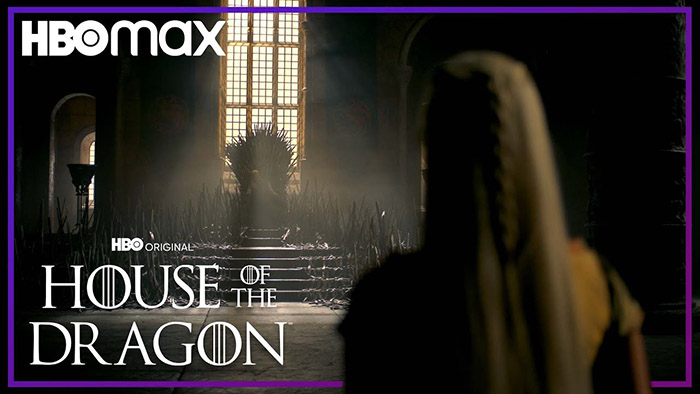 Where to Watch House of the Dragon

For Games of Thrones fans in the UK, House of the Dragon is available on Sky Atlantic. Alternatively, you can access HBO content with its companion streaming service – NOW. Viewers in Germany, Italy, and New Zealand can also watch the show with a valid subscription to Sky TV.

So what about the rest of the world? You can watch HBO Max outside the US with a streaming-friendly VPN. Just keep reading to learn more.

Where to Watch Breaking Bad All Seasons >>

Now you know where and how to watch House of the Dragon with cable service and streaming platforms. Just get the subscriptions and wait for the release date. For fans who are not located in the available countries, you might have to use a VPN to gain access to HBO Max.

Why do you need to watch House of the Dragon with a VPN? The primary reason is that HBO is restricted to the United States only due to content copyright and licensing issues. That is to say, House of the Dragon, as an HBO production, can not be distributed outside the US. Anyone who tries to access and watch HBO Max out of the US will be presented with a geo-restriction error.

But fear not, this can be easily fixed by a powerful VPN for Geo-blocking, which can effectively mask your IP address and replace it with a valid US IP. By doing so, you are tricking HBO Max that you are accessing the service from the US. Hence you can watch House of the Dragon from anywhere.

In addition, if you are currently working outside the US or on holiday in other countries, you can also keep up with the show using a VPN. With a streaming-friendly VPN, you can not only access HBO Max but also Sky TV and NOW to enjoy the House of the Dragon as well as other excellent TV shows.

That’s not just it. The best streaming VPN helps bypass ISP throttling that might slow down your internet speed, delivering a faster speed as a whole. So you can stream House of the Dragon in the best video quality possible without lagging.

How to Watch House of the Dragon Anywhere with VPN

Just have a look at the main features to learn more.

Lightning Speed to Watch House of the Dragon

Offering blazing fast speeds, iTop VPN is your No. 1 choice to stream House of the Dragon with the best video quality. Whether you want to stream SD, HD, or UltraHD quality, iTop VPN has got you covered. With its ultra-fast tunnel, your network speed will never be compromised but simply works even better.

While streaming friendly might be the priority, security is also paramount when choosing a VPN. iTop VPN uses best-in-class encryption that allows you to stay anonymous and access global content securely. Plus the advanced features like Kill Switch, Security Reinforce, and Browser Privacy, you can enjoy watertight security when streaming House of the Dragon. It is a totally safe VPN that promises keeping no logs. You don’t need to worry about data leakage at all.

Step 1. Free download and install iTop VPN on your device. It is the best VPN for Windows, macOS, iOS and Android.

Step 2. Click on the “For Streaming” on the left menu to see all streaming servers. Choose “Streaming US HBO Max” and click on the “Connect” button.

Step 3. Alternatively, you can search and choose a US server from All Servers list to stream House of the Dragon.

That's how to watch House of the Dragon from anywhere with the iTop VPN. With its ultra-fast and safe connection, you can enjoy the show with the best video quality possible regardless of your physical location.