How to Reduce Your VPN’s Latency, Buffering, Lag, or Ping Time?

Are you aware of VPN latency issues? Do you know that a high latency will lead to a less responsive experience? This article explains the tips to narrow your VPN latency.

Nowadays hundreds of VPN are available in the market claiming the best services. How to choose the right VPN is becoming more and more important. Different providers will have different speeds and there are three test measures of a VPN speed: download speed, upload speed, and VPN latency.

Download speed tests the rate of data transfer from the internet to your computer and upload speed measures the rate transferred from your device to the internet. VPN latency tests the amount of time between your device sending out a data packet (ping) and the device receiving a response.

Contents
What is VPN Latency?
How VPN Affects Your Latency?
Tips to Narrow Your VPN Latency

What is VPN Latency?

Latency is also called the ping time and the lower the latency, download speed, and upload speed, the better for your connection. Here we are going to focus on how to improve VPN latency.

As mentioned above, VPN latency is the measurement of time between when your computer sends a request and when it receives a response. For example, you would like to review a website using a VPN service and it takes one second before the webpage fully loads after you click the webpage link, then the one second will be the VPN latency for this time.

However, most users will not notice even there is a large increase in latency because latency is measured in milliseconds, one second equals one thousand milliseconds. Latency can help users to understand how fast a webpage or application will load but bear in mind, it can’t be eliminated completely due to the way networks communicate with each other, for example, delays of transmission mediums. However, it can be always minimized. Low latency will lead to a more responsive experience, so everyone will hope for latency to remain as close to zero as possible.

How VPN Affects Your Latency?

Generally, VPNs will slightly increase latency. This is because of the extra steps to the connections comparing to connect without using VPNs. VPNs encrypt your traffic and rout it through a secure server located in a different region, which caused extra travel time for the requests and responses especially if the server location is far.

For example, if a user is located in Canada but wants to connect to a server in Australia, then it’s long-distance and time-consuming for the data packet to travel to an Australian server.

What’s more, if too many users using the same VPN server at the same time, it will also slow the load times and introduce more latency. VPN’s encryption process can help users’ online traffic be inaccessible to hackers, letting users browse in privacy, but encryption also takes time, and normally the more secured encryption protocols will cause greater latency.

So it is a matter of preference, do you want to have a faster speed or better data protection? Users need to take note that VPN service is limited by the speed of the connection that you’re using to access the VPN server, although sometimes it can help users bypass the speed limitations imposed by the internet service providers. 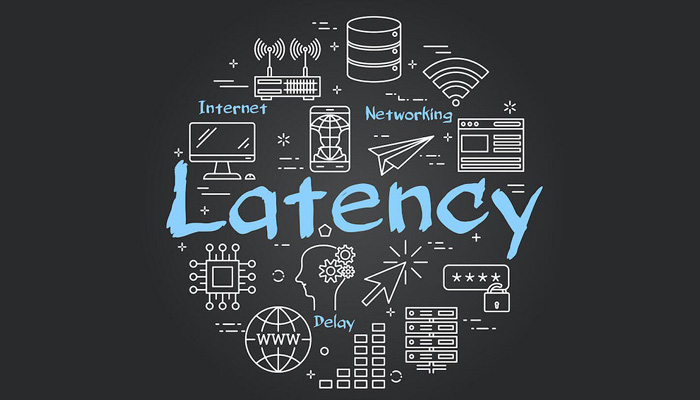 Tips to Narrow Your VPN Latency

Although a VPN normally slightly slows down your internet speed, premium VPNs are designed to mitigate the impact of latency until it becomes barely noticeable, like VPN low latency, iTop VPN. It is a high-speed VPN that offers 1800+ servers in over 100 locations.

Previously we said that long distances to the server will introduce more latency, iTop VPN can auto-select the most stable and closer server for you. However, you can also search for a specific country to connect to. Spare servers are also available.

Secondly, iTop VPN is free to download, it supports systems like Windows, iOS, and Android. Users can enjoy 100% free VPN service and it’s not like some other VPNs in the market, offering free trials but starting to charge you money after trials.

Here are detailed steps to use iTop VPN:

Visit the official website of iTop VPN, and download the different versions of setup files for Windows, Android, iOS or macOS systems as per your needs. To be noted is that iTop is the best free VPN for Windows currently. Install iTop VPN software on your device.

To optimize your browsing experience, iTop VPN could auto-select the most stable and fastest server for you based on your purposes. However, the "Home" tab allows you to select servers on your own as well. 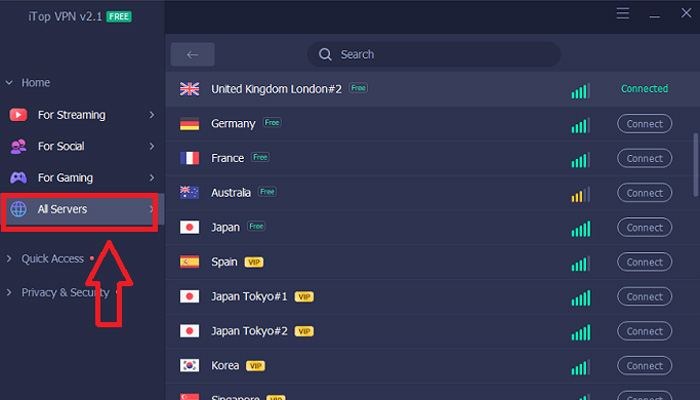 Click “connect” to enjoy a free and reliable VPN service. 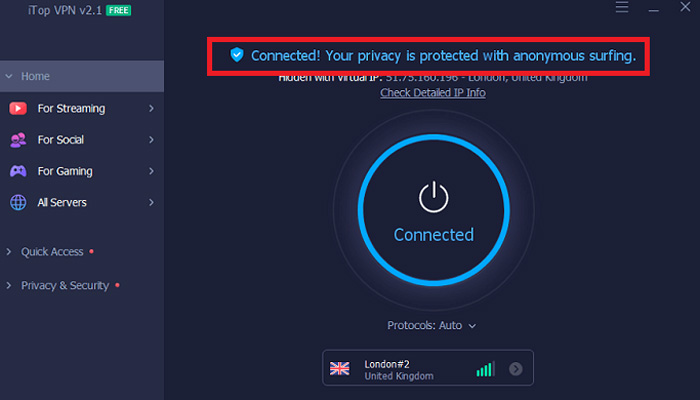 Check with your VPN provider’s online help center if the VPN won’t get connected. But before that, ensure that your internet connection is normal, VPN is updated and the firewall gets along with your VPN.

You should always choose a VPN server location that is physically close to you if required for a faster online experience. This can reduce the travel time of the data package between your device and the VPN server. It will help you to enjoy a smooth online experience when using a VPN service.

What is server load? It’s linked to how many users are connected to that server at a particular time. Each server will have the capacity to process a certain number of users and once the limit is reached, users will suffer a slow connection issue. We should always choose a server with the lowest server load for a better connection. In normal circumstances, a server load of 50% or below will support a fast connection.

VPN protocol with lower encryption strength will help to improve connection if you prefer speed more than security as encrypting and decrypting data takes time. There are many types of VPN protocols like PPTP, SSTP, OpenVPN, WireGuard, IKEv2/IPsec, etc. You can try to switch different protocol and find a one suit you the most.

Above are some tips to narrow your VPN latency. Try them out and see which one works the best for you. Basically, a VPN with low latency will help to improve your VPN latency issues. VPN services are getting more and more popular as people now care for online privacy and if you are still looking for a reliable VPN, go and download iTop VPN for Android, for iOS and for PC today and give it a try. You will definitely enjoy this user-friendly VPN.