Learn how to play with a Second Life server. Use Second Life VPN by iTop for the best gaming experience.

Second Life (SL) is an online game that started in 2003. It is a three-dimensional virtual world where the users (called residents) can be whomever they want to be and create a virtual property (called avatars) and interact with other avatars, objects, and events. 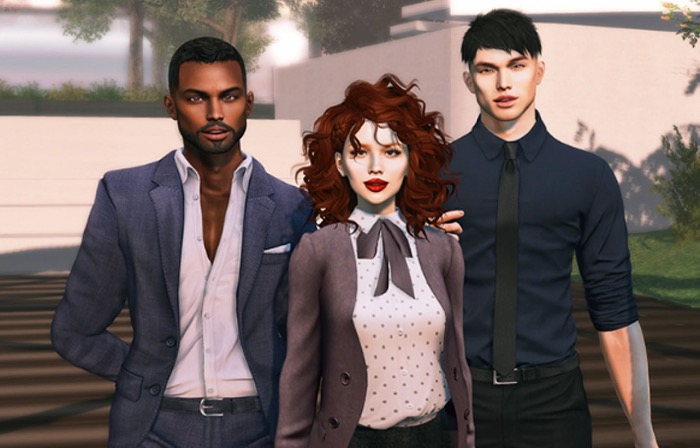 The game has gained popularity since it came out, but, at the same time, it suffers from a bad lag problem and IP bans. If you are looking for a Second Life VPN or Second Life Proxy to get a Second Life server that helps you with these problems, read this article to help you live your best Second Life.

How Does a Second Life Server Work?

Every Internet-enabled device such as a computer, a tablet, or a mobile phone has a unique number as a network address so that the Internet knows where to send or receive data. That unique number is called an IP address.

Your local Internet Service Provider (ISP) assigns IP addresses, so your location can be known or tracked by the ISP, websites, or other services on the Internet.

With your real IP address exposed, your online activity can be monitored and tracked so that some people will take advantage of the information. Online games and popular MMORPGs are huge targets for hackers. It is important for any Internet users and gameplayers to hide their real IP addresses to protect themselves online.

Also Read: Is VPN Safe? The Safest Free iTop VPN for You in 2022

Reasons to Use a Second Life Server

Beyond the online security, a Second Life server also gives you other benefits to help you have a smoother, faster, and more engaging experience with Second Life.

As an online game that involves a massive number of players and activities, high ping is always a big problem for many users. Second Life uses Amazon Web Services to host its game servers in the United States. Using a Second Life server that is located close to AWS or at least in the United States can cut down on the lag time, as it cuts down the great distance between the game server and a user's ISP server.

Second Life is banned in some countries for various reasons. To be able to log on to the game and start to live your best second life, a Second Life server can help you avoid the geographic restrictions by allowing you to connect to another IP location.

It is very convenient, especially for people who travel around the world a lot. Moreover, you can explore the game more by changing the servers to know the different experiences in different countries.

Getting banned doesn't always mean you did some shady behavior in the game. Sometimes the developers might have wronged you or the previous owner of the device got the IP address banned. A Second Life server provider can give you plenty of IP address alternatives to avoid bans and replace the banned ones.

You can get a Second Life server by using a Second Life VPN or Second Life Proxy. Both of them can give you all the benefits and help you enjoy a lag-free and ban-free gaming experience. However, proxies just route your data through proxy servers without masking your online activity. A Second Life VPN not only hides your real IP address but also encrypts all of your network data, which adds another layer of your digital security.

iTop VPN is one of the best VPNs for gaming. It helps to break the geographic barriers for online games and gives you secure and blazing-fast access to global games.

Why use iTop VPN for Second Life:

Step 1: Download iTop VPN on your PC or Mac. This VPN tool also has apps on iPhones and Android phones. It supports a simultaneous connection for 5 devices.

Step 2: Select a server for Second Life. Select the ones located in the United States as they are close to Second Life servers. It will help maximize the connection speed. 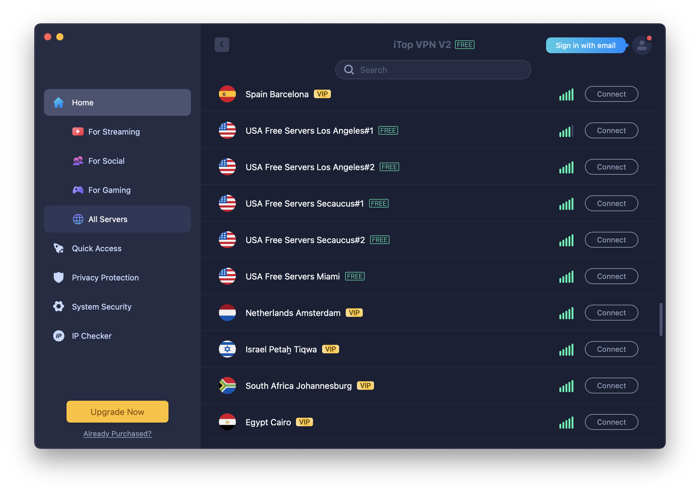 Step 3: Click Connect to use the selected server to route your data. Log into your Second Life account and start to enjoy a secure and fast experience. The app will protect VPN protection in the background.

In Second Life, residents can do everything they can do in real life. They can communicate with other residents, attend social gatherings, buy property, shop for groceries, go to live concerts, and even enter college classes. You want to live the best second life but lags won't let you.

Using a Second Life VPN server provided by iTop VPN can add extra security, maintain the network speed, and help you explore more of the game. VPN free download it today to live out the best of your second life.