Is VPN Illegal to Use or in Which Scenario Using VPN Can be Illegal?

Is VPN illegal? A complete guidance dispel your concern about the legitimacy issue when you use VPN. Inform the possible law problem when using VPN in other countries.

VPN, Virtual private networks, has become a must-have tool for internet users who want to keep their anonymity & safety within the increasing online privacy concerns. Users are enjoying the benefit of using VPN like geo-spoofing, access region-blocked contents, etc. Especially for many global visitors, a VPN is one of the most important tools for their daily communication. A VPN allows them to contact their boss, business partners, and families from thousands of miles away in a different country. 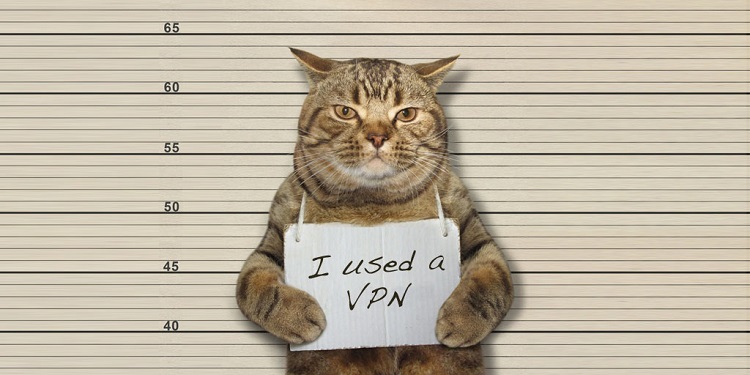 With an increasing number of people are looking into these types of services, a question has been frequently asked: Is VPN illegal? Or put it another way, Is VPN legal? These questions sound dumb but things could go different in various usage & different situations. Let's check the complexity of the legitimacy concern to use VPN in different regions.

Is VPN Legal or Illegal?

Conclusion first: Using a VPN service is legal in most countries. (with few exceptions, we will talk about it later in this post) In the majority part of the world, there will be no such restriction that prevents you use a VPN service. For instance, in the U.S., access to a VPN service & connect to a network with enhanced anonymity protection is completely legal and approved by the law and legislation. And it will be the same in most democratic countries like Germany, British, Canada & Japan, etc. 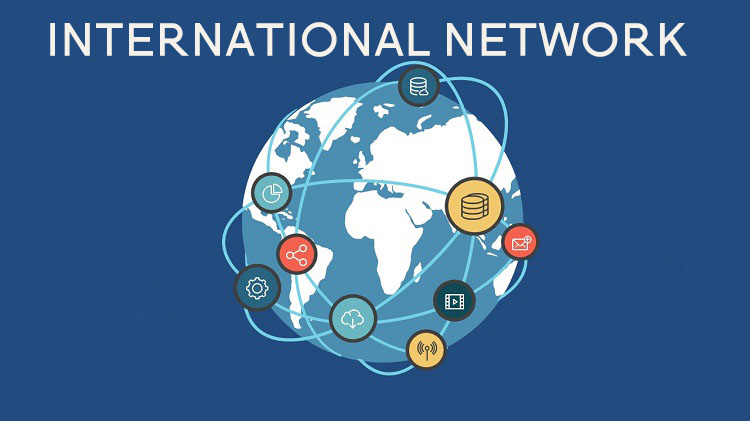 A point that needs to be mentioned: while the use of a VPN is perfectly legal, a VPN user will remain responsible for his or her illegal behavior/ cybercrime through the VPN connection. For example, through a VPN that may cover your activity track online from your local ISP (internet service provider), you will still be accountable for downloading/ torrenting copyrighted video. Another instance, if someone tries to access child pornography with a VPN connection, it is still intolerable in most countries, and his behavior will result in serious consequences.

Using VPNs is Legal in All Countries?

No. There are still countries that prohibit the use of VPN services if you are on their territory. They are mostly considered authoritarian countries like China, Russia, Iran, North Korea, Cuba. Using a VPN might be illegal or partly illegal in these countries. Some of them even try to block VPN services like China. 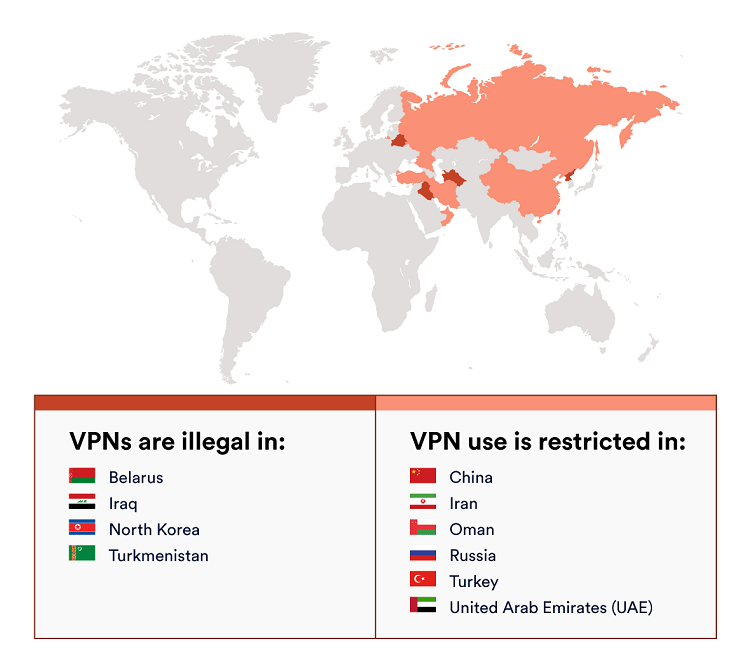 Some countries are not legally banned/ prohibited from the use of VPN but are still under the regulation of the authorities, which has certain limits to the usage of the VPN services. For example, using VPN is legal in India, but there are some cases where the government or local police have punished people for using the service. Also, you are free to use VPN in South Korea, but you will still be restricted if you infringe the law and watch sexual content online in South Korea.

Does It Mean We Can Not Use VPN in Banned Countries?

You can, but you must choose a premium & reliable VPN service to avoid authorities’ tracking & containing.

The nature of VPN is, to put it simply, is to encrypt your outward data make it unreadable to third parties like government agents. Also, your encrypted traffic would be rerouted to a protected tunnel instead of your local ISP then expose to the public. Your data will decrypt only on the VPN server end without being detected by any third parties. Returned traffic will be encrypted again and send back to your computer. 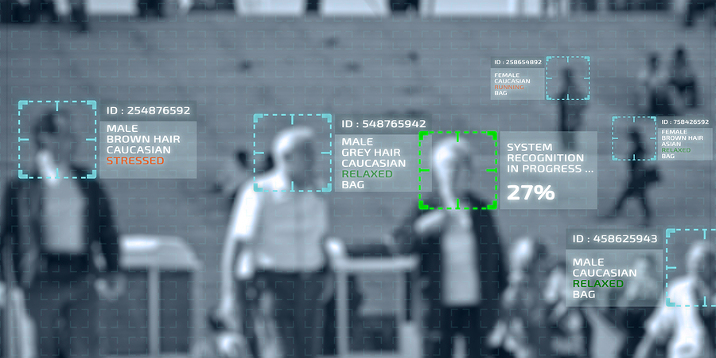 Also read: >>How to Watch Netflix in Banned Country<<

There is no shadow if you are using an iTop VPN premium service in a VPN illegal country. All requirements that a secured VPN’ capabilities to bypass the government monitor and control. It has both these features that prevent your internet privacies invaded by the government. And additional functions are offered as handy tools to resolve your internet problem when you are traveling to different countries where VPN could be illegal. 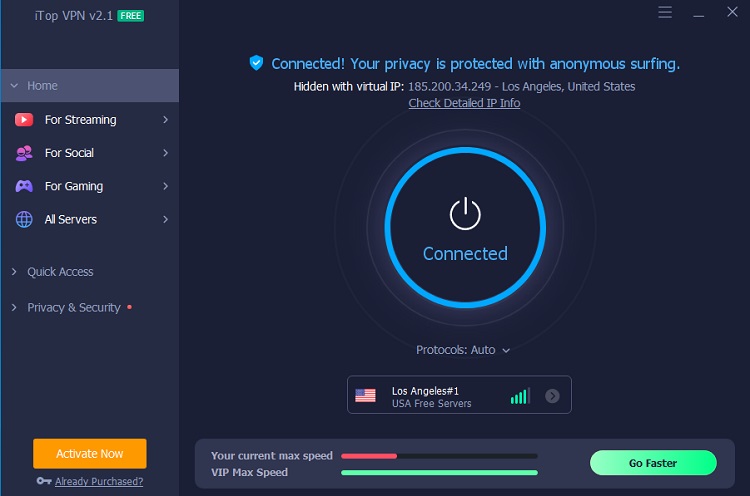 Regional restriction remover: imagine you visit China and you want to watch some newest Disney shows. That could be impossible if you want to do it in China since their entire internet connect to the outside world has been blocked. Run iTop VPN, click “For Streaming”, then you will see all streaming optimized proxies including Netflix, Disney+, Hulu, etc. You can bypass those censoring countries’ internet block quite easily. 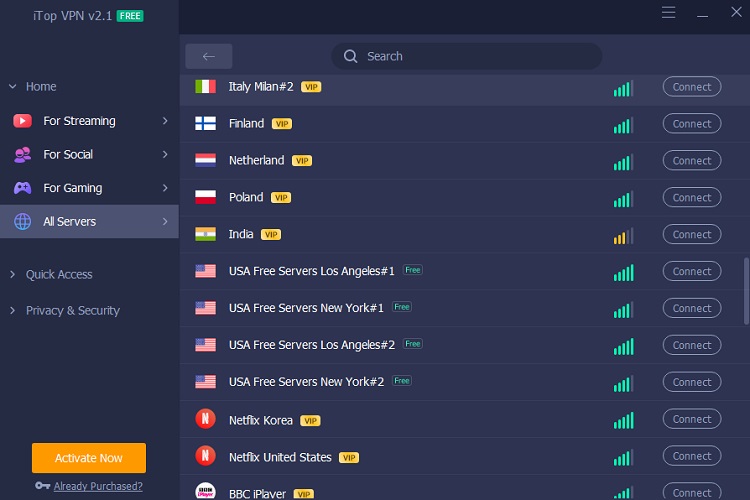 Want to communicate with families online when traveling to a country where Skype was banned? Live in Russia & can’t live without Twitter? iTop VPN has optimized social networking proxies for phubbers. 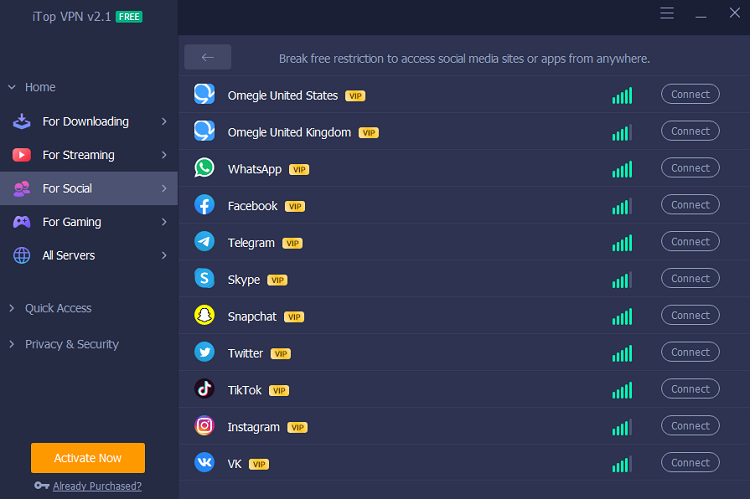 There are fantastic features that you can explore with iTop VPN, freely. As one of the best free VPN for Windows, iTop VPN will not cost you a penny for using it freely nor ask for any of your privacy information like registering or banking info. You can feel safe using iTop VPN anywhere.

Be confident because using VPN is legal in almost all countries.  Live in those totalitarian countries, where considers it is illegal to use a VPN, can still be well protected by the newest VPN technologies. The iTop VPN is one recommended for using VPN in VPN-banned countries.