Refresh your gaming experience using Genshin Impact VPN to play the game smoothly. Thousands of routes and servers that enable you always get the best!

There is a post on Reddit discussing if using a VPN can help with reducing lag or ping. Answers are various and some say VPN can change nothing but switch your location while some said VPN can help you choose different network routes and servers for better performance in latency. So, what the real answers are? Can a Genshin Impact VPN really help you? Check the content in the next part for more info. 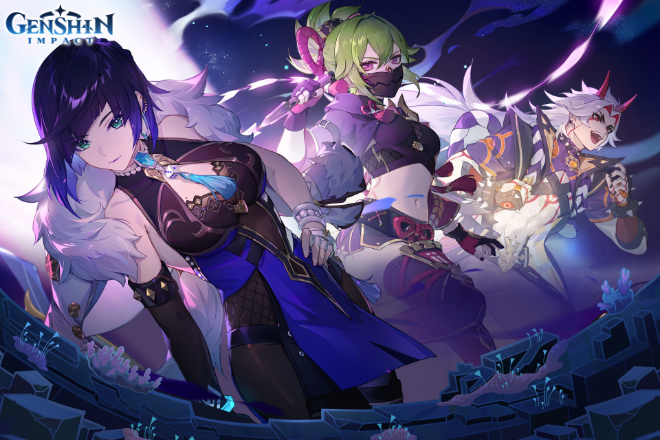 According to users’ tests and feedback, the results have shown that Genshin Impact VPN works! Especially when servers in your location are busy and slow, VPN can help you switch a location and connect to a less busy server. Gaming and connection experience can be much better than before. Therefore considering this phenomenon, several Genshin Impact VPNs will be introduced to you and you can choose the best one for yourself.

Since we need to switch server locations, the more locations a VPN has, the better. Let’s first see how many locations can the VPN we mentioned in this article offer. Check the chart below:

NordVPN has the most servers in 60 countries but didn’t show their locations publicly, ExpressVPN covers the most countries in 160 locations but didn’t disclose their servers’ numbers. Only iTop VPN released all the information about servers and locations with 100+ locations as well as 1800+ servers around the world. What’s more, you must have noticed that iTop VPN is the only one that offers a free trial! ExpressVPN and NordVPN do not offer a free trial to users but a 30-days money back guarantee, which means you still have to pay first for using these two products.

After a data review of these 3 products, let’s check their performance in real gameplay! Results can be quickly viewed from the chat below:

The overall ping of using ExpressVPN is about 28 ms which is the same as gaming without a VPN and not so ideal for the best gaming experience. And the VPN locations are based in Paris and Frankfurt where the European Genshin Impact servers are located in. The connection speed is the same as before and you cannot feel changes throughout the whole process. Therefore, the functionality of ExpressVPN leaves a question mark for us. But don’t worry, let’s check the next two VPNs and see how will they help with reducing ping and lag. 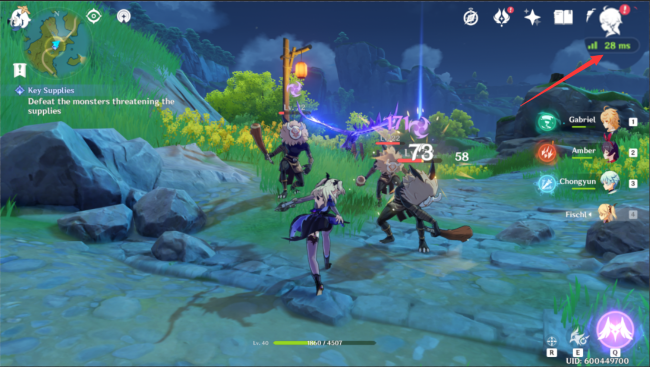 NordVPN has the most servers among these three products and the gaming performance while playing is also not bad as you can see in the picture below: ping is stable at about 15 ms; the connection is also faster than using ExpressVPN. While the connection is not so stable for NordVPN because crashing issues have occurred during the test. That’s the reason why the rating of NordVPN’s stability is about 3 stars. If you care about this part, then NordVPN is not the best choice despite its outstanding performance talking about ping and connection. 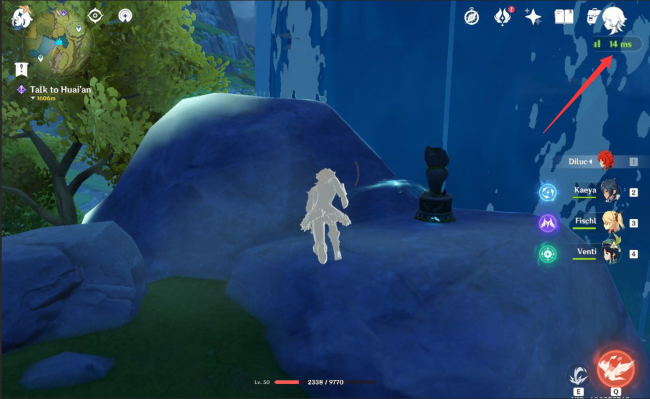 You must have seen that iTop VPN has the best performance and rating in the table above, ping has been reduced from 28 to 7 ms, which you can not even feel it. You are now can sit on the servers to play this game! The connection and stability of the game as well as the VPN are both excellent during the whole test. This free VPN for gaming is definitely worth choosing and it even has daily free data for you. Therefore, you can freely experience this best VPN for Genshin Impact and decide whether choose it or not. 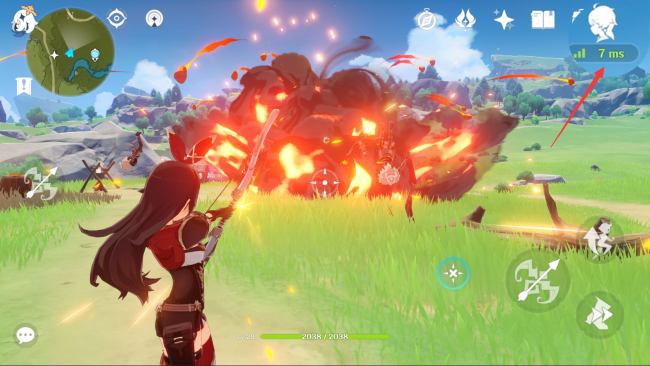 If you are not in Europe, VPN nodes in the United States are also available and the gaming experience is the same. Use iTop VPN to bring you closer to local Genshin Impact servers.

How to Use Genshin Impact VPN for Gaming?

After learning about the 3 VPNs above, the content below would show you how to use VPN to boost your gaming experience. Use iTop VPN as an example.

Step 2. Run the VPN and connect to nodes that are the closest to servers around you.

If you don’t know where the closest server is, check the table above and all the locations have corresponding servers in the iTop VPN.

You can enjoy a fast and smooth gaming experience for free now! Get the iTop VPN and launch the game instantly!

All the content about Genshin Impact VPN has been presented to you. Among the 3 VPNs mentioned above, iTop VPN stands out for its excellent performance in reducing ping and boost the gaming experience. More importantly, it is the best VPN for Genshin Impact which offers a free trial that the other two competitors don’t have. You can feel free to use this software and worry about nothing. Choose iTop VPN and start your adventure in the Genshin Impact’s world! 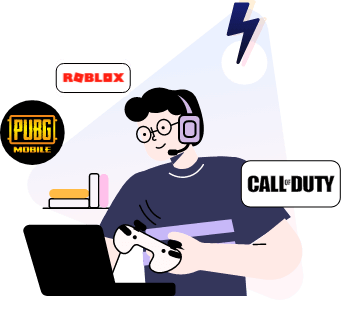