How to watch European Championships online for free anywhere? Use a VPN to enjoy Munich 2022 live outside Europe and any region hassle-free.

The European Championships Munich 2022 will be the greatest sports event in Germany since the 1972 Summer Olympics held in Munich which is exactly fifty years after putting up the Olympic Games. It is scheduled to be celebrated from 11-21 August 2022. European sport will be united with the competition soul that will be presented by European athletes competing for the biggest award of their sport on the continent to be a European Champion. 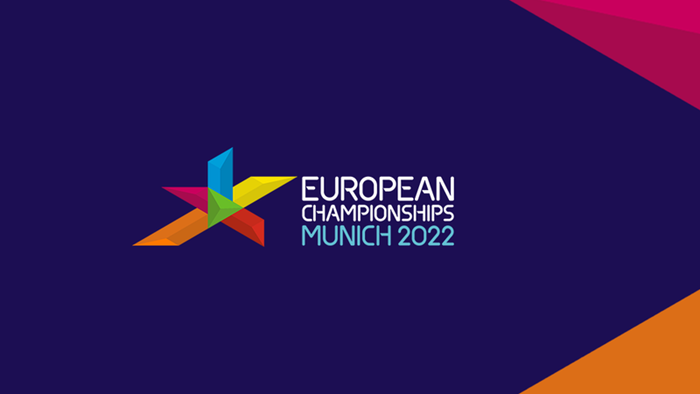 Munich, the Bavarian capital is the perfect host city that has many things on offer for everybody like culture, arts, and sports besides science and technology. When the architectural intelligence meets green nature, innovation mixes with tradition, and Bavarian relief mixes with the sound of a metropolis. Eventually, Munich is a great city to live in and enjoy watching such events.

There are over five hundred years of shared history and moments between the nine sports that will be shown in the European Championships Munich 2022 on its 50th anniversary.

How to Watch European Championships Outside Europe

If you are living in a non-European country, thinking about how you will find a way to watch European Championship 2022 can be a big challenge. Also, the same is true when you’re traveling outside Europe, during the European championship 2022. Your usual streams won’t be available outside Europe for geographical streaming restriction.

The same thing is happening if you are living in the United States and you have subscription for ESPN+ which won't be available for streaming any championship once you cross the border. Is itcomplicated or even impossible to watch European Championships 2022? No need to worry, you will not miss out on any of the best moments of the European Championship Munich 2022 no matter where you are simply using a free VPN.

A good VPN comes with the solution and its benefits to watch European Championships, such a great event. One of these important benefits is increased internet freedom. Generally, It offers various servers all around the world helping you pass all the internet restrictions and access to European live streams. Because, when you connect to a VPN server in a different country, you can get a local IP address. For example, your IP address will be changed to a deutch one through connecting to a Germany VPN server, no matter whether you’re in the United States, Asia or anywhere.

What Is the Best VPN for Streaming European Championships 2022

iTop VPN is a super free option for anyone who need a solution to bypass geo-blocking for online and live streaming. It is specially designed for beginners with a straightforward interface. Also, it is a versatile VPN for Windows, macOS, iOS and Android. With it, you can watch European Championships on computer and mobiles anywhere without trouble.

Which benefits can you get from iTop VPN? Check the following list.

VPN can mask your personal computer or mobile IP address and substitute it with another one in a different country. Consequently, it changes your location and finds a way around geo-blocking restrictions. It can be a VPN for UAE, Iran, USA and any region when you connect to a specific server.

A lot of bandwidth is being used when you are streaming video services or using any game in HD. Accordingly, to keep everything moving on, the ISP slows internet service to help users access the sites, even with a slower experience with this content-based internet throttling. iTop VPN can bypass ISP throttling allowing you to take full advantages of the bandwidth. Moreover, thanks to high-quality servers and UDP protocol, you can watch European Championship 2022 live streams with no buffering.

iTop VPN uses the world-class encryption on data traffic. All your data can be well protected from being tracked and hacked. And, you can surf online anonymously through it hide your ID, IP and other personal information. Kill Switch further improves the security. When your VPN connection stops or is interrupted, iTop VPN will immediately stop or kill your connection to the internet. This is how you will be protected, in time your network is at risk. As a safe VPN, it promptly stick to the policy of No-Logging, accordingly under no circumstances will this VPN track, nor record any data of your profile.

How to Stream European Championships 2022 Live with iTop VPN

In just 2 steps, you can watch European Championships from anywhere with no lagging with iTop VPN. 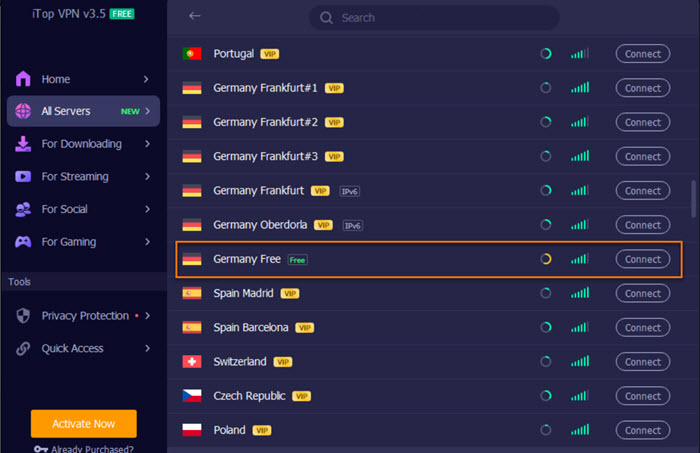 When it says Connected, you can stream the sport events without hassle. 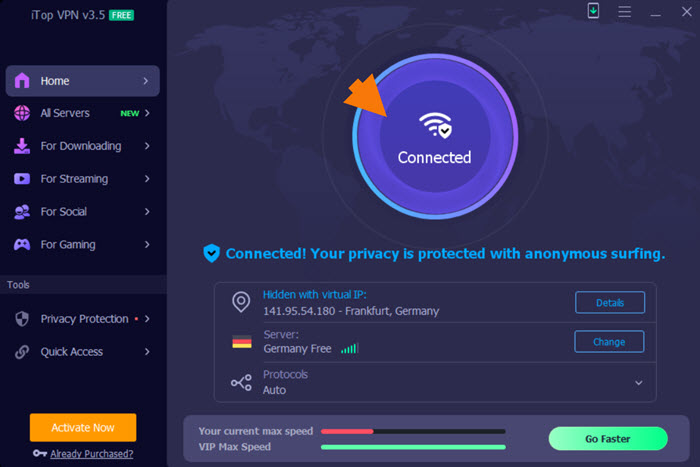 Not only for sports or video streaming sites, iTop VPN can unblock restricted apps and games. For example, it allows you to access to TikTok, Snapchat etc., at school, workplace or countries which ban the apps.

Where to Watch European Championships in Munich 2022

In 2018, the European championship in Berlin, Germany, and Glasgow, Scotland where this Europe’s ultimate multi-sport event was watched on U.K (GBR) servers for BBC One and BBC two, France (FRA) for France.TV, Italy (ITA) for RaiPlay, Germany (DEU) for ARD/ZDF, Switzerland (CHE) for SRG SSF, or on the iTop Asia Pacific and any other European servers for Eurosport.

This year, the European championship 2022 in Munich watching platforms is not announced until now, but it is expected to be the same as in 2018, whatever will be the platform that will host this great event you will get access by using iTop VPN.

To watch European Championship 2022 live outside Europe can be easily achieved with a VPN. iTop VPN is your best choice. It can not only break geo-restrictions empowering you to watch the sports event from anywhere but deliver the fastest streaming experience even though you try to watch 4K live streams. What’s more, it can strictly protect your security and privacy when surfing online. Download the best free VPN for PC, Mac or mobiles to watch European Championship on any device now.