Want to find the fastest VPN for Mac &Safari? Here is a free fast VPN for macOS that helps you to get access to any content. No logs, no limits.

VPN, short for virtual private network, has been widely used around the world for multiple purposes: bypassing geo-restrictions and getting access to some apps or sites, protecting online privacy and security... Many users with macOS operating system devices are seeking for fast VPN for Mac as some VPNs offer servers with low speed, especially for those who are fond of playing games and watching videos. Considering the demand, one fast VPN for Mac is recommended, which is free to use not only for Mac, but also for Windows,  and mobile. Security and privacy are also considered the top priority. 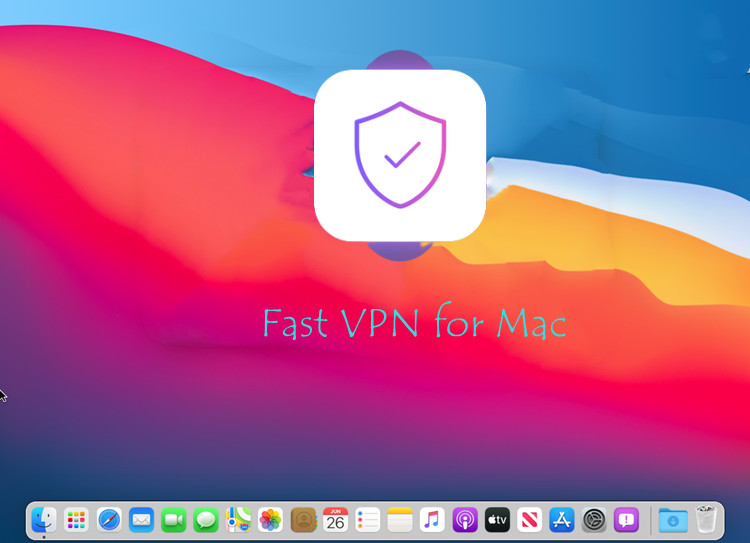 Fastest VPN for Mac in Speed

The free and fast VPN for Mac put forward is iTop VPN, compatible with Mac (Macbook and all Macs), Windows, and iOS. It offers 1800+ servers in over 100 locations distributed worldwide and supports up to 5 simultaneous connections with one account. As a fast VPN for Mac, it is “fast” in multiple aspects.

Fast connection. On the homepage of the free VPN, there is a connect button. One click the button and the connection will be done, whether you’re using a free VPN version or VIP version.

Fast upload speed. Upload speed determines how long it takes to upload or send data (like files, images, videos) from your device to the internet. Higher upload speed means data transfer is faster. Under video conference, VOIP calling, and other conditions, enough upload speed ensures smooth video playing and calls. Fast servers in the fast Mac VPN are marked to help you make a decision quickly, and dedicated servers are provided.

Fast download speed. Download speed, as it names, refers to how long it takes to download/receive data from the internet. Users who choose a fast VPN for Mac for streaming or P2P download pay attention to the download speed. The fast VPN offers dedicated servers for downloading and others as well to help you download and receive files/videos/images as fast as possible.

Low ping. Ping is a kind of internet program used to measure the minimum time taken to send the smallest possible amount of data and receive response. Simply speaking, low ping means less lag, which is a very important index for gamers to play games without buffering. The fast VPN for Mac offers high-quality servers as well as picks a proper network protocol to reduce the ping.

The fast Mac VPN not only improves your internet speed but also employs best-in-class encryption. Whether you are streaming or playing games, downloading/uploading files, it offers you a sole tunnel that cannot be tracked by anyone. Below are features to protect your device's privacy.

Hide IP address. Your real IP can be identified and recorded easily by the government, ISP, hackers without VPN. That’s why many people are seeking for good VPN for hiding IP address. With the feature, you can change your IP address to the country you want.

Kill Switch. It occurs that VPN is disconnected accidentally for some reason. Continuing to surf the internet with local internet has the risk of exposure to the web. In this condition, Kill Switch will automatically block all internet traffic.

Malware removal. Potential risks online exist at any time. iTop VPN for Mac has privacy protection and a system security tool. Malware, malicious cookies, viruses can be detected and removed to strengthen security.

Fast Free VPN for Mac: Advantages over Other Mac VPNs

Of course, except for the fast speed and utmost security and privacy, the fast free VPN for Mac has more advantages over other Mac VPNs in the industry.

Free VPN for a lifetime. Most VPNs in the industry claims they are free. But in reality, they are free for limited days, such as a 7-day free trial. iTop VPN, however, offers a free version to all users who download and install the product.

Having mentioned some important features of the free fast VPN for Mac such as fast speed, strong encryption, no-logs policy, we will give you detailed steps about how to use the free VPN.

1. First download the fast VPN for Mac, free to use. The VPN is compatible with macOS Big Sur, Monterey, and Catalina, etc.

2. Then choose a server to connect from All Servers list or other dedicated servers. At the top right of the server, there is a circle in different colors to show its current server load. 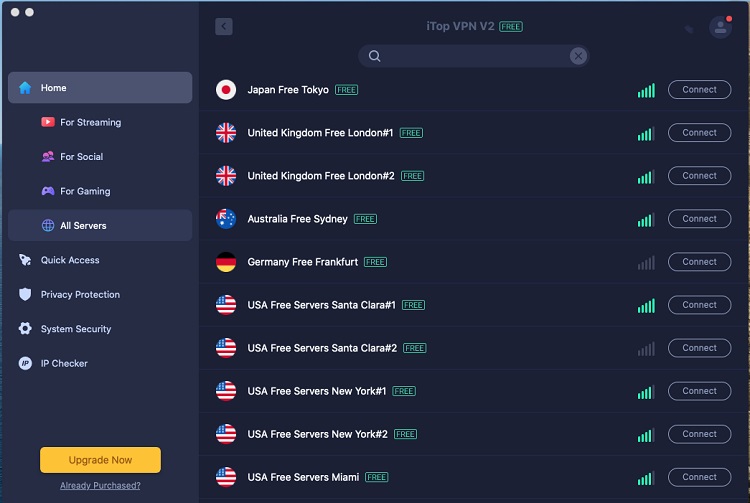 3. Then click the connect button. And you can enjoy fast internet speed with VPN. 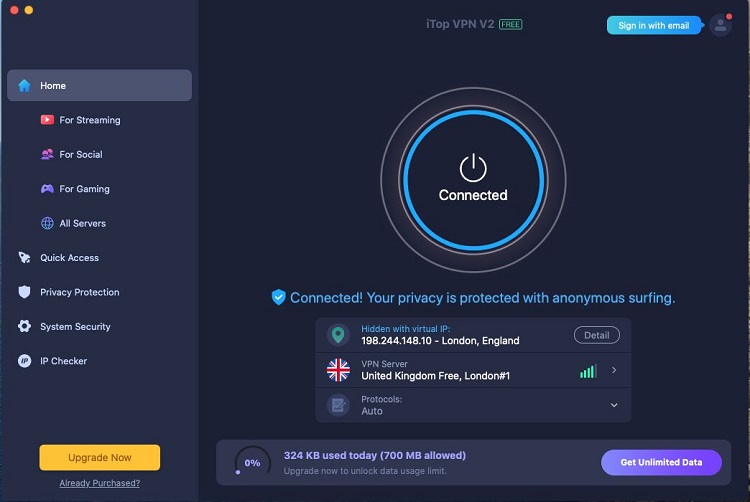 Speed, security, performance, and price are should taken into consideration when choosing a VPN to use at any place. iTop VPN in the article is a top choice for free and fast VPN for Mac and other operating systems. It has good performance even for free servers. Security and privacy is guaranteed. And the Fast VPN for Mac has the best VPN deal: $47.99 for a 12-month subscription and $55.44 for a 24-month plan. Get it now!