Windows 11, Another Round of Drastic Changes to Our Daily Lives

Take a glance at Windows 11’s big upgrades and grab all the information you need to know before installing the beta version of Windows 11 fast and easy.

It’s been 5 years since Microsoft released Windows 10, and the successor of this successful operating system is keeping on living up to expectations. The beta version of Windows 11 unveils features that surprise people. All the changes are basing on an utter overhaul of aesthetics, then it comes to a huge uplift of game condition, and one earth-shattering function to use Android Apps on PC. 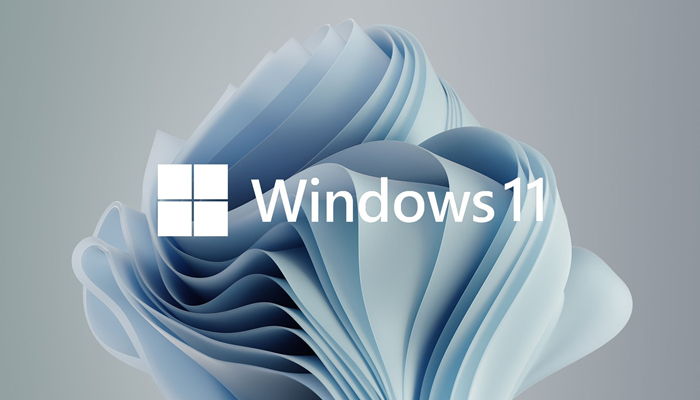 In a nutshell, Windows 11 seems to get out of the old rut and becomes the integrity of aesthetics and utility. Let’s get straight to the point and see why Windows 11 is bound to change our everyday lives.

Windows 11's all the Updates

So, the very first question you may be curious about is when on earth will Windows 11 be officially in public? Well, Microsoft hasn’t indicated the specific date of release yet. But rumor has it that -

Windows 11 will be available in the fall, no later than the end of this year.

Of course, you cannot bear to wait that long. And the good news is that the beta version is already available. Let’s read on.

Want to Take a Quick Glance at Windows 11? Try the Beta Version!

The thing you need: a Windows PC, a Microsoft account, membership of Windows Insider. But in the very first place, you need to check the compatibility between your PC and Windows 11.

If your PC is compatible with the system OS for Windows 11, then two more steps are ahead to get Windows 11’s beta version.

Without TPM 2.0, Windows 11 Beta is just a castle in the air. But no worries, literally every Windows PC that produced after 2015 is built with TPM 2.0. The question is how to activate it.

Step 1. Restart your PC and hang on when you are at the ‘boot up’ interface.

Step 3. Navigate to the Advanced tab. Find the TPM, IPTT, or AMD CPU fTPM, if they are disabled, please toggle them to ‘Enabled.’ 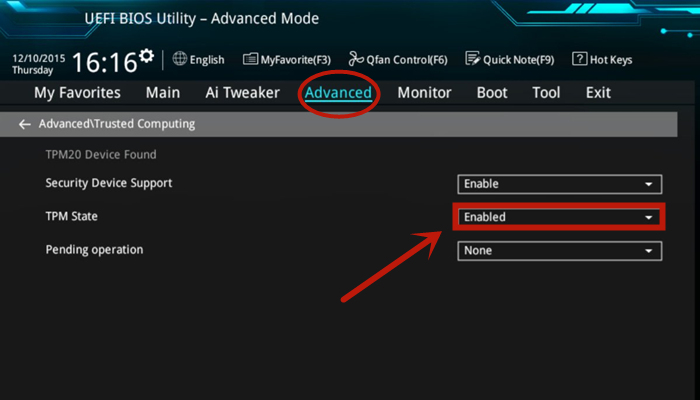 Now we finally reach the last step for installing Windows 11 beta. All you need to do is asking for Microsoft Insider’s permission.

Here is a short tutorial: Go to this site (https://insider.windows.com/en-us/about-windows-insider-program) > log in with your Microsoft account > install the Windows Insider Program > Start flighting and give feedback.

A Drastic Uplift of Aesthetics – New Designs, Animations, and Sounds

Being the first sight of any intruders of Windows 11 wonderland, the brand-new refreshment of interfaces is inevitably the first impression. Windows 11 is 360-degree smoother, glassy-like transparent, and optimized with new sounds and animations. Seems Microsoft is trying hard to get rid of the rigid stereotype. And this attempt is successful after all. Let’s see how’s the all-around refreshment of aesthetics happens to Windows 11.

One of the most noticeable changes is the upgrade of UI animations. Generally speaking, the movement effects across Apps and windows are much smoother and silkier.

A new startup tune is adopted in Windows 11! This very tune is believed to be separated from Minecraft. And the notification sound is replaced too, both joyful and pleasing to hear.

It is a rational guess that this change is inspired by Mac devices. But the lack of creativity doesn’t even dim this rearrangement a little bit since it turns out to be so convenient. One thing worth mentioning is that you can totally move the start menu to the old left side, but that will be too not ‘Windows 11’. 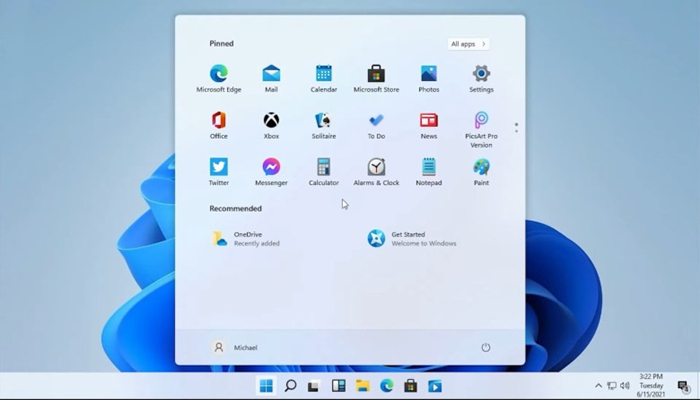 To easily understand this feature, you can take it for the alternative of ‘Interests Feature’ in Windows 10, which gives you tailored at-a-glance info. Windows 11 widgets refurbish this feature’s appearance and adding more information to it.

This feature is meant to be a catalyst for a multi-tasks working style. Whenever you zoom a window or an interface, that instant you are offered with 6 arrangement types to place your interfaces. The best part of this function is that Windows 11 will remember your operation and save the current arrangements as one group – you can call this group out at any time. 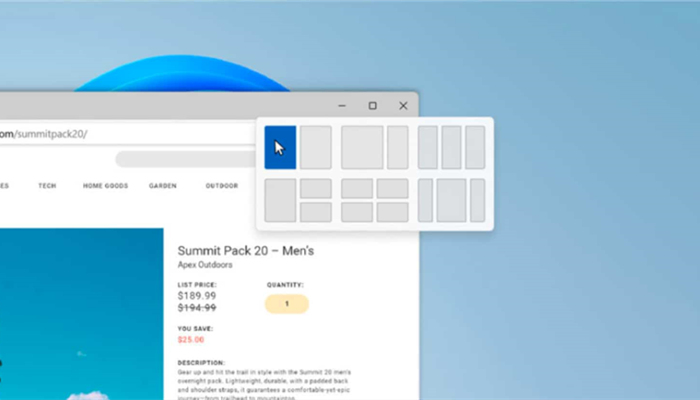 Android Apps’ involvement in Windows 11 is an unexpected move of Microsoft. This huge leap forward allows Android Apps to run natively on Windows 11, saving users from the complex Android emulators.

This epoch-making change, however, does have a puzzling deficiency that can cause inconvenience to users. The Android App store is powered by the Amazon App store, which means that anyone who wishes to download Apps on their Windows 11 desktop needs to register their Amazon Store account in the first place.

To me, this drawback is not really a big deal though, and I am sure a lot of you guys are looking forward to more chemical reactions between Android Apps and Windows 11, just like I do.

Windows 11 has successfully built up the best environment for gamers ever. It is no exaggeration to say that this OS could bring the best gameplay experience for avid game players. 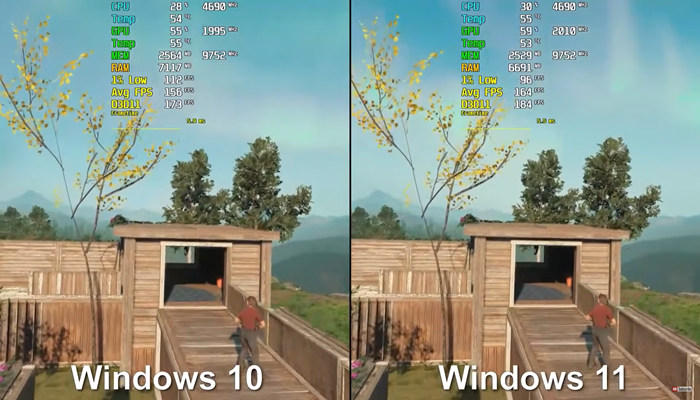 The technology inherits from Xbox Series, allowing users' games to load from graphics cards like AMD or Nvidia thus unburdening the processor and release more capacity for games.

Upgrading from SDR (standard dynamic range), HDR (high dynamic range) feature in Window 11 brings more colors and effects to game scenes. Every frame of the games will look more vivid and picturesque, rendered by not only your graphics cards but Windows 11.

Windows 11’s Xbox Game Pass collects up to over 100 quality games, covering a slew of notorious 3A works that must suffice you to the heart’s content.

Boost the Performance of Your PC – A Fast and Secure VPN 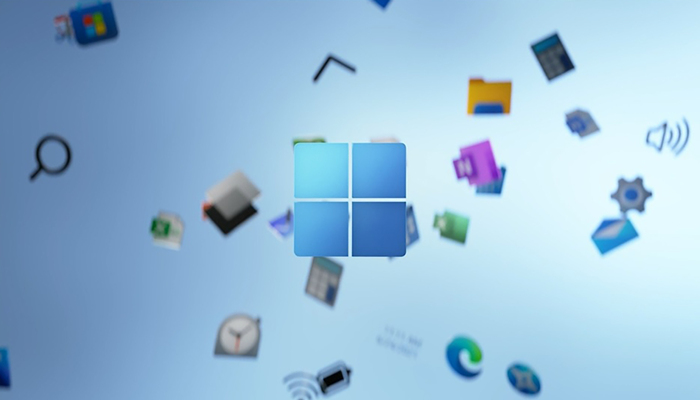 Major changes to Windows 11 have been introduced so far. And you must be more than eager to try this operating system. So, as a handy and practical tool to safeguard the data and traces online is essential.

iTop VPN is a versatile VPN on Windows to offset ISP throttling, encrypt data, and fix latent PC issues with a system reinforcement function. Choose this all-in-one tool as your Windows 11 guardian is never a bad choice.

This passage warps up all the important leaks of Windows 11. And with the revolutionary update of function and aesthetics, it is believed that another round of changes will be seen in our daily lives. To be well-prepared for the waves of upgrades, a versatile and free VPN will do your PC good help. Have it accompanied you and welcome the advent of Windows 11 at the best state ever!