How to Unblock Wikipedia with a VPN in 2022

Wikipedia is the biggest open-source online encyclopedia on the planet. Boasting the giant database and selfless contributors, it helps millions of people get various information from general topic to niche matters in 20 years. Available in 232 languages, Wikipedia holds the hope to serve more crowds from different countries. However, the censorship in some countries stops the step. 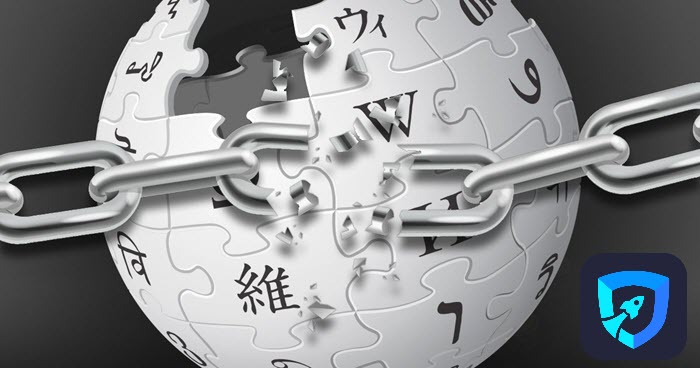 Is it possible for people who live in the country where the censorship is imposed to browse Wikipedia? How to unblock Wikipedia with ease? Well, Wikipedia VPN can eliminate all troubles. Follow us to discover the best free VPN for Wikipedia 2022 and get access to this awesome online library without any restriction.

The reason of inaccessibility to Wikipedia varies. Censorship can only prohibit people in specific countries from visiting, but in some cases, you may be blocked irrelevant to the region.

“Offensive” or “false” information on Wikipedia is the cause of censorship. Some countries don’t entirely block the website but just put it into the “blacklist” - such as Russia, Germany, France, Australia - driving citizens to be risky to access Wikipedia or unable to browse the site in native language, while some other countries – for example China, Turkey, Iran, Syria – blocks entire site.

Wikipedia launches blocking policy to protect the site from being damaged or disrupted. Once administrators technically detect your improper activities, your account and IP address is probably blocked. In most cases, you can browse the site but can’t edit, create or do any other contributions to pages.

Why Need a VPN to Unblock Wikipedia?

As a matter of fact, you’re denied browsing a site usually caused by the IP address, which indicates where you are and determines whether the restriction is applied or not. Therefore, to unblock Wikipedia or any other restricted websites, you’d better replace the original IP with a new free one.

VPN is the helpful Wikipedia unblocker because it enables you to connect ervers located in other countries and then assign you a new IP to bypass geo-blocking. In addition, it encrypts the traffic when the connection is built. With a free VPN, your online activities will not be monitored or tracked by government, ISP or hackers. Your security and privacy can be well protected.

What Is the Best Free Wikipedia VPN 2021?

Lots of free VPN clients and anonymous proxies give announcement that they can circumvent restrictions for browsing and editing Wikipedia hassle free. However, complaints on reddit show that some providers may be not working. What’s more, Wikipedia probably blocks one who habitually used a proxy. So, is there a reliable free VPN for Wikipedia? iTop VPN arrives.

iTop VPN concerns much on helping you enjoy global network. It employs thousands of high-quality VPN servers in over 100+ locations. Once you connect to a proper server, the restricted or blocked IP will be changed to a new available one for browsing or using Wikipedia without trouble. Besides, this Wikipedia VPN can supports unlocking more sites such as Netflix, Hulu, Disney+ as well as apps/games thanks the feature to bypass geo-blocking.

iTop VPN utilizes military-grade encryption on the traffic. All the data are transmitted in a strictly protected tunnel so that both your online activities and personal info will never be exposed to the public. It can not only help avoid censorship or surveillance, but also ensure security. Moreover, the risk of being blocked or banned on Wikipedia will be greatly decreased.

The best VPN for Wikipedia embeds 4 protocols – Auto, TCP, UDP, HTTPS – to deliver the best online experience, stable and fast VPN connection. You will not encounter a sudden connection lose when browsing Wikipedia or editing one page. And, it can drive you to quickly access the site or download videos/photos from Wikipedia within seconds.

More than the best free VPN for Windows, it is fully compatible with macOS, iOS and Android as well. No matter what device you use, it enables you to unblock Wikipedia with ease. Also, you are allowed to connect to up to 5 devices simultaneously, for example, getting access to Wikipedia on PC, Mac, iPhone, Android phone at the same time.

How to Unblock Wikipedia with iTop VPN?

Having a straightforward interface, iTop VPN is fairly easy to use. Only in a few of clicks, you browse and edit Wikipedia with VPN from anywhere.

Then, follow the guide to learn how to use the best free Wikipedia VPN.

Step 1. Download and install iTop VPN. At the beginning, download the correct version of VPN for Windows, macOS, iOS or Android depending on your device.

Step 2. Launch the software and click the big Connect button on the center of the interface. iTop VPN will automatically connect you to the fastest server thanks to smart location engine. When the word turns to be Connected, Wikipedia is unblocked. 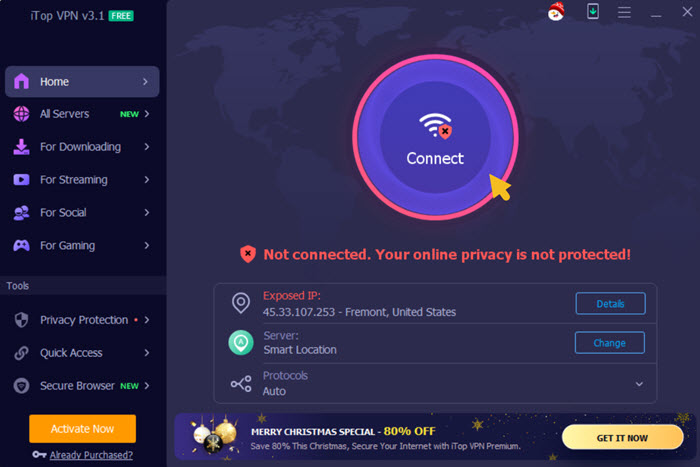 Optional. You are allowed to manually select a server. Click All Server and select one from the list. Then, click Connect to make it to be Connected. 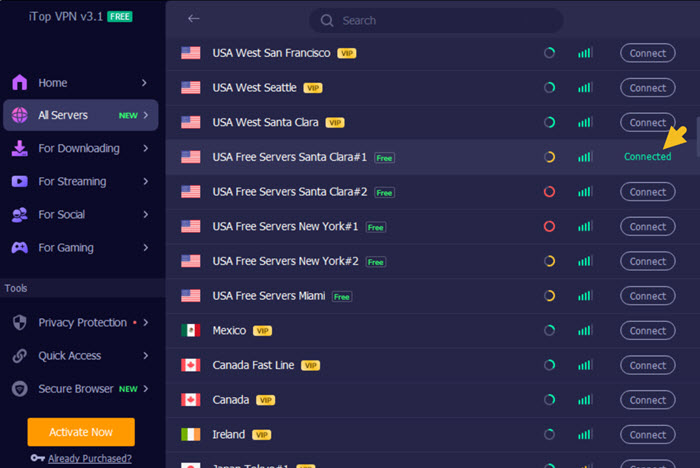 What’s more, iTop VPN classifies all servers into different categories, like for downloading, streaming, social and gaming, driving users to quickly get the best and most appropriate servers.

Wikipedia VPN is a necessity to get access to the online information database if you are restricted for government censorship or breaking the blocking policy. iTop VPN, the free unlimited VPN for Windows PC, Mac and mobiles, points out the easiest and safest way to unblock Wikipedia and other restricted online contents. It offers high-quality servers around the world to guarantee stable and fast connection to browse any site or even apply downloading, streaming without a hitch. Not working issue will rarely happen. It is ensured as the best free VPN for Wikipedia. DOWNLOAD & TRY!