The most asked question of 2022 is “Is iTop VPN safe?”. This guide will cover the same and also recommend the best secure and safe iTop VPN service.

“Is VPN safe?” is one of the most common questions that you might come across. Many people keep saying that they are not safe. However, what is the real answer? We will see the same thing here. Don’t worry, this article won’t simply answer but let you see the logical explanation for the same which will give you a clear idea about it.

Before you start questioning every single thing, there is nothing to worry about here. This article will give you an in-depth guide that will cover all the aspects that you might be wondering about. You will come to know whether VPN is safe or not. Certain factors will decide whether it’s safe to use a VPN or not. This article will dive into those factors to get the exact answer about it. So, without any further intro, let’s get into the topic and see the answer to your question. 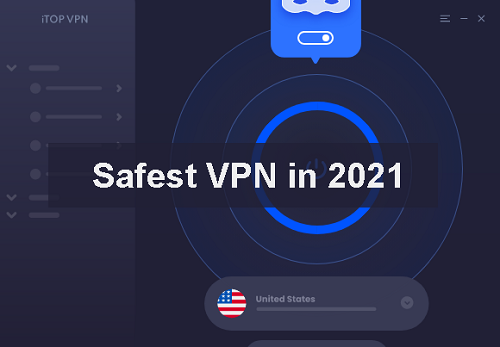 Contents
Is VPN Safe? Is There Any Safe VPN?
Is iTop VPN Safe? The Safest VPN to Access the Internet Fast Free
Other Safe VPNs that You Need to Pay For

Is VPN Safe? Is There Any Safe VPN?

Is using a VPN safe? This is one of the biggest questions you might have before using a VPN. So, let’s get started. Before coming to the point, let’s see how a VPN works.

When you connect the VPN, it will connect your Internet's IP to their private server. If the VPN has the server in the USA, your location will be changed to the USA. This means that your IP address will also be changed, no one can find your real IP.

Here comes the twist. If you visit websites, there are chances that your data will be accessible by others even the hackers, who aim at stealing private information and selling these for gaining profits. To solve this issue, An efficient way is using a VPN, which can hide your IP address and encrypt your data. If the data gets encrypted, your private information will be protected at the same time. Besides, the developing technology of VPN is more and more mature, the developers of VPN try their best to consider carefully to make VPN safe, actually, VPN is safe to use nowadays. There is one VPN named iTop VPN, which is one of the safest VPN with high-level privacy protection. Also, iTop VPN is a free VPN, you don’t need to pay money, and then you can use it to access the Internet, stable, fast, and safe. If the question '' Is iTop VPN safe'' is still in your mind, you can read the following to get more information.

Does iTop VPN Need to Pay?

Free to Access the Internet. iTop VPN is totally free. You can start using iTop VPN right now without paying a single penny. With iTop VPN, you can freely access the Internet without payment. For advanced users,  iTop VPN prepares high-end servers and more powerful features. Claim the extra useful features now and upgrade to a VIP iTop VPN license with cheap coupons.

Can iTop VPN Be Available on Other Devices?

Multiple Devices Available. iTop VPN also supports multiple devices, such as Android, iOS, PC devices. You can use it on 5 devices you want without any issue. Therefore, you can surely go with this one. 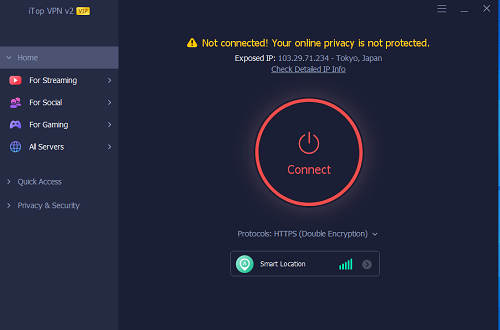 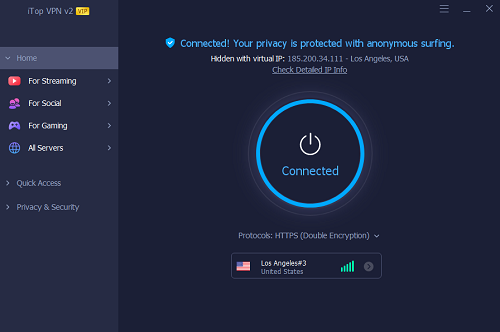 Express VPN is a paid VPN you can go with. It costs you $9.99 per month if you go with 6 months plan. Here, you will get locations to select from. Unlike other paid VPNs, here you won’t have multiple plans. You only have a single plan to choose from. This is a disadvantage you will face here.

The second VPN that you can go with is Nord VPN. Nord VPN is a paid VPN where you won’t get any free version to try. If you want to use it, you will have to pay for it. However, if you have got the budget and you want to try this out, you can surely do it. Here, you will have to pay a decent price and choose the subscription. It will cost you $11.95 for a month. Talking about safety, you might have the question “Is this VPN safe?”. The answer is yes. It’s a safe VPN and that’s why it appears on the list. One problem here is that you will have to pay for it. It’s even more expensive than the above-mentioned one.

Is VPN safe? Maybe you have got the answer after reading this article. Using VPN is a safe activity for everyone.If you want to use VPN to access the Internet without payment,  you can choose iTop VPN, which costs you nothing and it will work perfectly fine for all the people. If you want, you can surely upgrade it later.