The Best VPN Russia That Can Work On All Devices

Are you experiencing heavy geo-blocking outside of Russia? Today we'll talk about the best VPN Russia for you to use.

Recently, the Russian government passed some strict restrictions regarding VPN usage. This has affected several people, especially the ones who live outside of Russia. They face quite a lot of geo-blocking issues because when Russian sites detect any foreign VPN, they instantly block its access. 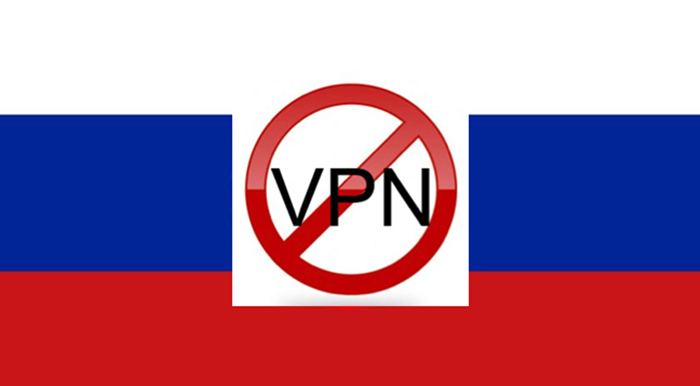 The tighter the restrictions, the more demand for VPN Russia. It's all justified because people want to access different Russian sites, especially for entertainment purposes. There are some great online Russian movie websites, music, games (Steam especially), and even gambling sites that you'd want to access. To make that possible, today we are here to talk about some of the best VPNs that can work on all devices without any hassle.

Contents
Best VPN Russia You Must Not Miss

When it comes to the best and the most talked-about VPN Russia, iTop VPN should be on the top of this list. It could be the fastest VPN you have ever seen. You may also find this VPN handy in that it will instantly connect you to the Russian server without any delays.

No log of your data, complete encryption of your network, and the protect of your IP from ISP, evident boost of speed, etc., iTop VPN proves itself a competitive VPN in every respect.

Some of the main features this VPN Russia offers are;

In a nutshell, if you want the best and the most efficient VPN Russia then you need to try the iTop VPN right away. It’s fast, it’s safe and most importantly, it can help you access all the blocked sites and connect you to the Russian server immediately.

How to Connect to VPN Russia Server and Play Steam Games? E.g., Skyrim

Another usage of a VPN is that you can navigate to different countries, enjoying the cheaper price of games. Russia is such kind of amazing land where most of steam games are tagged with lower prices. With the best VPN Russia - iTop VPN, you can easily shift your IP to Russia, obtaining the discount and play the games like the Elder Scroll V – Skyrim, both cheaper and faster.

If you want to play Skyrim in Russia (not in the language level), all you have to do is to download and then install iTop VPN on your system or phone. You can head to the Google Play Store or App Store to find this VPN Russia right away.

When you install iTop VPN Russia, you’ll be directed to a page with all the names of the servers. There you have to click or tap on the “Russia” option and you’ll instantly connect to the Russian servers to proceed. 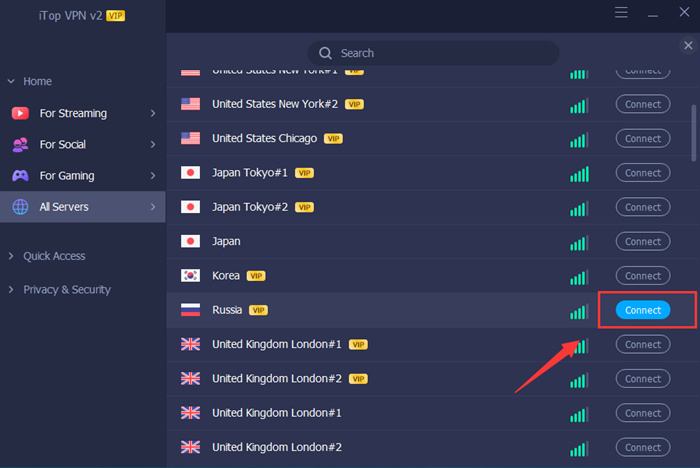 Step 3. Connect to the Server.

When you click on your desired server, you’ll be connected right away and then you can use it to access any steam games including Skyrim. 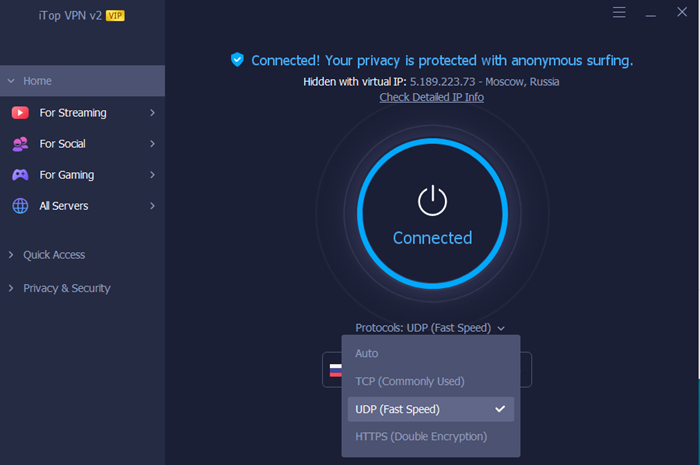 One of the best things about iTop VPN is that it's available for everyone whether you are an iPhone user, an Android user, or even a Windows or Mac user. This VPN Russia supports even the upcoming versions of Mac so there’s nothing to worry about.

No Download VPN Russia Chrome/Online – Use TunnelBear on All Webpages

Another great VPN Russia that can work wonders for you is TunnelBear. If you want the best VPN to Russia then we'd recommend you to use this VPN as it's not only fast and efficient it comes with some great features too. You can use this VPN on all web pages and just like iTop VPN, even this one will protect and secure your web page data including your IP address. (Click to see the best free VPN for Windows)

Moreover, it's a very easy-to-use VPN that takes a few seconds to connect you with the Russian server. Some of the features this VPN offers are;

If you are someone who wants to access the Russian server through your phone then this is the right place for you to be. There are some great VPN Russia apps that can help you connect to the server of Russia within seconds.

SurfShark is the best and the most affordable VPN Russia you can use to access different Russian websites and apps. It has servers in St Petersburg and Moscow which means that it can unblock some great websites for you. One of the main reasons why you should use SurfShark is that it comes with some strong encryption to protect you and your data. If you want to access sites other than Russia then again, this is the right VPN Russia for you as it comes with servers in a total of 63 countries. Moreover, you can take a test run with this VPN with a 30-day money-back guarantee which is why you should try it right away.

If you are an Android user and want an app with the best VPN Russian server then we'd recommend you to try CyberGhost. Its servers are connected in more than 60 countries around the globe. Furthermore, it comes with quite strong encryption protocols and it comes fully packed with DNS leak protection along with a kill switch.

These are some great VPN Russia that you should try right away. However, iTop VPN is still on the top of the list and it's the best as it's available for all users. Whether you are an Android user, an iOS user, or someone who uses Windows or Mac, you can easily install iTop VPN and get the best use out of it. Download from https://www.itopvpn.com/ on your system right away!

Now that you know about using VPNs and which ones are the best for you to connect with the Russian server, things will be easier for you. iTop VPN is one of the best VPN for pc for some of its really great features that you'd definitely like to use. On the other hand, there’s TunnelBear that helps you access multiple servers all around the globe. Then there are two best VPNs for mobile users-SurfShark and CyberGhost. Both provide excellent speed and have a very strong encryption policy. If you want to connect to the Russian server without any hassle then try iTop VPN right away. We assure you that you won’t be disappointed with the results!