What Is A Geo-blocking? How to Bypass the Geo-Blocking With iTop VPN?

If you are a global traveler who travels around the world with the internet. Or you are an internet hardcore, who dabbles in many different domains & especially interested in subcultures & memes. Then you should be familiar with the geo blocking of the internet.

There are some good examples of how does a geo blocking works. For instance, when you watching online streamings like Netflix, Hulu, you will always have different categories in different countries. For example, you are not able to watch Star Trek: Discovery anywhere outside the United States. Nor to watch Pokémon Journeys in the U.S. since it is only available on Netflix in Japan. And there are over 5000 titles in the Netflix American shop, but there are only 2000+ movies & shows on Italy Netflix catalogs. 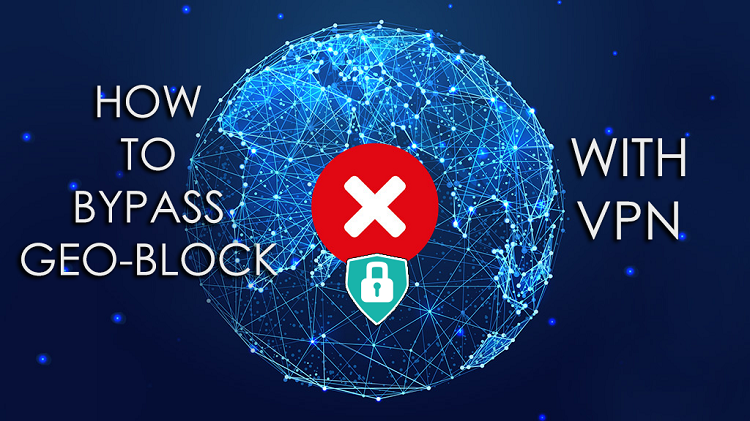 Not only online streaming contents, but computer video games are also geo-blocked in many cases. On the world's biggest digital game distribution service platform, Steam, a digital copy of the Red Dead Redemption 2 is $40.19 in the U.S. but it sells only $30.86 in Brazil. And this game is not even available in Vietnam at all.

If you live in countries like China, Russia, Ukraine, or Saudi Arabia and you are using social networking software, you might be facing a problem that the majority of the social networking software is not available in these regions. None of the SNS services like Facebook, Twitter, even Google is accessible in China due to the geo blocking led by the government. It is not hard to explain why free VPN is popular in those countries.

The reasons why internet content gets blocked & isn’t available regionally is very complex. In general, it could conclude as follows: 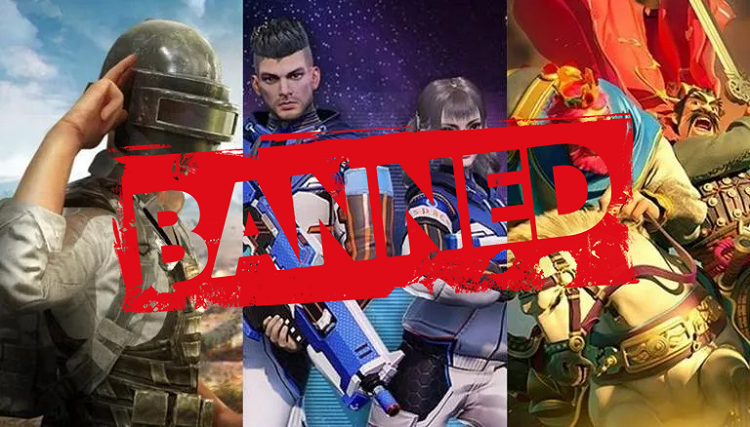 Generally speaking, geo-blocking is a technology that restricts access to Internet content based upon the user's geographical location. It happens both in-ward and out-ward. Government & companies check your geographical location by detecting your IP address or sniffing your geo-location through your data routed to a DNS server. Thus if you want to access geo-blocking contents in a restricted area, like watch Netflix abroad in blocked countries, you will need a special tool like the VPN to do the assistance, like a geo-blocking VPN which unblock the regional block. Since the VPN could be useful to cover your IP & offer a reroute to your data provide a private tunnel to hide where you at instead of a public DNS server and expose your geographical location.

Talk about how to bypass geo-blocking, the easiest & economical way is to use the iTop VPN. And your purpose of bypassing geo-blocking should be taken into concern. The iTop VPN has considered one of the most economical choices among all its Windows VPN competitors because it is completely free-to-use & offers 700 megabytes every day as free traffic. And, the iTop VPN asks no user credit card information. Comparatively, other VPN services, like ExpressVPN, Nord VPN, will ask you to subscribe to their monthly service and promise only a 30-days money-back guarantee. After 30 days and they can automatically bill your credit card for the service fee. 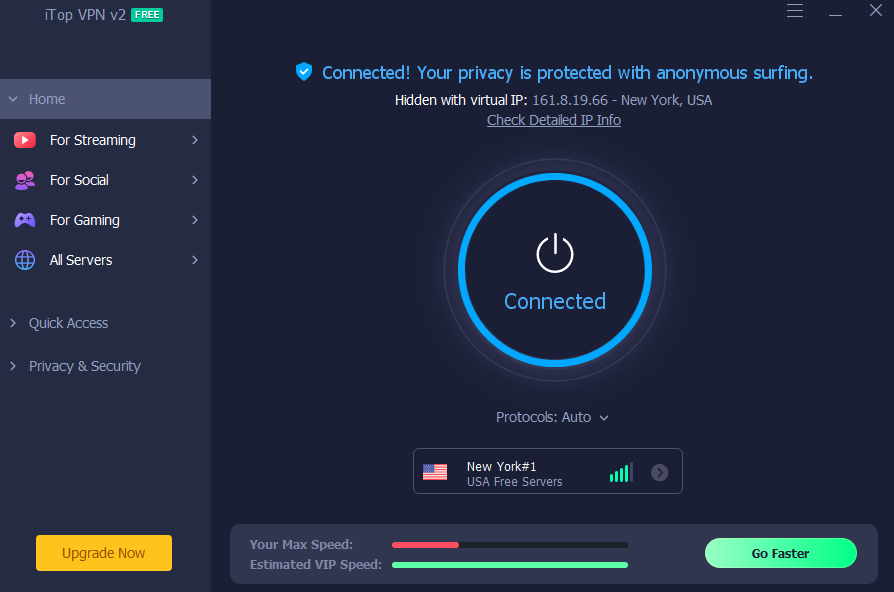 From the cost-efficiency perspective, the iTop VPN has enhanced geo-blocking penetrate features. For instance, the iTop VPN supported both social network, online streaming, and online gaming anti geo-blocking service. Not like other VPNs offer only geo-location selection, the iTop VPN is a geo-blocking optimized VPN and their proxies & servers are specialized to face the chanllenge of geo-blocking technics. 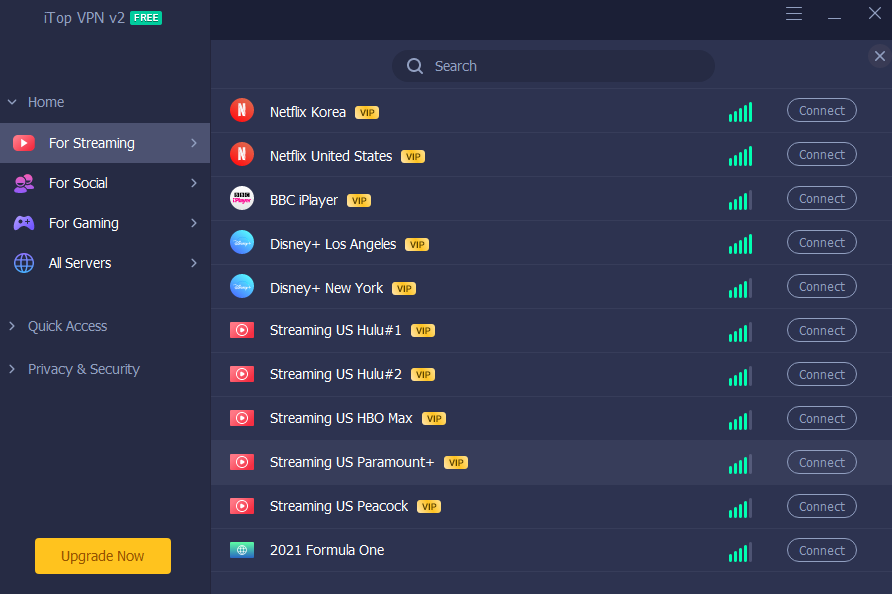 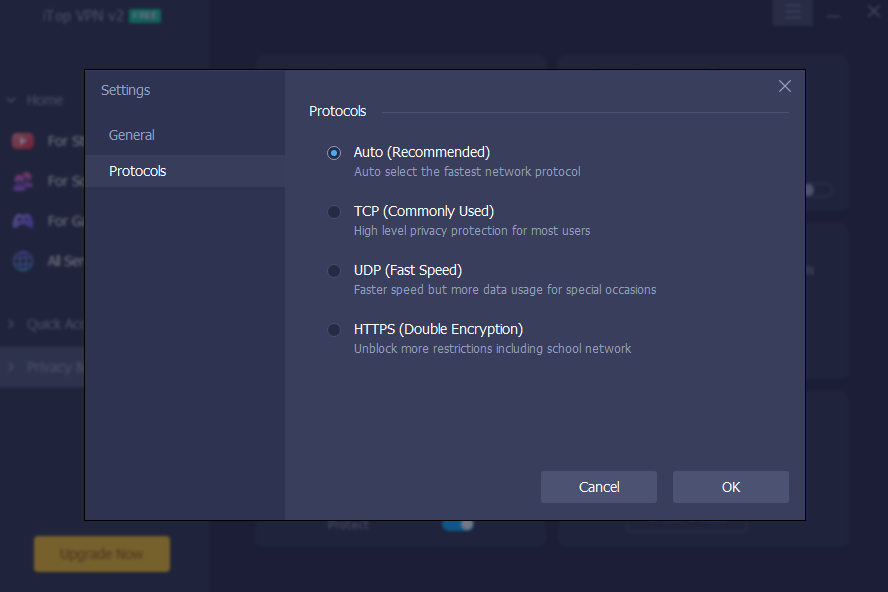 The security toolbox the iTop VPN offers can be helpful when you are troubled with privacy issues and phishing advertisements, or even DNS hijack. Need to mention that some of the advanced features will need users to upgrade to a premium account.

The geo-blocking is real and it is just everywhere. Not only because the authority wants to limit you to reach the information then you want you to. But more likely the businessmen & capitals use geo-blocking to protect their interests. If you need a tool to break the geo-blocking or need good geo blocking VPN to bypass restriction, then the iTop VPN will be the most radical option for you.