iTop VPN is a good VPN for Google, a free VPN Chrome. iTop VPN Extension also allows you to use it for extreme privacy and unblock feature, no login.

VPN, short as a virtual private network, is a widely used tool that allows users to change an IP address, unblock apps and websites, and surf the internet securely and privately further. A free VPN is very few in the industry, but there is one free VPN that has made it. It allows users to connect to the United States, United Kingdom, Australia, and other counties without a subscription, though daily traffic is limited. Whether you want a VPN for Google to change IP address and unblock Google Chrome to surf the internet or want to find a free VPN Chrome extension, the VPN can meet your demand and protect your web surfing with privacy protection features. 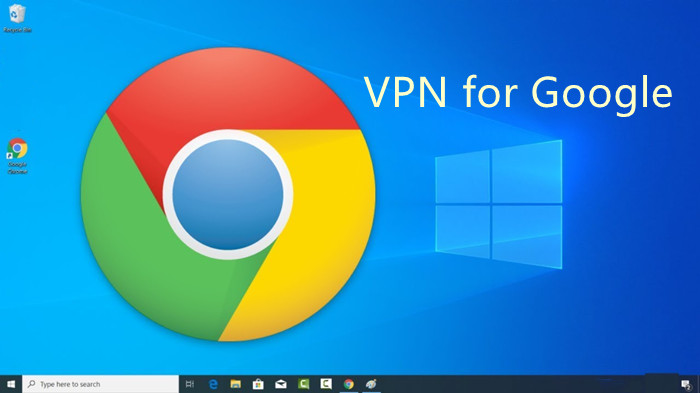 Google Chrome is one of the most popular browsers worldwide. According to the statistics published on the Feb 21, 2022 on the site statista.com, Chrome accounts for 65.21% worldwide and 50.46% in the US in 2021. At present, there is no other browser that can replace Chrome. But the truth can not be ignored that Chrome is not available at any place, such as China, Iran, Syria. To unblock Google Chrome and use Chrome browser wherever you are, iTop VPN is the best solution.

Firstly, it’s a good Google VPN for Windows, Mac, iOS, and Android. And one account allows you to connect with 5 devices simultaneously. In other words, all your devices can use Google as well as get an all-around protection with one account.

Secondly, it’s a totally free VPN for Google without registration and login. It means that you can use the free VPN on your devices to connect to different IP address easily. No hidden charge. No time limit.  Unlimited bandwidth.

In addition, no-log policy is obeyed strictly. VPN is used to protect your privacy in most circumstances. So iTop VPN, VPN for Google, sticks to no-log policy, and your online activities and info will not be recorded or stored.

Split tunneling is a practical feature for most users. It allows some of your app traffic through an encrypted VPN connection and other choosing apps through local internet services. In this way, you can stream and download securely with fast speed.

Nowadays, many people have realized that surfing the internet is not private as your online activities would be monitored by ISP or the government. Much worse, you are tracked by hackers or advisers when using a browser, which leads to info leakage. That’s one of the most important reasons why most of you attempt to use a VPN to hide online activities and escape from spying eyes. And a VPN for Google also helps you bypass geo-restriction and unblock your favorite websites and content. As we said before, Chrome has been one of the most frequently used browsers all over the world and can be added with many extensions for various needs. So for users who want to keep Chrome browser privacy and security and don’t want to download a VPN app, the iTop VPN extension is what you need.

How to add iTop VPN extension to Google Chrome browser? 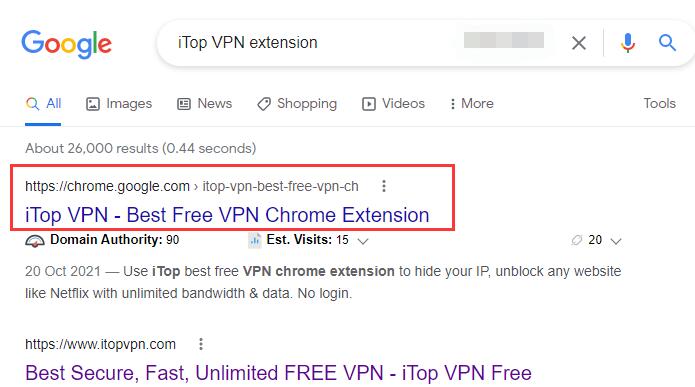 Then click the button "Add to Chrome", and choose “Add Extension” in the popup. Then the free VPN Chrome extension is in the extension list and you can enjoy several free servers. For more servers and locations, upgrade to the VIP. 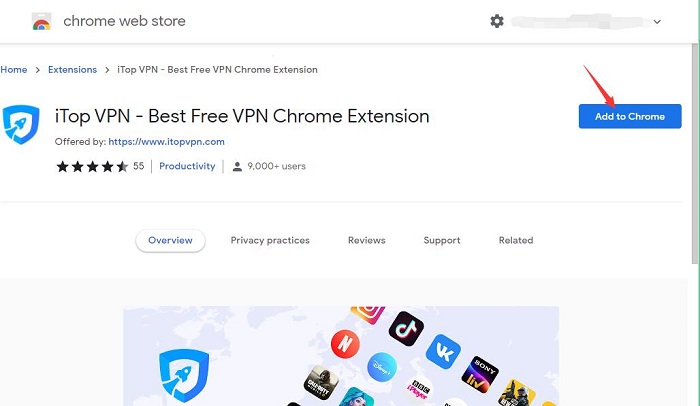 Google One is a subscription plan giving you more storage to use across Google Drive, Gmail, and Google photos and other benefits. Important things can be backed up with Google One app on Android or iOS. It doesn’t have a free plan. A one-month subscription costs $9.99 and a year subscription $99.99.

VPN by Google One app claims to encrypt your phone’s online traffic. With the VPN, you can:

Google One is published mostly for storage. The VPN by Google One is only available for Android and iOS and has no free trial. Considering its limitation, iTop VPN, a free VPN for Google, is preferred as it is available for PCs and mobiles. Besides, it has free VPN Chrome extension. So whether you’re trying to unblock Chrome, protect online privacy, or find a VPN extension solely, iTop VPN is your top choice.