Want to get Snapchat unblocked at school/work? Use VPN to change Snapchat location to Unblock Snapchat login privately and safely.

Snapchat, the instant messaging app, greatly entertains people by sharing seconds-available photos, and videos with friends and families. Originally receiving greatly popularity among young generations, it now becomes one of the must-install social media apps for users of all ages. As a Snapchat lover, you don’t want to miss any shared funny moment. But, usually, you can’t access Snapchat at school/work because network administrators have blocked the app. On the other hand, Snapchat login is banned in some countries - like UAE, India, Iran - due to government censorship.

Schools and workplaces block internet access to social media services to limit distractions or bandwidth consumption, which makes Snapchat inaccessible on school and work network/Wi-Fi. VPN creates a classified tunnel for data transmission that is able to hide your online activities and bypass tracks from network administrators. Therefore, you can easily break restrictions and unblock Snapchat at school, workplace through VPN.

Also Read: How to Unblock URLs at School, Workplace >>

At the beginning, you need to pick a reliable free VPN. iTop VPN is an easy-to-use VPN provider for multiple platforms. It experiences unblocking various social media services and websites, available to unblock Snapchat, Instagram, YouTube, Netflix and more, no matter where you are.

iTop VPN offers free worldwide access to online content. It gathers thousands of VPN servers in over 100 locations allowing you to change Snapchat region after connecting a right server. Your real IP address is disguised as a share one. Hosts can’t precisely detect the location and perform geo-blocking. And, all servers feature great performance. You don’t need to worry about connection stability and speed, no sudden drop or interruption. Just enjoy Snapchat from anywhere at all time.

This best free VPN for Snapchat guarantees the highest level of online security protection. It implements military-grade encryption on traffic. Your everything online, like ID, personal info, and browsing history, can be absolutely masked. Hackers can’t attack you or steal your data. Network administrators, ISPs, governments can’t track you. What’s more, iTop VPN is a no-log VPN so that it will never retain your data to avoid leaks of your privacy.

Split tunneling is another highlight of iTop VPN. It enables you to access Snapchat using an encrypted VPN connection while using other unrestricted apps or browsing websites with local internet connection. Because of the technology, you can surf online or use any apps without slowing down the network.

Step 1. Download and install Snapchat. Please make sure that you get the right version on corresponding device. 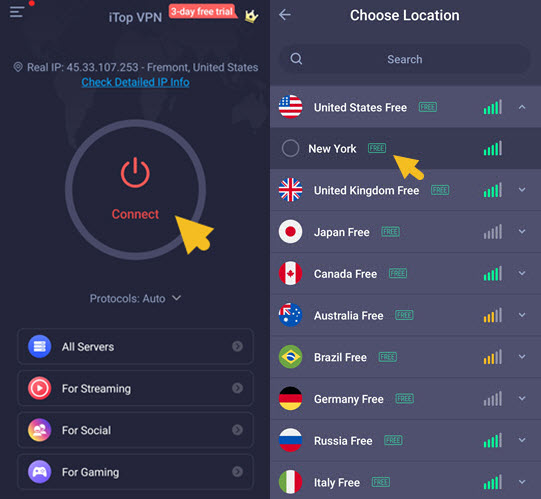 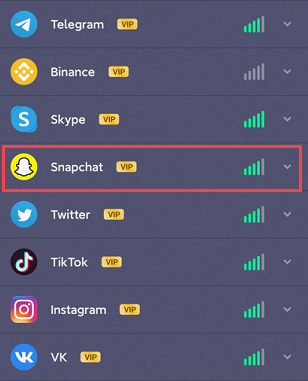 More Ways to Unblock Snapchat at School or Work

Step 2. Download and install an emulator (for example BlueStacks) on PC or Mac.

Step 3. Install Snapchat from Google Play or App Store. Then, you can use it on a computer.

Some network administrators block apps or websites only through DNS. If so, you can change default DNS to another one, for example, Google DNS, to unblock Snapchat.

How to unblock Snapchat? The trouble is easy to solve with a VPN. iTop VPN, the best free VPN for Windows, Mac, iOS and Android, provides the safest way to break restrictions on Snapchat. It can change Snapchat location by changing IP address to bypass geo-blocking. It also masks your online activities to prevent network administrators’ tracks. The world-class encryption of data will defend against online attacks and protect your privacy from leaking. It is no doubt that iTop VPN is the best solver to unblock Snapchat at school, work and anywhere.