We test and rank top 5 speed VPNs for Mac 2023. Free download the best speed VPN on macOS to speed up your internet.

VPN, well known as security and privacy protector, is the ideal supplementary software to strengthen firewalls on macOS. It excels in increasing anonymity and unblocking various restrictions in the internet world. Yes, you may require something more, for example faster connection for gaming, streaming, downloading while keeping private on Mac. If so, you need to a speed VPN for Mac. 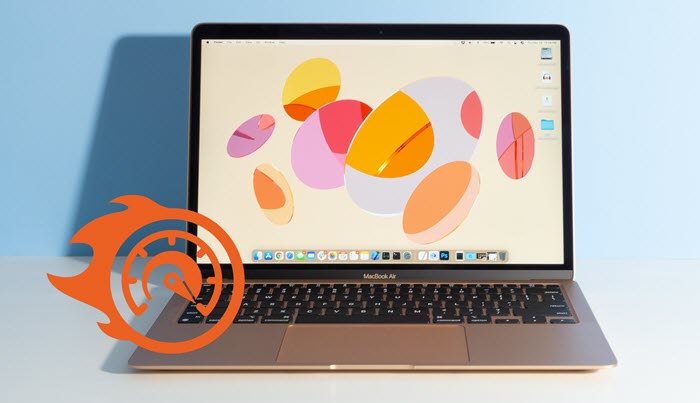 It is not hard to get a free VPN for Mac but you should take time to pick out a qualified one through evaluation. To save your time, we have tested and listed top 5 speed VPNs for macOS in 2023 for your reference.

Can VPN Speed Up Internet on Mac

VPN reroutes internet traffic through an extra encrypted tunnel to slightly increase data transmit time for requests and responses. It is called VPN latency and recognized as the primary reason to slow down internet when using a VPN. In addition, overloaded server is the other cause of slower VPN connection. If one server receives requests beyond its capacity, the buffering occurs.

Speed VPN for Mac can pull you out of the trouble and actually speed up internet not only because of high-quality servers but the ability to stop bandwidth throttling, also known as ISP throttling. In order to reduce network congestion, internet service provider usually throttle bandwidth for downloading, gaming and streaming. VPN can mask your IP and activities to bypass ISP tracking so that you can get a faster connection without bandwidth throttling.

Looking for a free VPN to speed up connection on Mac? iTop VPN is definitely the first choice. It employs powerful servers and advanced network solutions empowering you to surf online with faster network.

iTop VPN offers stable global network for it gathers thousands of high-performance servers all over the world. You can get fast connection on Mac without worrying about buffering or sudden dropping. As a matter of fact, the distance between your location and the server greatly affects internet speed. The closer the distance is, the faster connection you can get.Therefore, iTop VPN builds in Smart Location feature to automatically connect you to the closest and fastest server.

It deploys 4 network protocols to achieve better connection. Auto is the default mode to optimize connection for common online browsing. TCP and HTTPS focus on security, both of which can keep sensitive data (like ID, password) and online activities in security and make data transmission in an extreme stable, private tunnel. UDP controls speed, that is the best network solution for getting ultra-fast speed for streaming, gaming and downloading.

In addition to being a speed VPN for Mac, iTop VPN can give you more:

2. Launch it and click Connect button in the center. It will smartly connect you to the server offering the fastest connection. Otherwise, you can go to All Server > pick a server > connect according to your need. 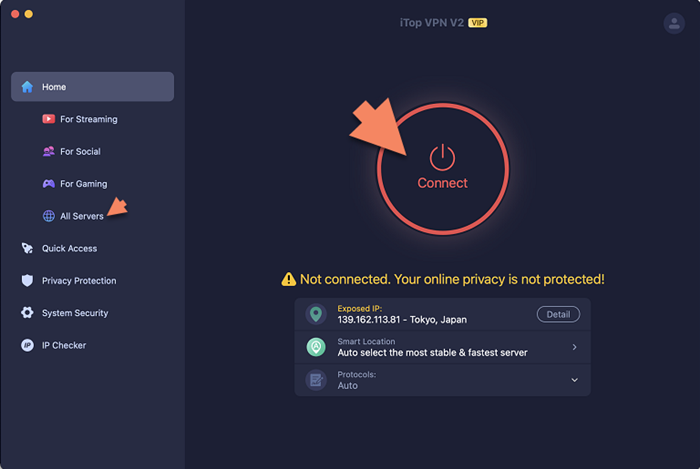 If you try to speed up internet on Mac for gaming, streaming or downloading, you can change protocol to UDP. 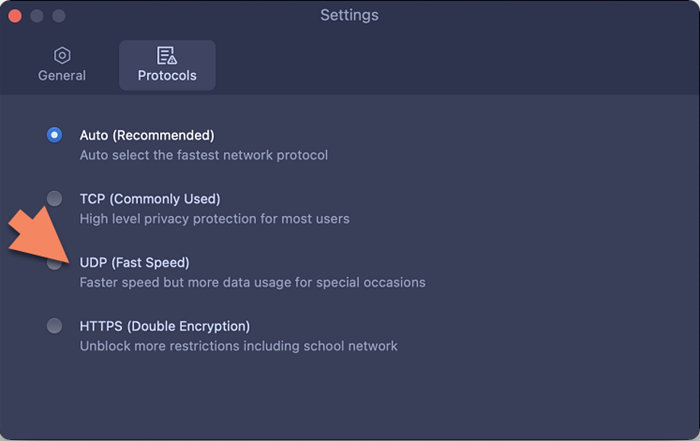 As its slogan, ProtonVPN is a high speed VPN for Mac that provides quick access to websites, social media and streaming services . It continuously improves servers for better performance on connection and privacy protection. It has hundreds of VPN servers worldwide, that show off high bandwidth and low latency connection.

VPN accelerator is the featured technology to increase connection speed and stability. It overcomes CPU limitations, taking advantage of multi-core processors of sever. Compared with single thread, multiple processes eliminate the possibility of overloaded server. It addresses the inefficiencies issue of protocols themselves to reduce packet loss and boast speed. In addition, ProtonVPN gives full support of WireGuard protocols on macOS which can not only enhance security, but offer significant internet speed. 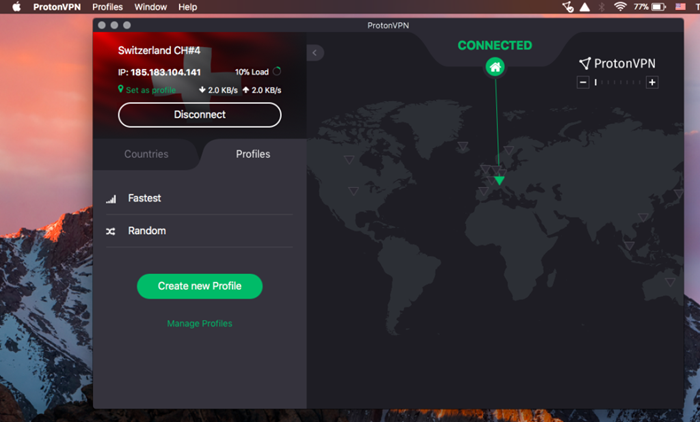 ExpressVPN is one of the most trusted VPN providers that offer secure access to global network. As a top speed VPN for Mac, it perfectly passed the speed test, leaving a impressive result that the speed are remarkably consistent when connecting both short-distance or long-distance servers. It can greatly reduces latency and speed up internet on Mac. What’s more, it builds in a speed test to help you pick the fastest server for streaming HD videos or downloading large files. 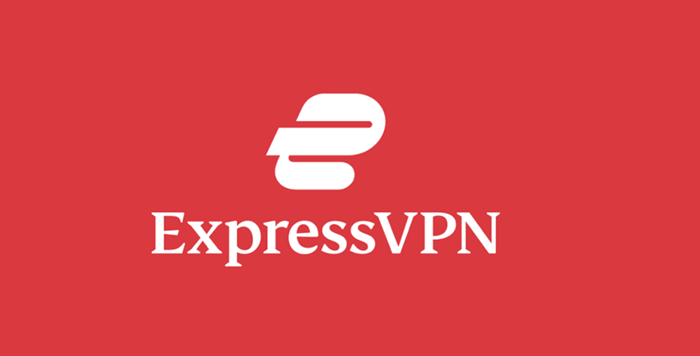 ExpressVPN also has a large array of VPN server addresses in 94 countries, from Americas, Europe to Asia Pacific. All the high-speed servers ensure stable and fast network connection. Smart Location is the best way to get the fastest server that automatically the best location based on download speed, latency and distance. Therefore, you can enjoy blazing-fast speed on internet without testing servers one by one. 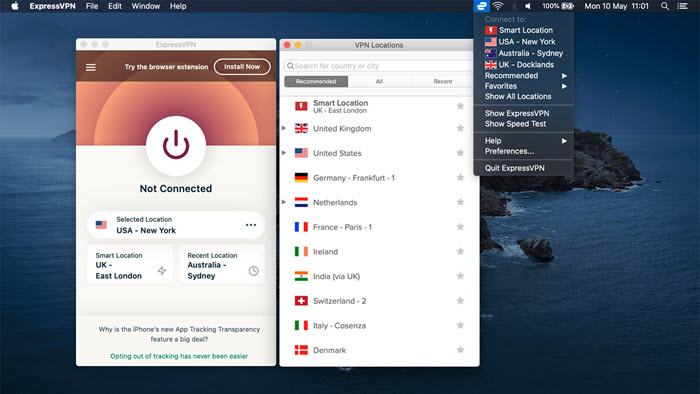 NordVPN wins a reputation in VPN market for its rich experience on safeguarding online security. It is also a competitive speed VPN for Mac that offers reliable and stable connection. It drives you to stream or download any content with unlimited bandwidth, no buffering. It offers 5200 servers in 60 countries so that you can enjoy speedy internet connection no matter where you are. 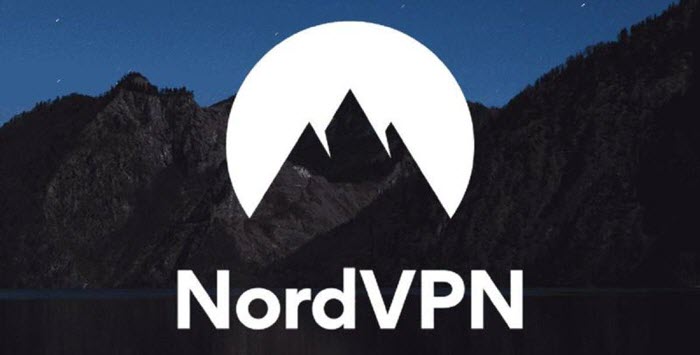 To meet users’ requirement on speed, NordVPN embeds NordLynx protocol to eliminate sudden dips or interruptions. It not only ensures high-speed access to websites, but delivers smooth online playback of HD movies/videos on Mac. For gamers, the speed VPN for mac can help you play any favorite online games with no log. 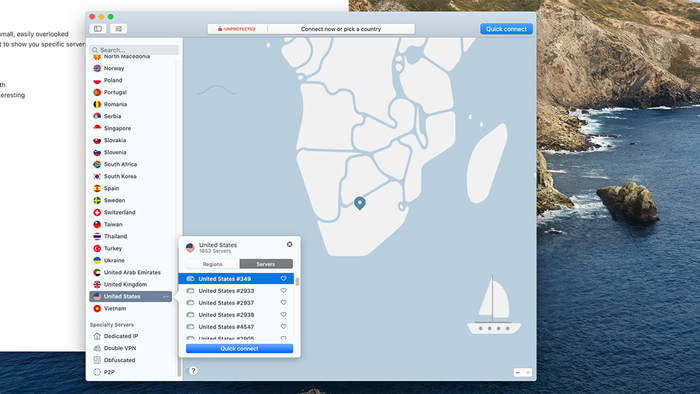 Hotspot Shield is another top speed VPN for Mac that has lightning speed to stream, download, game. It develops Catapult Hydra protocol that helps create an ideal tunnel with high-level security but low latency. Even though you get a long-distance connection, the internet speed is significant faster than other common protocols, like OpenVPN. Speedy connection also makes Hotspot Shield to be a great P2P VPN for fast torrenting.

As other speed VPN for Mac, Hotspot Shield deploys high-speed serve all around the world, 3200+ servers in 80+ countries. It empowers you to test and pick the fastest server to speed up internet on Mac for quicker access. You can also enjoy smooth movie streaming, downloading from Netflix, YouTube etc., thanks to the solid servers. 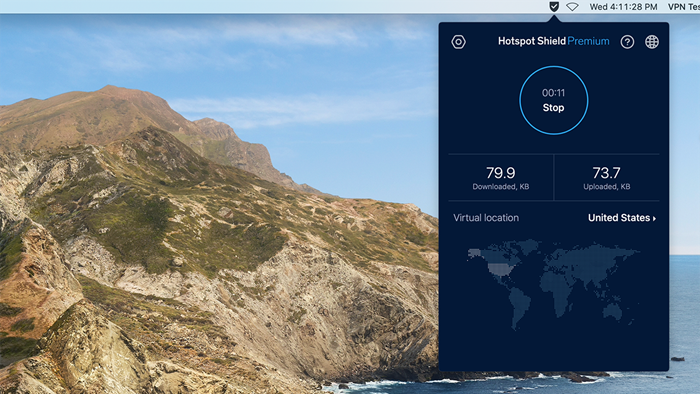 People usually seek for a Mac VPN to further enhance online security. In recent years, more requirements emerge. A speed VPN for Mac that can balance internet connection and security is urgently needed. And, we round up top 5 speed VPNs available for macOS, that features blazing-fast VPN connection. iTop VPN is the recommendation. It is free and easy to use, featuring 4 protocols to achieve faster connection in various situations. Free download speed VPN for Mac to speed up internet now.