In today’s digitally advanced world, everything has gone mobile. Nowadays, people prefer watching videos on their smart devices more than they do on television.

While streaming videos online or watching movies, you may put yourself at the risk of being exposed to prying eyes. This is where a VPN becomes very important. A VPN makes sure that all the data going through your device to the developers of videos or movies is well-encrypted.

For a VPN to make you secure, you should be able to choose the right one. In the following context, you will know how to watch videos with VPN services without putting your privacy at risk. We have compiled a list of the 4 best prime video VPN that prioritize your safety and convenience. 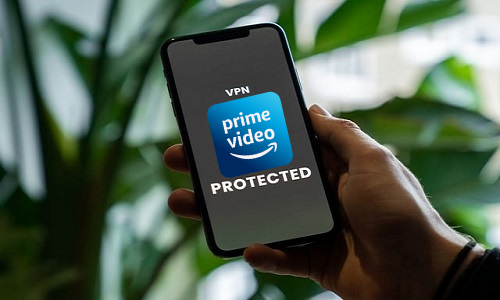 When it comes to finding a professional VPN free for videos, iTop VPN fits all the criteria. While some countries, like Iran, have blocked YouTube which makes it harder for users to watch their favorite shows, other countries only show geo-specific content to their people on YouTube. The newly released Money Heist Show is available on Netflix but if it is blocked in your region, you can use iTop VPN for Windows to unblock your favorite heist show quite easily. iTop VPN has a wide range of servers across the world which makes unblocking videos, movies, and shows easier than ever.

One of the most amazing things about iTop VPN is that it is free forever. As you will see below, other VPN services don’t offer a free service forever. In addition to being a free prime video VPN, it is also the fastest VPN that you will ever come across.

What you’ll benefit from iTop VPN?

With iTop VPN’s kill switch, your privacy could not be more protected. While watching the prime video with VPN, the data that is uploaded to different servers from your device is first encrypted by iTop VPN. This makes it impossible for anyone to access your files. It does not compromise the security and privacy of your internet connection while rerouting your connection.

As has been made clear, iTop VPN enhances the speed of your internet connection using its super-fast servers. This makes it easier for you to watch videos in quality and resolution.

Unlimited Free to Use

Do you know any VPN that offers VIP VPN service for free? Well, iTop VPN is the best free VPN for Windows. By watching an ad for a few seconds, you can unlock the free VIP servers. Unlike others that only offer a limited free trial, iTop VPN is always free to use. Although it has a premium plan, you don’t necessarily have to subscribe to it.

As far as the speed is concerned, you will experience a much faster speed than any other VPN service in the world. This is because iTop VPN has the fastest servers around the world even with the free version. This makes it the fastest prime video VPN. Also, while streaming videos, the connection will remain stable and you will not experience any lag.

How to use iTop for prime video step by step?

Click ‘For Streaming’, there are many VPNs for streaming to provide you with professional skills and fast speed. 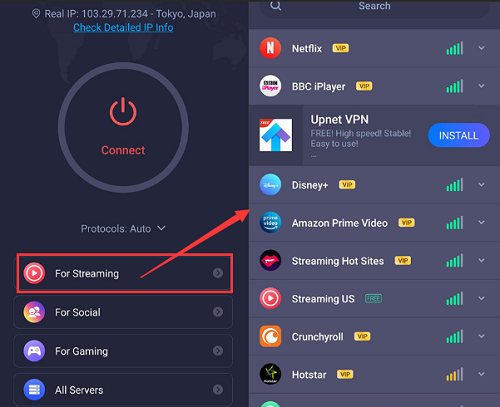 Choose one suitable VPN, click on the“Connect” button in the right side. Enjoy the fastest speed to watch your favorite videos and movies.

When it comes to providing anonymity, you will find ExpressVPN pretty impressive. It uses special VPN protocols to unblock anything restricted in your area. ExpressVPN seldom runs into trouble when connecting you to a private network. Although it is a VPN for Windows free trial, ExpressVPN is not a free VPN service.

Here are some features of ExpressVPN that make it preferable.

160 Server Locations Around the World

ExpressVPN has over 160 servers in more than 94 countries all over the world. You can switch to any server and any country without any restrictions.

With ExpressVPN, you do not need to show your true IP address. The VPN service offers the best encryption possible.

The kill switch feature saves your connection when your VPN gets disconnected.

Apps for every device including iOS, Windows, Mac, etc.

How to use ExpressVPN step by step?

The first thing to do is downloading the VPN and installing it on your phone. You can find the app on App Store for iOS devices, and other platforms as well.

Now, you have to choose a plan to carry on. Select the one that meets your preferences or you can go for a 30-day free trial.

Step 3: Connect to a server

Select one from 160 server locations from around the world and connect to it. Enjoy the fastest anonymous browsing and streaming videos.

One of the fastest and most reliable services, NordVPN is well known for its security and privacy. NordVPN offers 5000 server locations in over 80 countries. It is a paid VPN with a 30-day trial period.

NordVPN is famous for its features as discussed below:

Unique to NordVPN, this feature lets your route and encrypt your traffic using two servers.

Additional security is offered by using a Tor Network along with the VPN server you are already using.

It unblocks every video streaming as well as movie streaming platform that is blocked in your area. Including YouTube, Netflix, amazon prime video, and BBC iPlayer, you can access anything.

Fast, responsive, and helpful customer support makes it one of the best prime video VPN.

How to use NordVPN step by step?

Open the app on your smartphone, tablet, PC, or any other device after installing.

Using your login credentials, log into NordVPN and proceed to the next step.

After logging in, click on the “Connect” button. NordVPN will automatically connect your devices to the fastest server available. 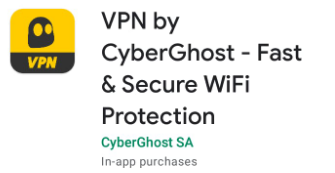 This is the best prime video VPN for people who are new to virtual private networks. The simple user interface along with a 45-day trial period makes it preferable for new users. It had more than 7000 server locations covering 91 countries.

Here are some notable features of CyberGhost.

All it takes is only a single click and your IP address is no longer visible to anyone.

Due to copyright infringement, torrenting is considered illegal and may be blocked in your area. With CyberGhost you can torrent as much as you wish.

Protect your privacy even when you get disconnected from the server up until you get connected again.

With 24/7 live chat customer support, all of your problems will be sorted out instantly.

How to use CyberGhost step by step?

After installing it on your device, scroll through all the apps to find the CyberGhost VPN application. Launch it by clicking on it.

Upon launching the app, you will come across a screen with a power button a “Best Location” statement. You can use the default location or choose the one you prefer.

Click on the power button and you will be connected to the location you selected.

Everyone loves watching videos and streaming movies on their smart devices. While doing so, people may expose their location and usage history to third-party organizations or hackers. A great prime video VPN lets you access the restricted content without compromising your safety, security, and internet speed.

What if you could get all that for free?

Yes, you heard it right. iTop VPN is the fastest, most secure, and the smartest prime video VPN that offers all that for free. Download and install it to your phone and enjoy unlimited anonymity.