Best No Lag VPN For Fast Gaming Experience in 2023

It is annoying to drop off in the middle of a game match due to poor connection or ping spikes of the game servers. Use the best no lag VPN server to win.

Many people use a VPN to unblock region-restricted games or change the IP address via VPN servers to log in to different game servers. However, many VPNs usually cut your network speed and, as a result, affect your gaming experience, especially at critical moments in the game. 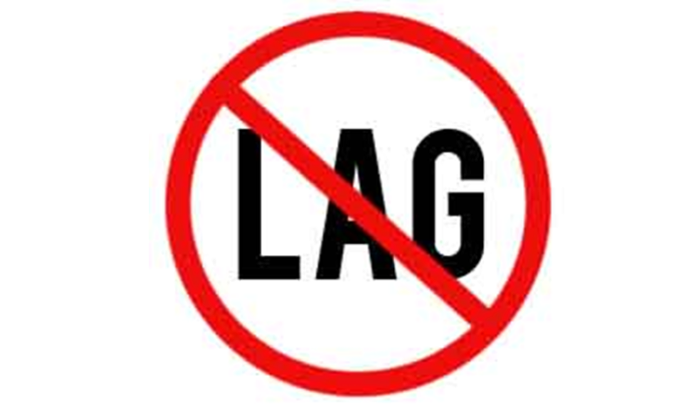 Is there any no lag VPN tool that can lower ping for the fastest gaming? Read below, you will find a review of No Lag VPN and its best alternative iTop VPN, a no lag VPN free app to boost your gameplay.

Contents
What is a No Lag VPN?
No Lag VPN - Dedicated to Supporting WarZone Players
iTop VPN - Best No Lag VPN for Gaming and Streaming
FAQ About No Lag VPN

What is a No Lag VPN?

Lag is delay or latency between the action of the user and the reaction of the server supporting the task. A no lag VPN means a VPN server that your Internet traffic is routing through can provide fast network speed to support a latency-free experience.

This is essential especially for multiplayer games because most of them are played online. High ping and spikes in lags will definitely ruin the gaming experience.

However, a no lag VPN doesn't mean a zero-ping VPN. A ping of 15ms - 45ms is considered to be excellent and up to 100ms is somewhat acceptable. So, when you are looking for a no lag VPN, you are seeking a VPN that can minimize ping to fall within the range aforementioned.

Using a LAN network connection can minimize ping and ensure only an individual's performance will affect the results of a game. On the other hand, installing a lag-free VPN on your computer can smooth your gaming experience anywhere.

You may like: How to Change Steam Region to Other Country 2023

No Lag VPN is not s typical VPN service that provides VPN protection for all traffic but is optimized for WarZone players and only routes gaming-related traffic through its servers. It means that a regular internet connection will pass through its servers without encryption or hiding your real IP address.

It claims it provides low ping, no packet loss, and a variety of server locations to choose from for WarZone players on PC. It offers a no lag VPN free service. A year subscription to NoLag VPN works out at under $5 a month.

iTop VPN - Best No Lag VPN for Gaming and Streaming

In addition to boosting your gaming experience, if you want a no lag VPN to offer full-strength protection of your online identity and unblock geo-restricted streaming platforms, a versatile VPN service - iTop VPN can be your help.

iTop VPN is one of the fastest VPNs with a guaranteed blade-fast connection to play games in easy lobbies with no lag.

How to use iTop VPN to enjoy a lag-free gaming experience?

Step 1: Download iTop VPN on your device. It has dedicated apps VPN for Windows, macOS, Android, and iOS. The process here is on a Mac computer, but the steps on other devices are pretty much the same. 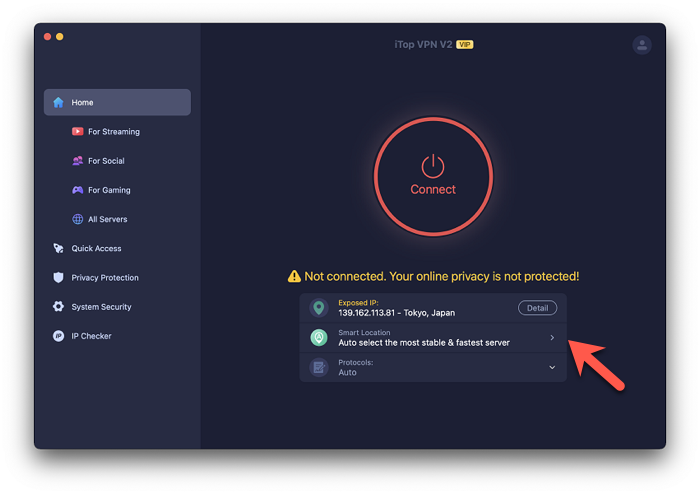 You can also upgrade to a VIP user and click the "For gaming" in the left panel, You find more VIP-exclusive gaming servers. 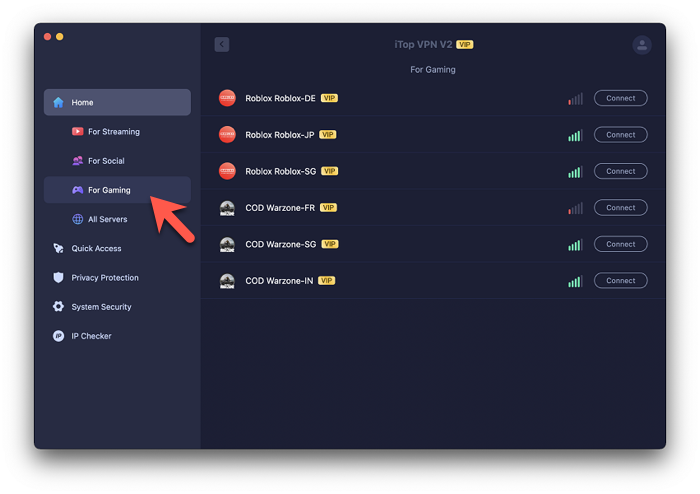 Step 3: Click the "Connect" button for a server and wait for the app to turn on VPN protection. 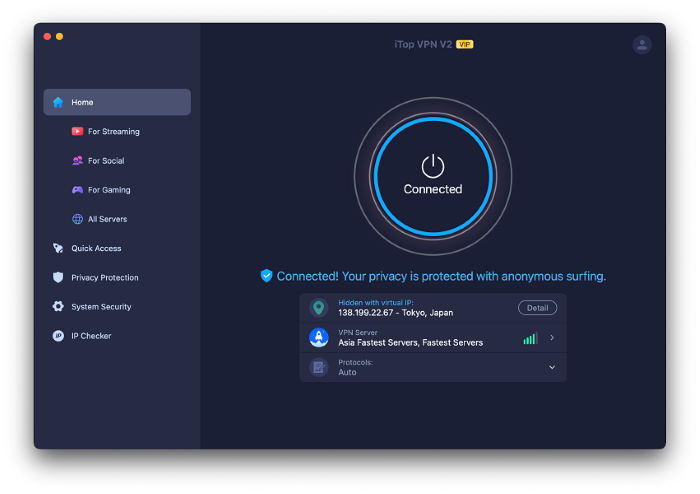 1. Which VPN is the best for gaming?

2. Does no lag VPN actually work?

Even though a VPN is believed to decrease the internet speed due to the extra connection and encryption between the VPN server and gaming server, a no lag VPN still brings some advantages. A VPN allows you to change your IP address and possibly helps you get into easier lobbies. In addition, a VPN can stabilize your ping by defending your traffic against the ping spikes that cause lag in games.

iTop VPN is a no lag VPN free service. You can download it and start to enjoy a fast connection to gaming servers and a latency-free gaming experience.

Having a sudden high ping while playing online games can completely ruin your experience, throwing you off the rankings. Using a no lag VPN can help you get access to its superfast worldwide server network, lower your ping, and protect you from data leaks with its advanced security features.

iTop VPN is an advisable option as a no lag best free VPN for Windows and mobile systems, providing a delay-free gaming experience and full protection to your online traffic.