Are you tired of regional and lagging issues? If that's the case, then Free Fire VPN is definitely your best option.

Free Fire,  an action-adventure battle royale game consisting of up to 50 players. It spread massively around the world in no time especially after the ban of PUBG in certain countries and holds the honor of being the most downloaded game in 2019. Almost 80 million users are actively using it on a daily basis across the globe. However, this game has certain regional limitations and a specific geographic area is assigned based on the location of the users which at times is not desired and its active users are constantly trying to overcome these boundaries. In order to cope with this, an exclusive Free Fire VPN is the best possible solution. 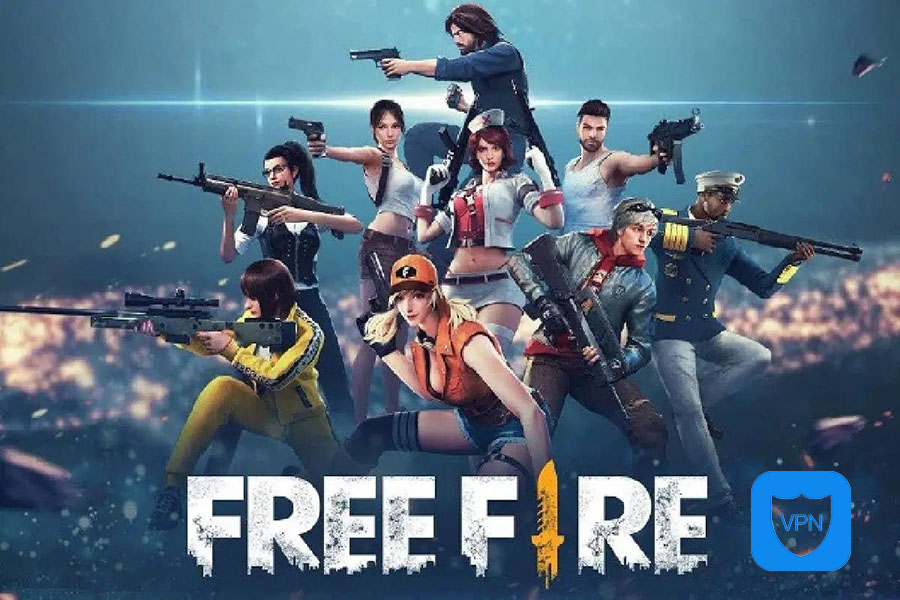 4 Reasons to Use the Exclusive Free Fire VPN

There are a certain number of factors that are held responsible for making Free Fire VPN a must-have tool of 2021. We will dig deeper into the reasons one by one.

2: Get Free Diamonds On Different Servers

By the time you create an account of Free Fire, you are connected to the nearest server based on the geographical location in which you are residing. You are not permitted to change the server according to your needs and desires. But this can be done using a VPN.

You can change your server and earn free diamonds by using each server which cannot be accomplished without a VPN Free Fire Server. Now you can go ahead and play free fire as much as you want and earn unlimited free diamonds.

Once you get into the amusing world of Free Fire there is so much excitement waiting for you to explore.

Free Fire organizes different events to entertain its players and to boost their learning. But you may be restricted from attending these events by certain limitations that are based on your locality and your geographical region.

This obstacle can be removed using a Free Fire VPN. We can utilize the VPN to change the locality in which you are residing to the location of your choice. In this way, we change the servers and use different servers to attend the events towards which we are inclined.

4: Play with Friends on other Servers

Free Fire does not permit us to connect with the players of certain countries because our locality has imposed certain limitations. This issue can be countered using a Free Fire VPN which allows the user to change his country and enjoy playing with people from all around the globe without any constraints. VPN Free Fire headshot makes things even more exciting.

iTop VPN is an absolute solution to all the issues that one encounters while playing Free Fire. Some of its key features are mentioned below:

One of the top features of iTop VPN is that it is an exclusive node for Free Fire. It is specifically designed for Free Fire Game securely enhancing its accessibility around the globe.

With the aid of iTop VPN, we can easily manage to connect with the networks of almost 1000 plus global proxy servers which includes 13 Free Fire Servers and most of the countries fall in this coverage. Some of the areas include Indonesia, India, Thailand, Russia, Brazil, Vietnam, Mexico, the Middle East, Taiwan, Europe, Pakistan, Malaysia, and Bangladesh. It enables a faster and secure gaming and streaming experience.

One of the distinctive features of iTop VPN is its unlimited bandwidth. It offers a delightful experience of faster internet connection without imposing any bandwidth restrictions or limitations. In other words, there will be no Fair Use Policy to hamper your internet speed after you have surpassed a certain fixed limit of data.

In a nutshell, we can say that an iTop VPN will give the best possible results with regard to speed and data usage.

An amazing characteristic of iTop VPN is free and secure VPN for PC, Android and iOS devices which will be most staggering for most of its users. It is one of the rare VPNs in the market that is free and provides free servers without disclosing your private information to a third party.

iTop VPN provides the best possible military-grade encryption and makes your privacy and security inaccessible and impenetrable. You can easily secure your internet connection without the fear of losing your personal and identity information and you are totally relieved from hackers and frauds.

With the help of iTop VPN, you can unlock and easily access geographically restricted websites which have multiple advantages. You can procure benefits from the learning content that is not available in your country. Plus, you can have an additional advantage of playing games blocked in your region.

How to Use the Best Free Fire VPN - Step by Step

You can use iTop VPN to play Free Fire easily. The steps involved in using the iTop VPN for Free Fire are listed below:

Step 2. Now move to the option of settings and the next step is to clean all the app data pertaining to the Free Fire. Now iTop VPN can be used to change your current location to your desired location. For this click on the option of “All Servers” 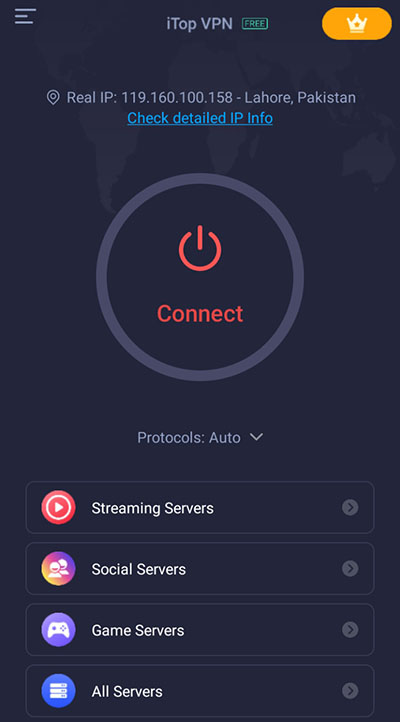 Step 3. As soon as you click on the option of all servers choose your desired country and then click on connect. After accomplishing this you will receive a connection request. Accept it. Now in the next step, you are supposed to launch Free Fire and then you can create a guest account to go ahead with the things.

In today’s world where entertainment in the form of gaming has become an inevitable part of our lifestyle the role of VPNs has become pivotal no doubt. The use of Free Fire VPN can resolve a number of complications that we encounter while playing it. In the highly competitive market of VPNs for Free Fire, iTop VPN holds a remarkable position due to its magnificent features specifically designed for Free Fire.

It makes playing Free Fire more amusing and a greater fun activity without any geographical restrictions. So, if you are someone going through the issue of lagging, restricted content, and longing to play with players all across the globe download iTop VPN and put an end to this issue forever!