Looking for the best Dubai VPN to unblock websites, apps, and streaming platforms？ Explore to find out the best VPN for Dubai and how to use it.

Dubai is one of the most popular tourist attractions in the world. Not only is it a hub for cultural communities, but it also provides the most earning and learning opportunities. This is the reason why people love to go to Dubai. The problem for people living in Dubai or anywhere else in UAE for that matter is that they don’t have much freedom when it comes to surfing the internet. If you live in Dubai, you may have come across certain circumstances where you weren’t able to communicate over VoIP apps like WhatsApp, stream certain platforms like Netflix, Hulu, and others. The same is applicable for people traveling to Dubai as they are unable to watch or stream from certain Dubai channels. 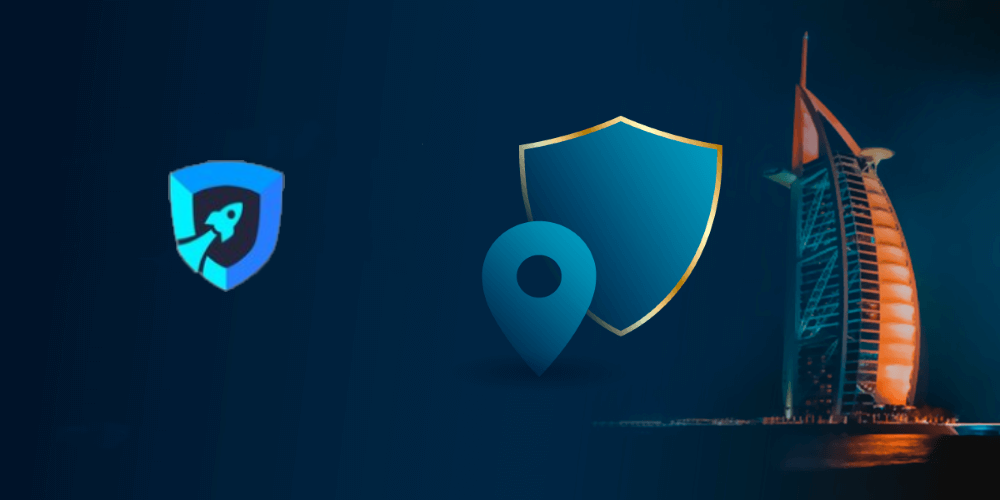 While that is a problem for many, fortunately, there is a solution for this problem. A Dubai VPN is your first and last option when you want to do everything you want to do over the internet. iTop VPN is the best VPN in Dubai that can unblock anything from websites, VoIP apps, and others all the while assuring and prioritizing your privacy in the city. Not only that but it is considered the best VPN Dubai iPhone and you won’t need anything else if you start using it.

Contents
How to Use a Dubai VPN - iTop VPN?

Is a Dubai VPN Illegal?

How to Use a Dubai VPN - iTop VPN?

iTop VPN is the fastest, safest, and secure virtual private network available today. Using it, you can unblock any content whether it is a website, an app, or any other platform such as Netflix, Hulu, YouTube, etc. The government of Dubai imposes a lot of bans and restrictions when it comes to the usage of the aforementioned apps and platforms. The reason behind that is that it wants its telecommunication services to thrive and increase profits every year. So, if you want to have a look around now and then or you want to surf the internet without any restrictions, iTop VPN as a Dubai VPN is the best thing you will come across.

iTop VPN is the best VPN for Dubai because of the features that it provides.

Features of iTop VPN as a Dubai VPN:

Here are some of the most important features of iTop VPN that make it the perfect choice for you.

You can start using iTop VPN very easily. Just follow the 3 easy steps given below and you will be all set.

Find the app on the Google Play or App Store for your Android device or iPhone with keywords “iTop VPN" in the search bar and you will see iTop as the first search result. From there, install the app on your phone and launch it.

Upon launching the app, you will be taken to a connection page where you can connect to a private server. From here, you can find the “All servers” option right under the big “Connect” button. Select any server of your choice for Dubai VPN.

After selecting the server that you want, it's time for you to connect to that server. Just click on the big “Connect” button and your connection will go private. You can now use blocked websites, apps, and VoIP apps very easily.

Step 2: Go to the top right corner of the main screen in your app, find a golden crown upgrade icon in the corner and click on it.

Step 3: Choose a plan that's right for you, and 100% money back if you are not satisfied.

(The latest pricing and discount offered as below) 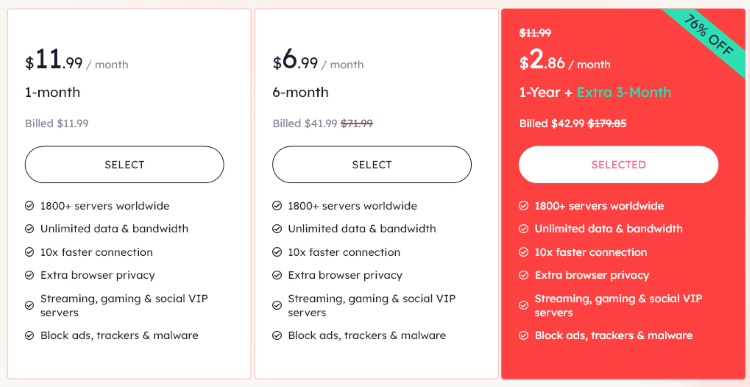 Step 4: That’s it. Enjoy your premium access to iTop VPN! 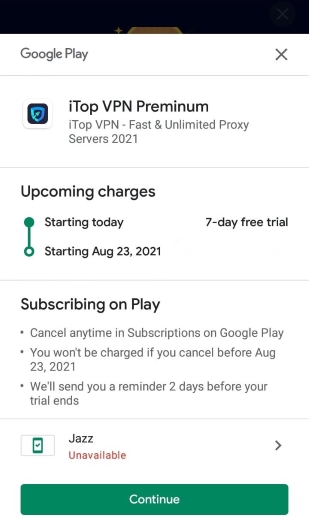 Is a Dubai VPN Illegal?

The situation of VPNs in Dubai is complicated. Although the use of VPN is not legal, it is meant to be only used by institutes, businesses, banks, and other such corporate businesses. As long as someone uses a VPN for business purposes, the use of a VPN is legal. But when a VPN is used for illegal purposes such as unblocking the blocked websites, playing blocked games, using blocked VoIP apps, or streaming from online streaming platforms, it can lead to a fine imposed by the government or imprisonment, or both. People are prone to certain punishment from the government if any Dubai VPN illegal used.

As Netflix runs worldwide, it has specific content for specific locations in the world. While in Dubai, you can only access the content that is meant to be for Dubai only. If you want to stream movies or show from US Netflix, you cannot do it without a Dubai VPN as it is blocked in Dubai.

Hulu is a US streaming which means it is only available for US citizens. Due to geo-restrictions, you cannot stream Hulu in Dubai.

BBC iPlayer is another famous steaming service that is blocked by the government in Dubai. You cannot access the service without violating the laws.

Different social media websites such as Facebook and Instagram are running in Dubai. Facebook, however, is continuously being monitored by the authorities for posts. All the irrelevant posts and users are removed from the platform instantly. Instagram, on the other hand, is open for everyone in Dubai. Although, its video calling feature is not.

#1. WhatsApp - you can use WhatsApp for sending messages, photos, or documents but voice calls and video calls are banned in Dubai.

#2. Skype - according to Skype, the servers for this famous video calling app have been taken down by the government, so you cannot use Skype in Dubai anymore without a Dubai VPN.

#3. Zoom - although UAE let people use Zoom during the COVID-19 crisis, the use of zoom will be banned in Dubai as it is another video calling app.

Dubai attracts more visitors and people looking for jobs every year than any other city. But when in Dubai or traveling to Dubai, people cannot access the different streaming services such as Netflix USA, Hulu, or they cannot make calls via VoIP apps such as WhatsApp or Skype. A Dubai VPN is paramount if you are living in Dubai or if you are traveling from Dubai.

iTop VPN is the best VPN that can unblock everything in Dubai. From streaming services, video games, to VoIP functions, there is nothing you cannot do using iTop VPN. You can download the app for iPhone, Android devices, as well as for Windows.

So, what are you waiting for? Download iTop VPN today and start streaming your favorite movies from Netflix USA and start making voice and video calls in and out of Dubai in the safest and fastest way.