Are you looking for a reliable, safe, and free VPN for your Android device? Read about the best secure VPN app for Android - Free, Fast & Safe in 2022.

Is a VPN, or virtual private network, essential for your Android phone or tablet? The simple answer is yes, and we highly advise you to do so. Because your mobile devices store some of your most personal data, a VPN can provide you with peace of mind, especially if you use public WiFi on your Android smartphone.

Unfortunately, finding the best secure VPN app for Android that you can trust is tricky. There are hundreds of bogus VPN applications on the Google Play Store that might infect your Android with malware. Furthermore, you can choose the most suitable VPN to protect the safety of your devices. 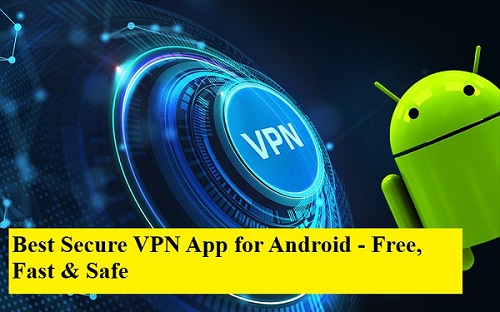 If you are looking for the best secure VPN app for Android devices to protect your privacy, you should make sure that it is reliable, user-friendly, and safe. One of the best VPNs surpassing all other VPNs in the market is iTop VPN.

This free VPN has a very user-friendly interface. The iTop VPN App can assist you in gaining unrestricted access to any internet material. With this best VPN for Android, you can say goodbye to geo-restrictions that prevent you from using numerous apps when traveling throughout the world!

iTop VPN offers over 1800 global network servers for streaming, social networking, and gaming, and you can unlock Pinterest, YouTube, Instagram, and so on. Three distinct network protocols: TCP, UDP, and HTTPS. You have the freedom to select the VPN server and network protocol that are most suited to your needs. Also, it is the best free VPN for Windows, you can download it for your PC if you need it.

Some of its features include:

You can connect to iTop VPN to safeguard yourself from hackers and data theft when using public WiFi in places like airports, coffee shops, and restaurants.

With the free iTop VPN for Android, you can connect to the worldwide network and bypass any restrictions. As a result, you have complete control over what you see, no matter where you are. Also, it is a free unlimited VPN for Windows, you can use it on your PC if you need.

iTop VPN is the most user-friendly and free VPN on the market that allows you to use it without signing in or logging up.

The iTop VPN service can automatically "stop" your computer's internet connection with the kill switch feature if your VPN connection is disrupted. In this manner, you'll be safe anytime your network is threatened. In addition, your ISP, as well as any eavesdroppers, will have no way of knowing you were using a VPN.

How to use the best secure iTop VPN for Android step by step?

Follow these steps to use the best secure VPN app for Android free:

Step 2.  Select the Server. Launch the iTop VPN app on your Android device. Next, click on All Servers and choose a server location of your choice.

Step 3.  Connect. Click on Connect, and you will be able to enjoy blocked websites and apps.

How Does the Best Secure VPN App for Android Protect Your Privacy?

The internet is a massive network that connects all of the computers on the planet, a lot of bad people can also use it. There have been several cases of people being duped and getting their identities stolen. The most typical issue you'll experience if you don't use a VPN network is that anyone can track you! This means they have access to your address and can use it to commit various criminal acts against you.

If you don't want to go through this, you should use the iTop VPN security app for Android. You can access servers worldwide, including Brazil, Singapore, Japan, Canada, Australia, the United Kingdom, etc. You can also access banned content, and limitations are no longer an issue. Furthermore, with the stay anonymous feature of this app, you can hide your true identity when browsing the web. As a result, any of your online actions will not be monitored by other parties. In addition, the iTop VPN App encrypts your Internet traffic and conceals your IP address. Ultimately, this contributes to a more secure and safe online environment.

There are several benefits to using iTop best secure VPN app for Android. The UI is more suited for users who wish to personalize their VPN experience. Its benefits include:

This iTop VPN Android feature allows you to choose which apps to secure and ignore. Split tunneling should only be used while connected to a secure network due to the risks of leaving your traffic data exposed. Otherwise, don't set any exceptions and allow iTop VPN to encrypt 100% of your device's traffic.

You can whitelist this app in the Battery Optimization settings on Android and it will run in the background.

Users of iTop VPN can connect to any of their servers located around the world in various well-known places at any time of day or night. You'll be able to access material that is usually only available in specific areas and enjoy quicker internet connections. In addition, you can access Netflix US and other networks to view shows that aren't accessible in your area.

The majority of us use multiple devices at the same time. The issue is that purchasing VPN licenses for each device is costly. You can use the same license for up to five different devices with an iTop VPN. It works with Android, iOS, and Windows operating systems. Once you're connected, you can use the VPN right away.

You are free to stream, download, and post as much as you like. There's no need to be concerned about being abruptly interrupted due to bandwidth limitations.

iTop VPN auto connects to the most reliable and quickest server location to get around content limitations.

iTop VPN, the best secure VPN app for Android, provides excellent security and privacy features to keep your information safe. Furthermore, it is user-friendly and has added features like access to geo-blocked streaming sites, kill switch, WiFi protection, and more. Just try to download iTop VPN to protect the safety of your Android devices.